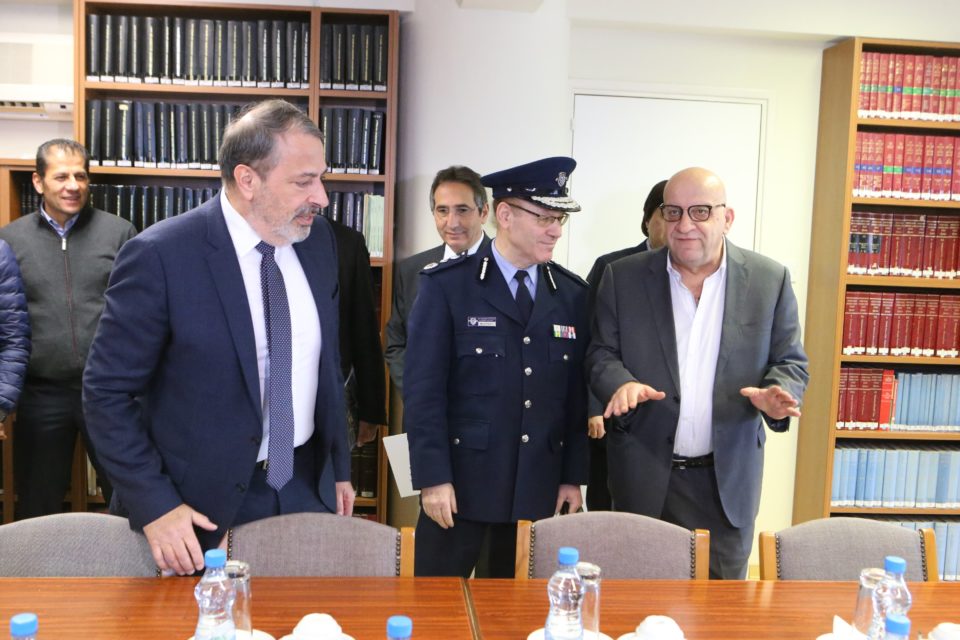 All football league matches in Cyprus will resume after they were cancelled on Friday following a bomb attack against one of their own in Larnaca earlier in the day, the justice minister announced on Monday.

The decision to resume all the matches was announced after Justice Minister George Savvides met the Cyprus Referees Association, the Cyprus Football Association (CFA) and the police.

Meanwhile, the 30-year old footballer arrested on Sunday in connection with investigations into two matches that saw unusual betting was released on Monday morning without charge, police confirmed.

Savvides announced the appointment of Christophoros Mavromatis as the head of a special police force tasked with monitoring corruption in football.

He also said the police have established a dedicated phone line for people who want to anonymously report incidents or suspicions of corruption in football. The phone line is called Red Button and can be reached at 1460.

“The police will continue to monitor the situation carefully and, when needed, take measures against corruption,” Savvides said.

“Referees cannot feel threatened, they must know that we are here to protect them.

“Football must get rid of the black wolves that are tarnishing it. For anyone who loves football, now is the time to talk.”

He also urged parliament to pass a law that would allow the monitoring of telecommunications data of individuals believed to be involved in corruption.

CFA president George Koumas welcomed the resumption of the fixtures.

“Today we had some good news,” he said. “I hope that, with the help of the government, we will manage to keep our sport clean, corruption free and devoid of violence in order to offer a better product to fans in Cyprus.”

Koumas thanked Savvides and the chief of police Kypros Michaelides, “who promptly responded to the CFA’s call and sat down with all interested parties to exchange views and find a solution in order to ensure the referees’ safety”.

He added that specific measures to protect the referees and their families will be implemented immediately.

Speaking about the arrest, police spokesman Christos Andreou said there was a mistake in the Uefa report and as a result the Limassol-based second division Karmiotissa player was released.

“After we arrested the player, we carried out an interrogation,” Andreou said.

“However, we found that the report that was handed to us was inaccurate, as there were several mistakes in it. As a result, the player was released without charge.

“I want to make it clear that this was not a mistake by the Cyprus Football Association (CFA) or by the police. We brought in the player based on the Uefa report, so there was no mistake from our side.”

Andreou said other arrests were possible.

The police have received five reports from the CFA regarding suspect games, including one on Sunday, and have said they are determined to stamp out the phenomenon.

The player’s arrest followed the CFA saying on Saturday that Uefa had accepted its request to dispatch a team to the island over the ‘red notices’ it sent on suspicious betting activity that could mean match fixing.

“The CFA will continue its efforts, in cooperation with Uefa and with the police, to stop match fixing from happening,” Koumas said.

“Unfortunately, it is not easy to uncover such illegal activities, but we are determined to find a solution and the law that would allow the monitoring of telecommunications data of individuals believed to be involved in corruption will help us massively.”

The issue regarding Uefa’s team dispatch to Cyprus was discussed on Friday at a meeting at the justice ministry following a bomb attack against a football referee in Larnaca earlier in the day.

The Uefa team will cooperate with the police to investigate the matches for which the European football governing body issued the notices over suspicion of foul play.

They will also train representatives of football clubs on how to deal with them.

The wrongful arrest of the footballer will have negative developments, Cyprus’ football players association (PASP) said in a statement on Monday.

PASP said it expected the police to announce who is responsible for providing the incorrect information.

“The incident that led to the unfair arrest of a person based on a mistake on the pitch is shameful,” the statement said.

“We have always stood against corruption and match fixing. We want the authorities to bring those responsible for the latest incident to justice and we can guarantee we will do our best to assist them in clearing Cypriot football of all accusations.”