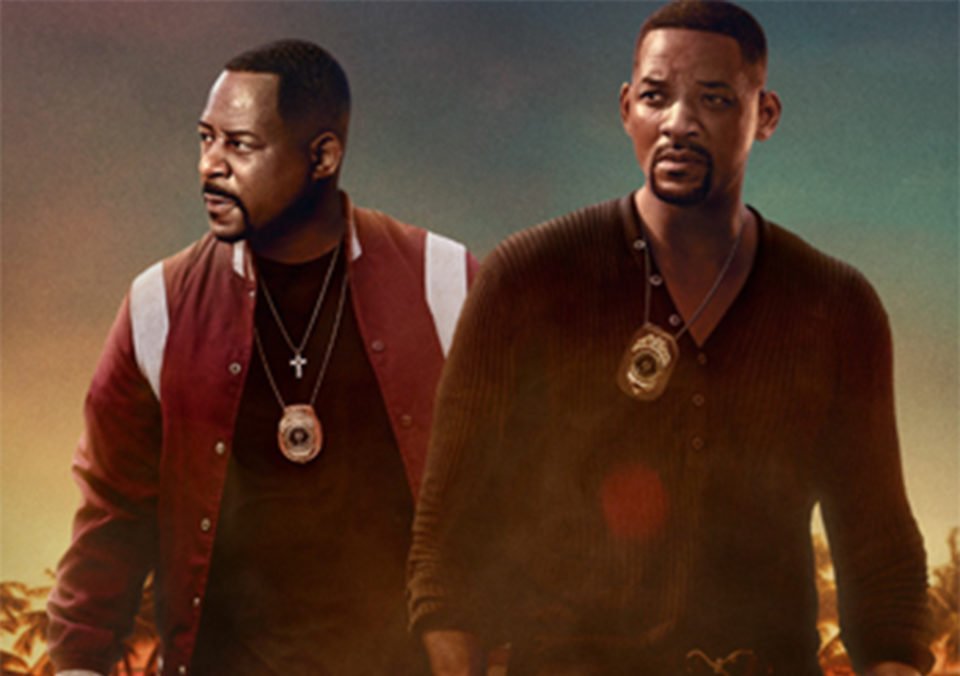 Props to Will Smith (and Martin Lawrence, but it’s mostly Smith) for trying to turn Bad Boys for Life into a proper movie, but it might’ve been better if he hadn’t bothered. For about two thirds of its considerable running time, this belated threequel – coming 17 years after Bad Boys II – is better than expected, and better than it has any right to be. Then it tries to be even better than that – to move up a gear into melodrama, with emotional stakes and everything – and you realise that… no. Sorry, but no. We don’t care enough about these people to give them a James-Bond-in-Skyfall moment. It’s hard enough being invested in a franchise that was never all that great in the first place.

Smith is Detective Mike Lowrey, Lawrence is Detective Marcus Burnett, slightly mismatched (or perhaps complementary) specimens of Miami’s Finest. “We ride this thing till the wheels fall off. Bad boys for life!” is their motto (“We fly together, we die together!” is another motto, causing consternation when Marcus yells it out on a passenger plane) – but in fact the wheels are getting shaky, Father Time having managed what all those drug cartels and ruthless assassins failed to do. Marcus, at least, is wise to the fact that they’re getting “too old for this shit”, to quote Murtaugh in Lethal Weapon (an obvious influence, with its maverick cop and family-man cop), but Mike behaves like he’s still in his 20s. “Even the Batmobile doesn’t hold the road like this bitch!” he brags, racing like a demon… to the maternity hospital, where Marcus’ daughter has just given birth. He’s now a grandpa.

That’s the joke, that the ‘boys’ are now middle-aged. It’s a good joke, though more of a punchline than a joke; it doesn’t really go anywhere. The other, also familiar joke is the one about Mike’s old-school methods clashing with the high-tech approach of the young cops he has to work with. (They call him ‘Michael’, as if he were an adult instead of a bad boy.) The new generation use drones, Mike still tends to extract information by handcuffing a guy to a table and pounding his hands with metal bars. One of the young cops has explicitly sworn off violence, vowing to become a peaceful techie after killing a man in a brawl – a recurring motif because Marcus, too, vows to “put no more violence in the world” after retiring from the force and finding Jesus, spending his time watching telenovelas even as his ex-partner goes up against a vengeful Mexican kingpin.

Marcus and the techie are pacifists, even the Captain (Joe Pantoliano) appears to have become a Buddhist. Can Mike, too, grow up and start acting his age? (“I’m living my best life,” he insists; “You’re dyeing your goatee,” points out Marcus.) “Where are you going, Mike?” asks the Captain rhetorically – and of course it’s a pleasure to see Pantoliano again, screeching “What did I say?” and gulping down antacids for the agita these guys are giving him, but his question isn’t really that interesting, especially since the film wants to have it both ways. A film about a middle-aged cop who’s actually become lost and jaded (kind of like Hancock, the superhero comedy Smith made in 2008) might indeed be a bold move – but Will Smith is still Mr. Action here, bringing every inch of his movie-star charisma to the table. Like Mike, he behaves like he’s still in his 20s, but in fact his career may be faltering (this is his fourth starring role in the past six months; only one of the three previous films – Aladdin – was a hit). He thinks he can take the final act of Bad Boys for Life and turn it into big, rousing drama with a touch of that Will Smith magic – but in fact he’s dyeing his goatee, so to speak. This is a grey, faded franchise, lacking even the garish visuals director Michael Bay brought to the first two films.

It’s still fun, though. It’s more than fun, it’s a real attempt to engage with these characters, not just cash in on them. Smith and Lawrence do some proper acting in the scene where Mike angrily accuses his partner of “quitting” – though they also get crowd-pleasing moments like the bit where their bickering is interrupted by a dead body falling from the sky, crashing into Marcus’ wife’s car. (It’s the informer they’re supposed to be meeting – but they’ve been delayed because Marcus wouldn’t go above the speed limit.) The sad thing is that Bad Boys for Life is probably as good as it could be; it’s smart, fast, good-humoured. But this kind of action-hero reboot is essentially a joke, and you can’t build a proper movie on a joke. The ending promises a sequel, and in fact Bad Boys 4 is already in pre-production. Some people never learn.