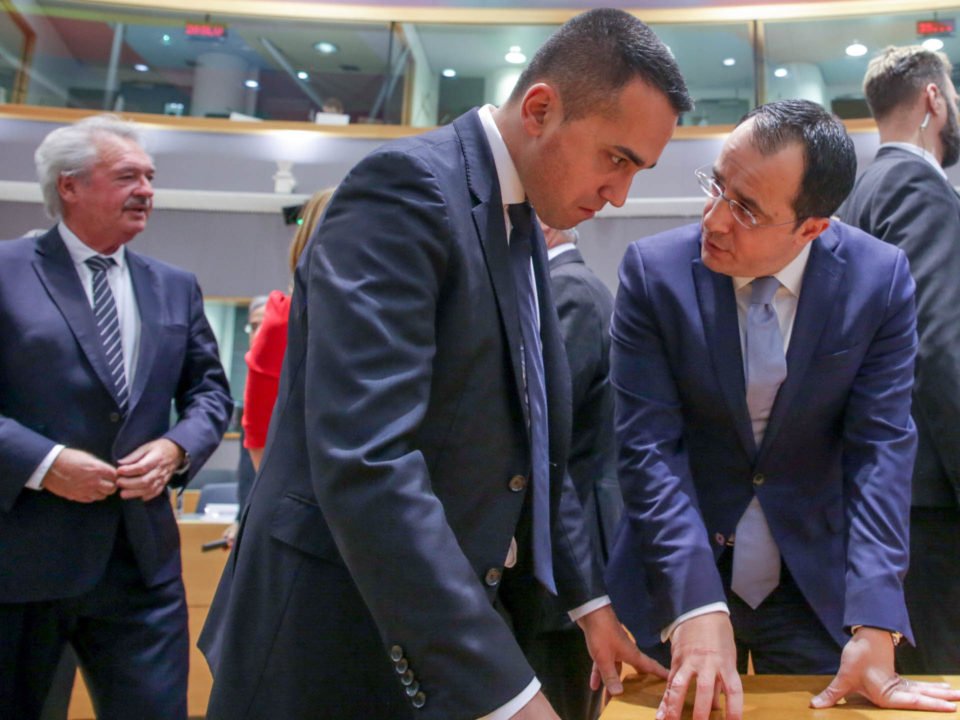 The government said on Monday it is taking all necessary diplomatic steps to denounce Turkey’s latest unlawful act in Cyprus’ exclusive economic zone (EEZ), while Ankara appeared to be taunting Nicosia by promising to ‘share’ whatever natural gas it may discover in the island’s block 8.

“We are of course continuing our efforts through diplomatic and legal actions to cease this behaviour,” President Nicos Anastasiades said on Monday night.

Earlier in the day government spokesman Kyriacos Koushios had said Turkey was developing into a “pirate state in the eastern Mediterranean”.

“Despite repeated calls by the international community, especially the EU, for it to immediately cease its illegal actions, Turkey continues to violate Cyprus’ EEZ and continental shelf,” he said.

He added that at the EU Foreign Affairs Council currently taking place, Foreign Minister Nicos Christodoulides will be asking his counterparts as well as EU officials to mount “an effective intervention, not only regarding Turkey’s illegal incursion into Cyprus’ EEZ and continental shelf, but also for other matters concerning our region”.

Media reports on Monday said that Paris was sending its Charles de Gaulle aircraft carrier to the Eastern Mediterranean as a more dynamic measure. Anastasiades neither confirmed nor denied the reports, saying only that France was ‘undoubtedly’ playing a leading role in efforts to suppress Turkey’s actions in the area

“I do not want to comment on anything else,” he said.

French energy giant Total has ownership of blocks 6 and 11 in partnership with Italian energy company ENI.

Koushios dismissed as completely unfounded Turkey’s claim that by drilling in Cyprus’ EEZ it is protecting the rights and interests of Turkish Cypriots.

Over the weekend, Turkey issued a marine advisory by which it reserved for drilling operations an area inside Cyprus’ offshore block 8. 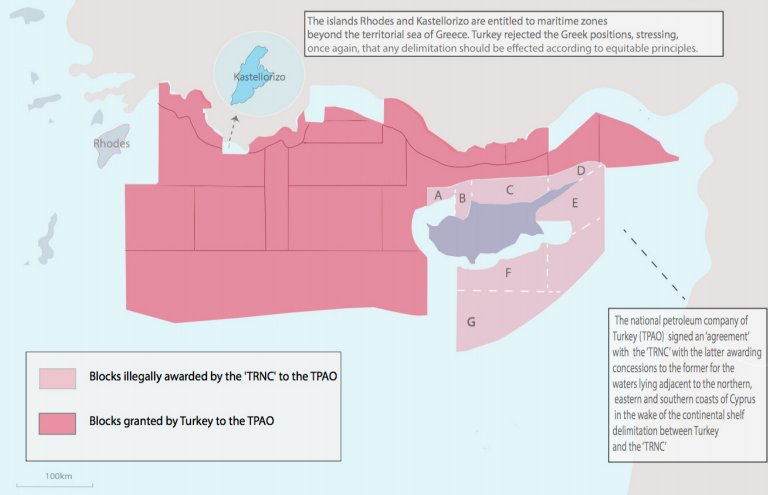 The advisory stated the Turkish drillship Yavuz, supported by other vessels, would be carrying out drilling from January 18 to May 24.

The precise position of the Yavuz is unknown, as the ship appears to have switched off its transponder. But according to earlier reports in the Turkish media it was located approximately 100 nautical miles off the south of the island, within block 8.

It is the third time that Turkey will be conducting illegal drilling activities in Cyprus’ EEZ, but the second time it is drilling in acreage already licensed by the Cyprus government. It is the first time, however, that Turkey is drilling in an area claimed not by itself, but rather by northern Cyprus.

In a statement, main opposition Akel lambasted the government over its inaction and for “fostering illusions and complacency”.

“The Cypriot people are asking why the EU has yet to impose measures against Turkey, measures that have been pending for months,” it said.

Akel noted that escalating tensions will be to the detriment of Cyprus, and called for a resumption of reunification talks as the only rational way forward.

“In this licence area, as the co-owners of the island, Turkish Cypriots have rights as much as the Greek Cypriots. Should oil and natural gas be found in this area, both parties will share the revenues together.

“In this regard, the proposal made by the Turkish Cypriot authorities on 13 July 2019 concerning the equitable sharing of the hydrocarbon resources and revenues is still valid and is an important opportunity for a solution.”

Amid the tensions, it was reported that a scheduled drill by Cyprus in block 6 – licensed to ENI and Total – will be delayed due to technical difficulties encountered by the leased drillship.

Daily Politis said the Tungsten Explorer, currently operating in Egyptian waters, had been scheduled to drill at the ‘Kronos’ site in block 6 in late January or early February.

But due to a technical glitch, the drillship had to temporarily suspend operations in the Egyptian EEZ. It is now expected to finish its work there in 20 days, after which it has already been leased for exploratory drilling in Lebanon’s EEZ.

By the time it is done in Lebanon, it could be late March or early April, the paper reported.

The ENI-Total consortium are planning at least three drills in Cypriot waters in the 2020-2021 period.