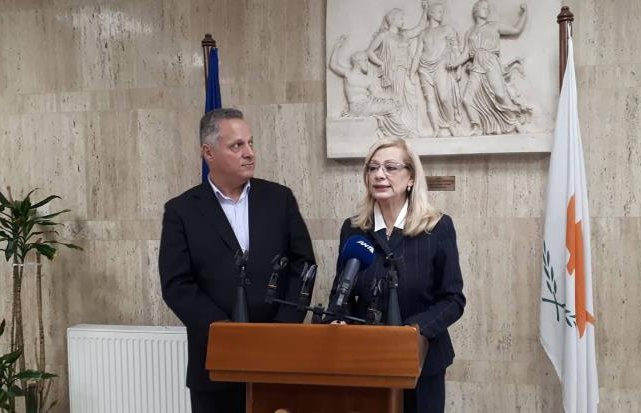 The three pre-schools will be located in Marathasa, Krassochoria and Kouris Xylourikou.

“We had a productive meeting with the commissioner of the mountain communities in order to put into practice the plans of the ministry,” labour minister Zeta Emilianidou said in statements after the meeting.

The three projects are part of the national strategy for the development of the mountain community and are deemed important for the mountain areas, she explained.

On his part, mountain development commissioner Costas Hambiaouris thanked Emilianidou for the constructive cooperation and said the ministry and his office will continue to implement the national strategy.

A total of 25 plans to rejuvenate and improve the mountain areas were discussed by agriculture and environment minister Costas Kadis and mountain development commissioner Costas Hambiaouris on January 10.

The meeting was attended by representatives of the water, forestry, agriculture and environment departments.

Hambiaouris said after the meeting he is coordinating actions with the ministry of agriculture under the national strategy for the development of mountain communities.

He mentioned there are many projects that will contribute to this development, such as upgrading the Troodos hospital, an observatory being built in the area and the establishment of a culinary school.