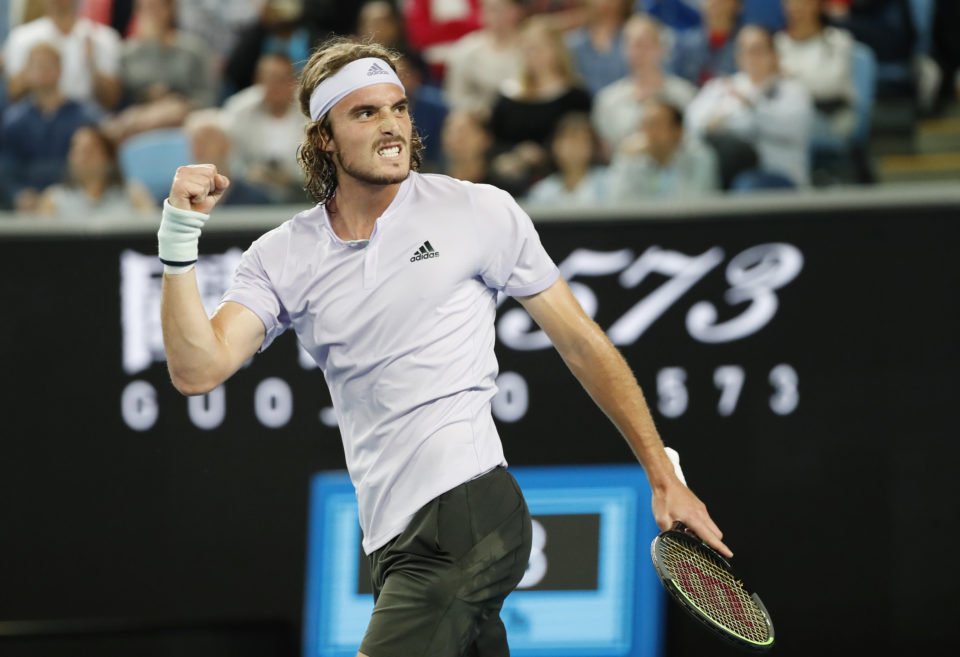 Stefanos Tsitsipas put on a commanding performance in his opening match at the Australian Open on Monday, with a thumping 6-0 6-2 6-3 win over Italy’s Salvatore Caruso. Caruso, ranked 95th in the world, looked hopelessly outplayed throughout and his troubles were compounded after a finger on his right hand started bleeding from a cut early in the final set.

Tsitsipas had three match points on Caruso’s serve at 5-2 but could not convert any of them. He finally secured victory on his own serve with an ace down the middle of the court after an hour and 45 minutes.

The 21-year-old will next play the winner of the match between Germany’s Philipp Kohlschreiber and American Marcos Giron.

In the women’s draw, world number one Ash Barty made a stuttering start to her bid to end the host nation’s 42-year wait for an Australian Open champion before rallying to beat Ukraine’s Lesia Tsurenko 5-7 6-1 6-1 on Rod Laver Arena.

The French Open champion arrived at Melbourne Park on a high after winning her first WTA title on home soil at the Adelaide International on Saturday but was brought down to earth in a topsy-turvy opening set featuring five breaks of serve.

Tsurenko, who beat Barty in their only previous meeting in Brisbane two years ago, belied her ranking of 120th in the world but it was the Australian top seed’s 19 unforced errors that did the most damage.

Barty, though, tidied up her game, rediscovered her touch and levelled up the contest with a thumping ace before racing away with the decider to set up a second-round meeting with Rebecca Peterson or Polona Hercog.