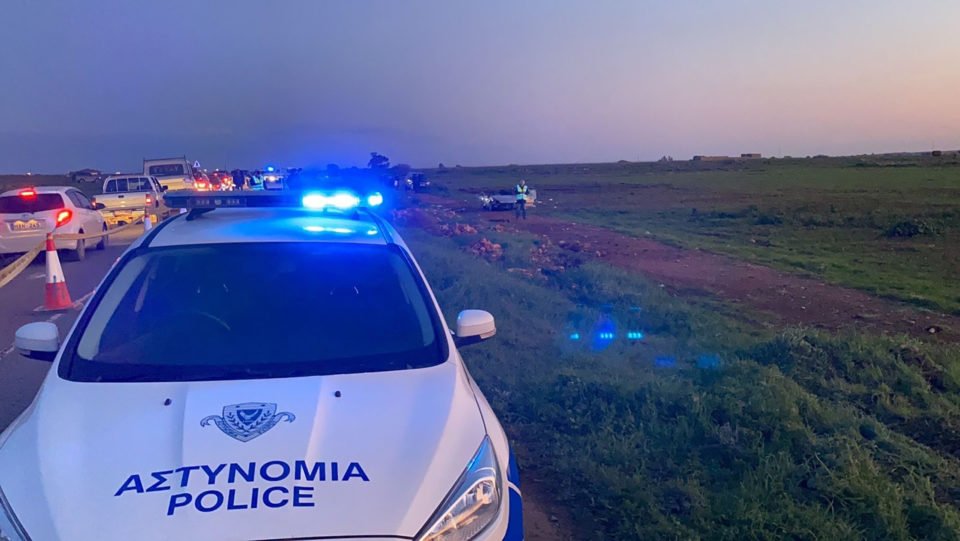 A young female driver was killed in a traffic accident on Tuesday after she lost control of her car and it overturned into a field.

It is the fourth death on the road so far this year.

Police have identified the young woman as Rafaella Pattichi, originally from Achna but a resident of Avgorou.

The accident occurred on the Avgorou-Liopetri road at 4:20pm.

Fire services had to remove her from the car as she was trapped.

Police say she was not wearing her seat-belt and was driving at a very high speed.

She was taken by ambulance to Famagusta General Hospital where doctors certified her death.