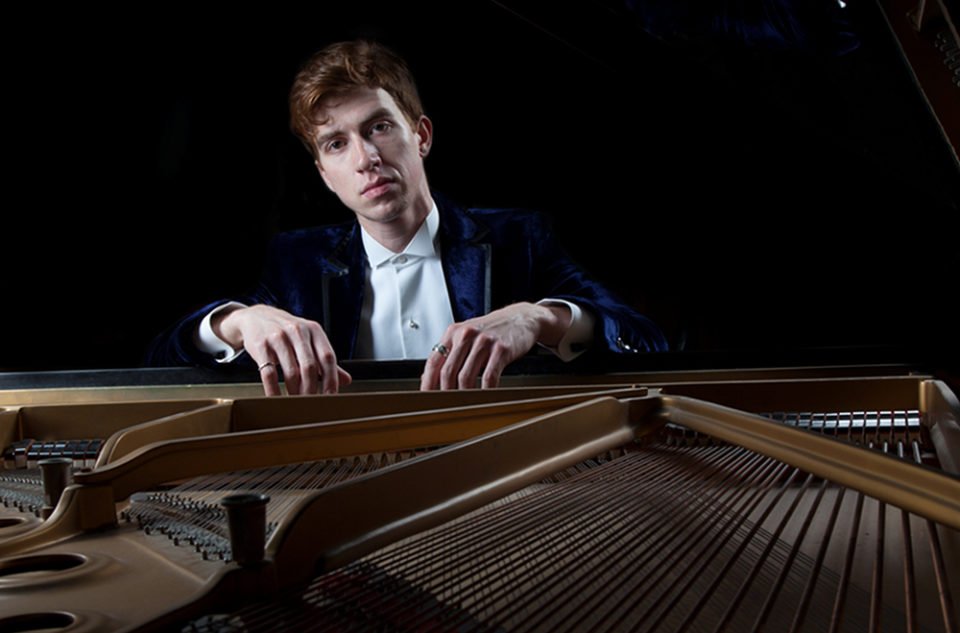 Everything’s coming up music this month. And why not? This is the second round of the roaring twenties, and a morsel of melodic decadence is definitely on the menu.

Kicking things off, we’ve got the first of the year’s Pharos Trust events: a concert for the piano, violin and cello on January 21, and a piano recital on January 31, both at The Shoe Factory in Nicosia. As we begin a new decade, it’s worth noting that the Trust has been championing classical music for years now: 2020 marks the 20th anniversary of the International Pharos Chamber Music Festival, Cyprus’ first (and now internationally-renowned) chamber music festival held every June.

Of course summer being months away, nothing’s stopping you from getting your classical hit this January. This Tuesday’s programme includes Schumann’s ‘Six Pieces in Canonic Form Op.56’, Debussy’s ‘Piano Trio in G major’, and Schubert’s ‘Piano Trio No.1 in B-flat major’, brought to us by three bright talents of the new generation. We’ve got German-Greek pianist Danae Dörken, an internationally acclaimed artist whose “stunning technical skills, exceptional charisma and great profundity of her musicianship” have seen her nicknamed “the discovery of the year” by Crescendo classical music magazine; award-winning violinist Wolfgang Schröder, an active chamber musician, former artistic director of the European Community Chamber Orchestra, and founder of the Belcanto String Trio; and renowned cellist Benedict Kloeckner, a highly regarded representative of the new generation of cellists, championed by maestros including Daniel Barenboim and Sir Simon Rattle. And that’s followed on January 31 by the concert with yet another young talent: prize-winning pianist Ilya Kondratiev, a professor at the Royal College of Music London and world-renowned soloist, who will be presenting a programme of Schubert, Prokofiev and Liszt.

From classical to classic, and a delightful affair at Paphos’ Technopolis 20 this Monday and Wednesday. Entitled ‘Once upon a time: Soundtracks from old movies and musicals’, the event will do exactly what it says on the tin, and deliver a carefully selected list of well-known soundtracks from the past. Amongst others, we’re promised tunes from both Breakfast at Tiffany’s and The Sound of Music, so it’s clearly going to be an enchanting evening during which you’ll be hard-pressed not to sing along!

“Travel back in time, with some beautiful and well-known music,” organisers suggest, adding that the evening’s entertainment will be brought to us by the ‘Two for the Road’ ensemble. Comprising vocalist Katherine Petrou and George Bizios on guitar, along with special guest Elias Ioannou on trumpet, this newly formed group aims to “revisit historical repertoire and bring it back to life in original arrangements” – a charmingly crowd-pleasing sentiment, so book early to avoid the proverbial!

Rounding off the month, we’ve got the musical stylings of Russian pianist Tatiana Stupak in an event under the auspices of Cyprus’ First Lady, Andri Anastasiades. Taking place on January 30 at Limassol’s Rialto, this recital is a bit of a departure from Stupak’s norm. Better known for her organisation of more than 75 musical events on the island over the last few years, the founding of her own music school, and her collaborations with the full spectrum professional artists (opera singers, pop icons, ballet dancers, and even – on one notable occasion – a sand artist!), the pianist will, this time, be performing solo in an event entitled ‘Beautiful Life Piano Recital’.

It’s a concert that takes place in support of local charities (net proceeds will go towards the renovation of the St Matrona Chapel) and promises a little of everything. The “varied programme of wonderful classical music to appeal to many tastes” will see us enjoying “twelve well-known works by composers including Bach, Chopin, Prokofiev, Schumann and Tchaikovsky.” Preludes, fugues, etudes, nocturnes, ballades and rhapsodies aside, the concert is also a rare opportunity to enjoy Beethoven’s much-loved ‘Moonlight Sonata’ in full, rather than merely the opening movement.

The verdict may still be out on whether the 2020s will bring the second Jazz Age but, in the meantime, there’s plenty of classical (and contemporary) fare to sate the musical appetite. At the very least, we’re looking at a harmonious start to the 2020s.

Nicosia, on January 21 and 31. For bookings and  information, visit http://pharosartsfoundation.org/

Once Upon a Time

Technopolis 20, Paphos, on January 20 and 22. For bookings and information, visit https://www.technopolis20.com/

Rialto, Limassol on January 30. For bookings and information, visit https://rialto.interticket.com/