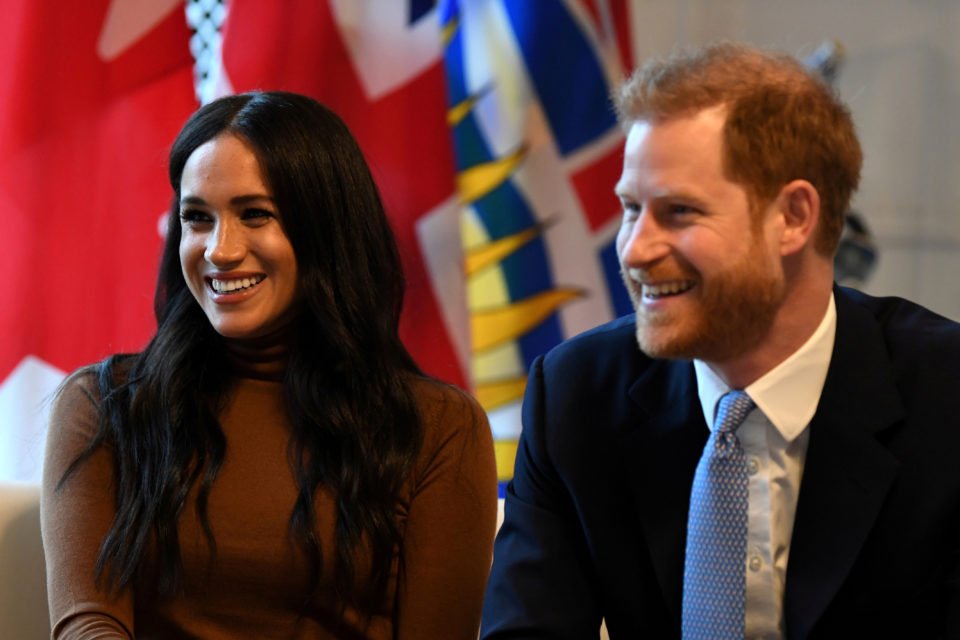 The Duke and Duchess of Sussex.

Britain’s Prince Harry has arrived in Canada to join his wife Meghan as the couple prepare for a new life after agreeing to stop using their royal titles as part of a deal to end a crisis in the Windsor family.

Harry was shown arriving on Vancouver Island by Sky News, just days after reaching an arrangement with Queen Elizabeth and senior royals that will see him and his wife Meghan leave behind their royal roles to seek an independent future.

Buckingham Palace and the queen said on Saturday that Harry and Meghan would no longer be working members of the royal family. They would not use their “Royal Highness” titles and would pay their own way in life, freeing them to forge a new future in Canada and the United States.

Harry has admitted he had not wanted to step away entirely from his royal life and his military appointments, but said there was no other option.

“It brings me great sadness that it has come to this,” he said on Sunday.

American actress Meghan returned to Canada on Jan. 10 to be reunited with baby son Archie, and Harry flew out late on Monday to join her.

The Duke and Duchess of Sussex, the couple’s formal title which they will continue to use, spent six weeks in Canada at the end of last year before returning to Britain.

Earlier this month, they shocked the royal family by publicly announcing they wanted more independence, leaving the other senior members hurt and disappointed, according to royal sources.

The new arrangement, agreed following a summit held by the queen at her Sandringham estate and attended by Harry’s father and heir-to-the-throne Prince Charles and elder brother Prince William, will come into effect this Spring.

Harry is expected to carry out some official engagements before then although it is not clear whether Meghan will be involved. She was pictured in the Sun newspaper on Tuesday, walking her dogs in a park on Vancouver Island close to where the couple have been staying in a secluded house.

In their new life, the couple will no longer receive public money and will repay the cost of refurbishing their British home in Windsor, which official figures show amounted to 2.4 million pounds ($3 million).

But certain details, such as whether the couple could continue to use the “Sussex Royal” title for their website and branding and their future security arrangements, have either not been finalised or publicly revealed.

Asked about who would pay for their protection, justice minister Robert Buckland said there was an issue about how public money was spent.

“Quite clearly there have already been arrangements made about how that family are going to live and how they are going to be able to get private income but there clearly has to be a line of delineation,” he told Sky News.

“I think we all want a family like that to be safe, but at the same time I think what really needs to happen is they need to understand how their lifestyle is to adapt and what their needs might be.”