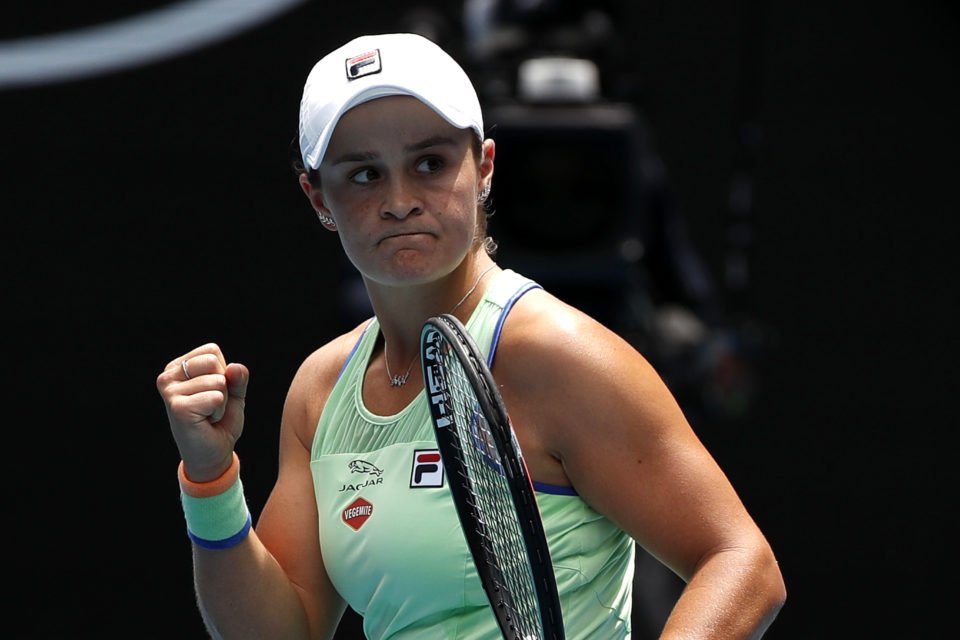 Highlights of the third day at the Australian Open, the first Grand Slam tournament of the year, on Wednesday (times AEST; GMT+11):

2230 FEDERER COASTS INTO THIRD ROUND

Third seed Roger Federer, chasing a record-extending 21st Grand Slam title, has reached the third round at Melbourne Park for the 21st straight year with a 6-1 6-4 6-1 victory over Serbia’s Filip Krajinovic.

Williams, a seven-times Australian Open winner, fired seven aces and 25 winners to prevail in 78 minutes and will take on China’s 27th seed Wang Qiang next.

1828 SCHOOL IS COOL FOR DJOKOVIC AFTER BALI TRIP

Novak Djokovic was in a relaxed mood following his win over Tatsuma Ito, talking about his off-season trip to the Indonesian island of Bali where the Serb was left particularly impressed by a local school.

“What got me to go there with my wife is a green school in Bali, a unique concept of education. That was interesting to us,” Djokovic told reporters.

“For the last couple years, we’ve known about the concept. We’ve been introduced to it by our friends who have their kid in the school in Bali… we might have our children actually attend that concept in the near future.”

Caroline Wozniacki, who fought back to beat Ukraine’s Dayana Yastremska, recalled her finest moment in Melbourne when she captured her only Grand Slam title and Neil Diamond’s ‘Sweet Caroline’ filled the air following her triumph.

“I don’t know if I can count how many times I’ve heard that song. It’s a special song for me, especially here,” the Dane, who will retire after the tournament, told reporters.

“It’s a great memory. It means a lot after great wins like this that it gets played.”

Seven times champion Novak Djokovic made short work of wildcard Tatsuma Ito, winning 6-1 6-4 6-2 in 95 minutes to set up a clash with another Japanese in Yoshihito Nishioka.

Djokovic has now won 10 of his 11 meetings with wild cards at the Grand Slams, only losing to Denis Istomin in the second round at Melbourne three years ago.

Local favourite Ash Barty, who has previously said she is sick of seeing herself on billboards following her rise to world number one, believes she will not get used to the spotlight off the court anytime soon.

“Absolutely not, no. Everyone has to put up with me. It’s pretty average, I think,” Barty told reporters.

“No, it’s been incredible… the love and the support I’ve received from people all over Australia, in particular kids, it brings a smile to my face every single day… it’s amazing.”

Teenager Coco Gauff, who sent fellow American Venus Williams packing in the opening round, surrendered the first set but fought back to beat Romanian Sorana Cirstea 4-6 6-3 7-5. The 15-year-old faces Naomi Osaka next.

1535 PELLA THROUGH TO THIRD ROUND

Argentine Guido Pella, the 22nd seed, advanced to the third round for the first time in six appearances with a 6-1 6-4 3-6 6-3 win over Frenchman Gregoire Barrere.

Caroline Wozniacki, the 2018 champion who is set to retire after the tournament, fought back from 1-5 down in the first set to beat Ukrainian teenager Dayana Yastremska 7-5 7-5.

Yastremska, 19, saved five match points after a medical timeout for a left leg injury but she was unable to prevent Wozniacki from closing out the match.

Spain’s Carla Suarez Navarro, who will hang up her racket at the end of the year, knocked out 11th seed Aryna Sabalenka 7-6(6) 7-6(6) in a first-round clash carried over from Tuesday.

1421 BARTY MOVES INTO THIRD ROUND

Top seed Ash Barty looked in ominous form in her quest for a second Grand Slam title as she powered past unseeded Slovenian Polona Hercog 6-1 6-4.

Polish teenager Iga Swiatek tasted victory in her first match since the U.S. Open after an injury left her unable to walk normally. She beat Timea Babos 6-3 6-2.

“So happy to be back… important note: I served 188kmph and it was in,” she tweeted.

Defending champion Naomi Osaka said after her win over Zheng Saisai that she was not giving too much thought to reclaiming the world number one ranking, with top-ranked Ash Barty well in front of the Japanese third seed.

Defending champion Naomi Osaka fended off a strong comeback attempt from China’s Zheng Saisai, rallying from 4-2 down in the second set to prevail 6-2 6-4 and reach the third round.

The temperature is forecast to reach 32 degrees Celsius (90F) before a late cool change brings rain.