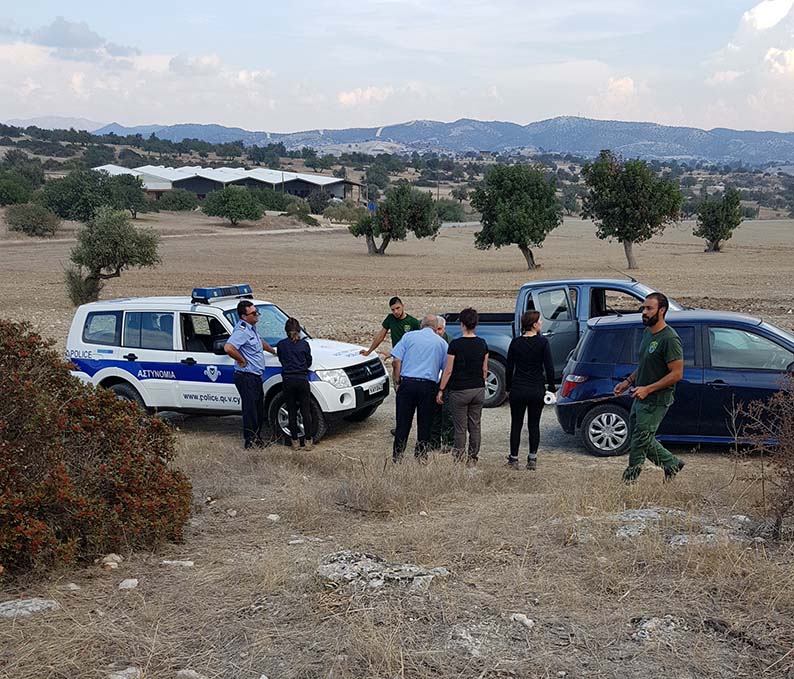 Two bird trappers from Vryssoules wanted by British bases (SBA) police for attacking and injuring a bird , have turned themselves in, the Committee Against Bird Slaughter (Cabs) said on Wednesday.

The two individuals are suspected of assault and causing bodily harm, driving a car without registration, and verbally abusing and making death threats towards a Cabs volunteer in front of SBA police officers accompanying the volunteers.

The incident occurred in the early morning hours of January 14 when the bird activists led SBA police to an illegal bird trapping site near Ayios Nicolaos.

“Soon after we met with police, the two men arrived in a black SUV with removed registration plates. They were immediately aggressive and started to shout at us. The situation escalated when they made death threats and one of them punched me in the face,” a Cabs volunteer said. “It was only the presence of police that prevented them from taking the aggression to a much further stage.” The attackers shouted death threats, he said.

According to Cabs, the men eventually fled the scene. After the assault, SBA Police issued arrest warrants for both suspects and increased their presence in Ayios Nicolaos and Vryssoules.

The manhunt also included searches in fields, bars, and betting shops where the two men were believed to hang out and operate.

The increased police pressure finally forced both suspects to surrender at the police station in Dekelia a few days after the attack, Cabs said.

“We have been informed that at least one of them will be charged with the assault and face trial soon,” Cabs spokesman Andrea Rutigliano said.

Cabs welcomed the quick success of the investigation and praised the SBA police for their professional work and their efforts in combatting/reducing illegal bird trapping.

Cabs also noted enforcement in the Republic is at an all time low with the police anti-poaching squad recently disbanded and the Game Fund, as well as local police, barely reacting to reports of illegal bird trapping activity.

“The series of violent attacks against our members in the last years will not deter us from continuing our work to bring an end to illegal bird trapping in the Republic of Cyprus,” the organisation said.

Authorities crack down on illegal employment