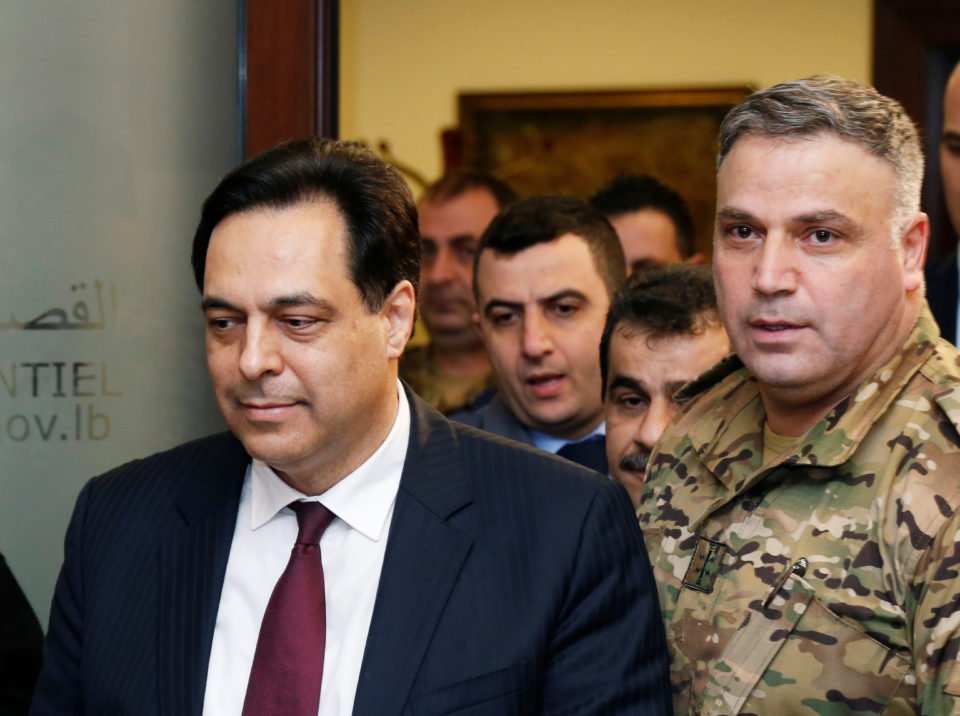 Lebanon‘s Hezbollah-backed government will walk a political tightrope as it moves to urgently secure foreign funding to ward off financial collapse and could look to the International Monetary Fund (IMF) for assistance.

Formed by the Iranian-backed Hezbollah and its allies, the cabinet faces an economic crisis at a time when Gulf states, who along with Washington label Hezbollah a terrorist group, appear no longer willing to bail out Lebanon.

President Michel Aoun tasked the government at its first meeting on Wednesday with restoring international confidence which could unlock funding and ease a liquidity crunch that hit the Lebanese pound, fuelled inflation and forced bank controls.

A senior politician, Alain Aoun, told Reuters on Wednesday that an IMF programme is an option for Lebanon depending on terms that should be bearable for the country and not trigger social unrest.

Prime Minister Hassan Diab, whose cabinet took final shape as long-running protests against the country’s political elite continued on Tuesday, is backed by Hezbollah and allies including the Free Patriotic Movement (FPM) founded by President Aoun.

Lebanon had been without effective government since Saad al-Hariri, the country’s main Sunni leader and a traditional ally of the West and Gulf states, quit as premier in October amid widespread protests against politicians who have led Lebanon into its worst crisis since the 1975-90 war.

Lebanon sovereign dollar-bonds moved higher by as much as 1 cent on Wednesday with the formation of the new government after weeks of wrangling over portfolios.

Lebanon, burdened with a public debt equivalent to about 150% of GDP, won pledges exceeding $11 billion at an international conference in April 2018 conditional on reforms that it has so far failed to implement.

“Your mission is delicate,” Aoun’s office cited him as telling the cabinet. “It is necessary to work to tackle the economic situation, restore the confidence of the international community in Lebanese institutions and reassure the Lebanese about their future.”

Diab has said his first trip abroad would be to the Gulf Arab region, but he will have his work cut out to reassure U.S.-allied rulers there who are concerned about Hezbollah’s rising influence in Beirut.

The country’s banking association said on Wednesday it expected the cabinet to put forward a clear economic and financial programme, offering the banks’ support.

Highlighting the challenges ahead, Finance Minister Ghazi Wazni told local media it was unlikely the Lebanese pound exchange rate to the U.S. dollar would “return to what it was” on the parallel market, referring to the official peg.

Wazni had, after the cabinet was formed on Tuesday, described forthcoming foreign currency sovereign debt maturities as “a fireball”.

“I don’t see the logic of the system leaking $500 to $600 million out of Lebanon on the March payment when an actual restructuring of the Eurobonds is next to inevitable,” said Abousleiman, who drafted the legal framework for Lebanon‘s bonds from the mid-1990s onwards.