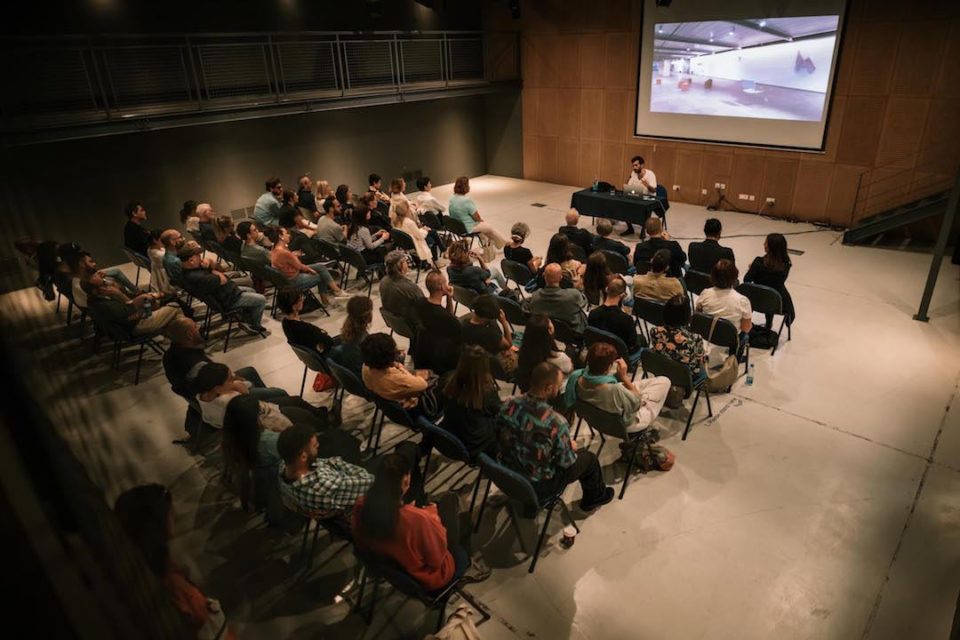 As part of the hypersurfacing forum, organised on the occasion of the 25th anniversary of NiMAC, the Arts Centre in collaboration with the Goethe-Institut Cyprus presents a public talk on changing conceptions on education and power.

Through various twists and turns, a conversation about collective agency emerges with the aim of rethinking current paradigms of cognition, education, and power in the talk by artist Natascha Sadr Haghighian, moderated by curator Ryan Inouye, on January 23. Haghighian and Inouye have previously collaborated on the book How to Spell the Fight. For the Kayfa ta series.

“Kayfa ta consists of monographs taking the form of how-to manuals positioning themselves in the space between the technical and the reflective, the everyday and the speculative, the instructional and the intuitive, the factual and the fictional,” explain the event organisers. “How to Spell the Fight may serve as a starting point for thinking about hypersurfacing in terms of pedagogy and entanglement, and the ‘haptic’ surfaces that run between us and extend our reach.”

Haghighian represented Germany at the Venice Biennale in 2019, changing her name to Natascha Süder Happelmann for the project. Her spokesperson, Helene Duldung, said she explained how her alias was a computer-generated amalgamation of autocorrected and misspelt variants of her name drawn from 30 years of correspondence with various government agencies. In her highly political work, the multidisciplinary artist uses performance, installation, sound and text to explore the themes of culture, identity and belonging.

This is not the first time the artist has played with the notion of identity – her refusal to be categorised by conventional biographical information permeates much of Haghighian’s work. In 2004 she launched the website, bioswop.net, enabling visitors to borrow parts of each other’s résumés. What is more, her Wikipedia entry includes multiple pieces of conflicting information about her identity. For instance, her birthplace is listed as “born Budapest, 1987 or Sachsenheim, 1968 or Australia, 1979 or Munich, 1979 or Tehran, 1967 or London, 1966 or Iran, 1953.”

Rather than addressing political issues squarely, Haghighian more often chooses to deal with open secrets and taboos of contemporary culture. In her 2013 show at Berlin’s Galerie König, the artist dived into the issue of the arms trade by building a replica of a German Leopard 2A7+ tank to raise awareness of the little-known fact that Germany is the world’s third-largest arms exporter. In an accompanying sound recording, Haghighian reads aloud various documents on government-authorised violence. 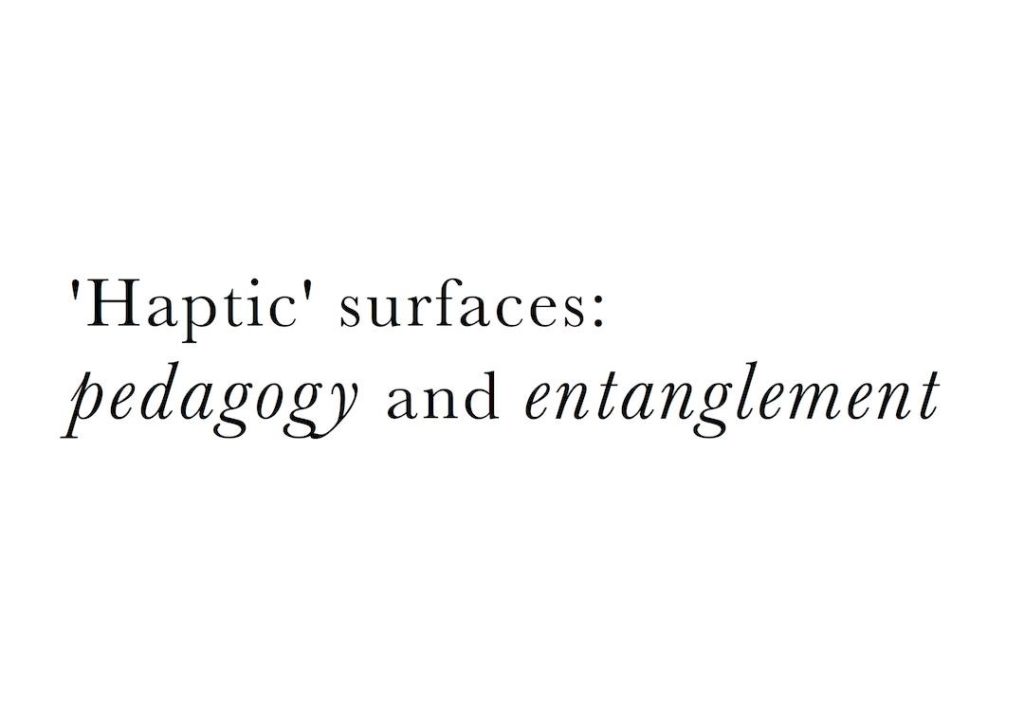 For Documenta 14, Haghighian joined the artist collective Society of Friends of Halit to investigate the 2006 murder of 21-year-old Halit Yozgut, the son of Turkish immigrants who was killed by a Neo-Nazi terrorist group in Kassel. For the show she exhibited the computer-generated results of her collaboration with forensics experts to uncover new leads in the case.

Haghighian lives in Berlin. Her research-based practice encompasses a variety of forms and formats, among them video, performance, installations, text and sound. In place of a biographical note, Haghighian wishes to draw the readers’ attention to www.bioswop.net.

On www.bioswop.net artists and other cultural practitioners can borrow, exchange, and compile CVs for various purposes. The site went online in October 2004 and is a work in progress. The aim is to have more and more people exchanging their CVs for representational purposes, like in catalogues and so on. The project aims to render that particular section of an artist’s production even more ‘redundant’. Bioswop hopes to undermine the purpose of art CVs and résumés or at least to make them a bit more of an entertaining read.

Inouye is an associate curator of Sharjah Biennial 12. From 2010 to 2013, he worked as an assistant curator and curatorial assistant at the New Museum, New York, where he focused on the 2012 New Museum Triennial, The Ungovernable, and the Museum as Hub initiative. He has organised the projects: Museum as Hub: Center for Historical Reenactments: After-after Tears (2013) and Museum as Hub: Steffani Jemison and Jamal Cyrus: Alpha’s Bet Is Not Over Yet! with Ethan Swan (2011).

He has also organised residencies with Chimurenga, Cape Town (2013) and the Desire Machine Collective, Guwahati, India (2013). Between 2006 and 2010 Inouye was curatorial assistant at REDCAT, Los Angeles. He has written on the work of Abraham Cruzvillegas, Iman Issa, Invisible Borders, Lee Kit and Apichatpong Weerasethakul among others. He lives and works in Sharjah.

The talk in English on Thursday will be followed by the listening set Death in Everyday Life… Is this the Bardo? by Ayios Loizos (20’) and the performance How to: Happy Acid by Panayotis Mina (20’).

The YouTube ‘how-to’ culture, post-Internet practices and club cultures are the main themes of this performance by Panayotis Mina, to take place alongside a live music set by Whirl-DOS. The two often share sound production or live music platforms and both are members of the local record label Honest Electronics.

In this instance, the production becomes a performance. Mina is interested in social phenomena and in anthropologically dissecting popular culture. Memes, viral videos, popular music and social ideology all take part in his performances, exhibitions, publications and musical releases. He describes himself as an ‘anti auteur’ who often works between the lines of parody, authorship, pastiche and reality.

The event is free to attend and is made possible with the support of the Goethe-Institut Cyprus.