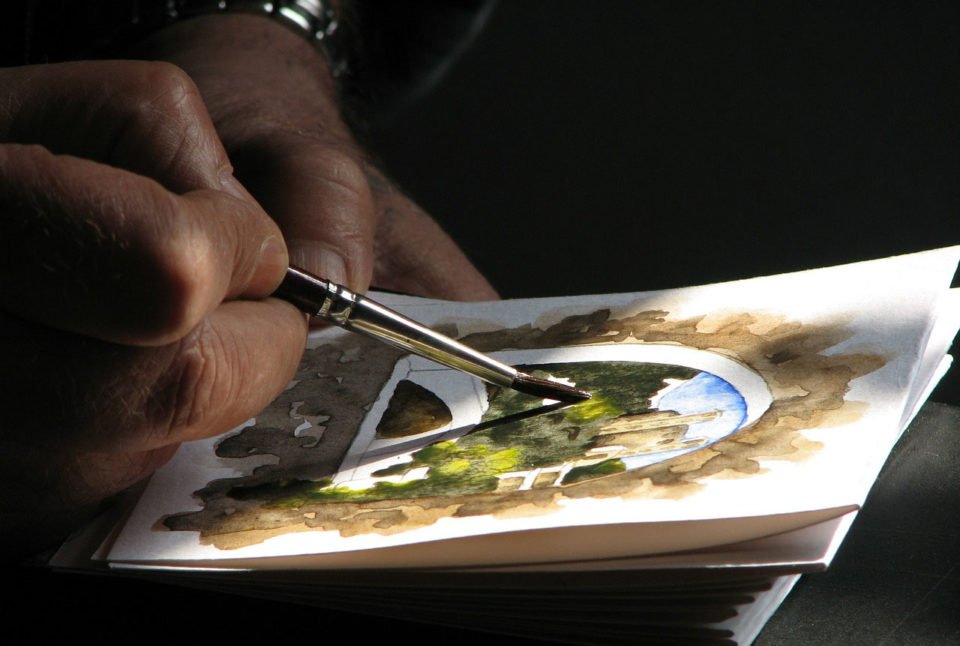 I watched The Kominsky Method on Netflix, starring Michael Douglas as a thrice married acting coach and Alan Arkin as a recently widowed agent in the same professional sphere. Both run into old flames that reignite emotions from the past.

Douglas is still game for action, with a libido-lifter pack of pills in the glove compartment of his classic Mercedes. Arkin is older and more cautious, worried his performance may not be up to scratch, if up at all. Douglas and the older man, who’s living with his daughter, commiserate (and exchange prescription notes) over how many times a night they get up to pee. Arkin figures he can stay awake till 9.30 to romance his lady friend as he’s had a ‘whale of a nap.’

It’s a series for those in the twilight zone years, aware of the limitations of age but willing to fight geriatric zombification and be more than slow motion mounds of baggy flesh and bone. The script is far from gloomy; I got a few good belly laughs recognising all the complaints, memory obstacles and pitfalls to which the third phase renders us liable.

Speaking of falls, vertigo has added itself to my list of usual suspects. I did the necessary till the worst was over and on the third day I felt it was all right to check the letter box five steps below my gate. As I opened the gate a sudden surge of dizziness slapped me to my crackly knees as the side of one step bit viciously into my calf opening a small wound. I was the oldest swinger in town for a few seconds as I hung on to the gate, the upper part of my body weaving as the lower half tried to persuade my knees they really weren’t hurting all that much.

A young thing was passing by just as I fell. She walked by, looking at me as though I was part of a freak show, then turned around, stared at me for a second and continued on. Empathy, apparently, wasn’t her strong point. I might have been impaled but she wasn’t going to break her stride, she might have to do something.

Falls are par for the course in old age and some result in serious injury. I met a friend on the steps of our local fun palace – the pharmacy, wracked with nerve pain having hurt her back in a fall. Some meds help, she told me, but sleep is lost when agony wakes her up.

‘Whatever way I lie, I hurt.’ She moaned. ‘I look in the mirror these days and I can’t see myself anymore; I hate being old.’

I know how it is, it takes time. In my case it took months until the damn thing sorted itself out.

In her day Avghi was a traffic stopper and you can still see in the lovely bone structure of that aristocratic face the beauty that was there in her younger self. She dresses carefully, always well turned out although buying clothes from a regular store is a thing of the past, she depends on her sister and daughter to give or buy her items of every day wear. Her hair is always well groomed and neat. She’s alone, daughter and sister in Limassol. Having many years before divorced a philandering husband, she worked and survived but never met the right man, a thing she longed for. Her companion for the most part is her TV. Money is tight as it is for most of us loners. She cries a good deal and cuddles her big tom cat.

I was telling a neighbour how sorry I felt for Avghi and she came up with,

‘Get her to do something.’

‘Well, my dad went into a funk when mum died, wouldn’t even play tavli with his pals at the coffee shop. I got him canvases, paints and brushes and left them on the kitchen table.’

‘Did he discover his inner Matisse?’

‘No, he’s total rubbish at it but he loves putting the paint on the canvas, loves the colours and, he’s started going out again. Look at Judi Dench,’ she went on, ‘she’s practically blind and she keeps going. She doesn’t sit around crying, cuddling a big cat.’

Judi Dench, I told her, has a hugely satisfying career, a load of respect not to mention money, and every incentive to keep going at what she loves doing because she’s loved for it.

Anyway, I went out and bought some painting by numbers books, water colours and brushes and took them to Avghi’s place. To my pleasure, she laughed about going back to childhood as we sat at her kitchen table, cups wafting the aroma of cinnamon tea, and filled in the blanks.