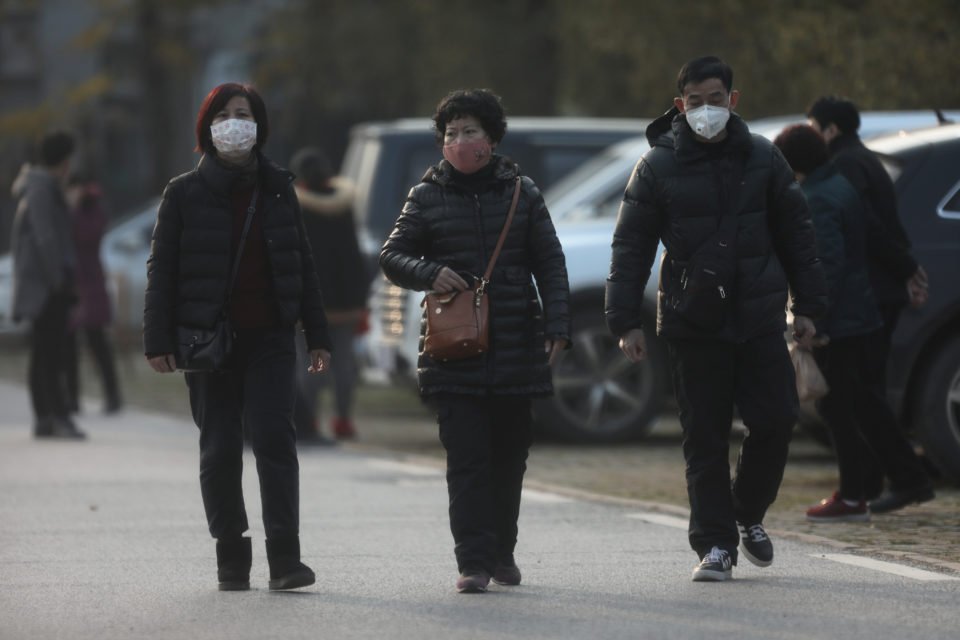 People wearing masks at the Jinyintan hospital in Wuhan

The health ministry said on Thursday that the risk of the Wuhan coronavirus being brought to Cyprus is low.

“We are ready to adapt to any new information and instructions if provided by the World Health Organisation or any other international bodies,” said director of health services Elizabet Constantinou.

Constantinou met with the health ministry on Thursday morning to discuss the issue.

Authorities in China had confirmed 571 cases and 17 deaths by the end of Wednesday, China’s National Health Commission said. Earlier, it said another 393 suspected cases had been reported.

At the moment, there is no screening or checks taking place at the airports, but these measures may change as international organisations assess the situation.

Cyprus has no direct flights to or from China or many of the other countries which have registered infections – such as Thailand and Japan.

After the meeting Constantinou said that the risk to Cyprus was low, but information was being prepared for the public and stressed that the health ministry was closely monitoring the situation.

“Policy measures will be changed if necessary,” she added.

The previously unknown virus strain is believed to have emerged late last year from illegally traded wildlife at an animal market in the central Chinese city of Wuhan.

“The virus is transmitted from person to person and appears to be relatively contained. The symptoms range from the common cold to very serious respiratory infections such as pneumonia – but mortality appears to be low,” she said.

The Chinese community in Cyprus numbers around 3,300, and travel between the two countries accounts for about 10,000 people, an official from the Chinese embassy told the Cyprus Mail on Thursday.

Most transport in Wuhan, a city of 11 million people and larger than London, was suspended on Thursday morning and people were told not to leave. Hours later, state media in neighbouring Huanggang, a city of some 6 million people, said it was imposing a similar lockdown.

“The lockdown of 11 million people is unprecedented in public health history,” an official from the World Health Organisation told Reuters news agency.

Chinese authorities gave no new details on the numbers of virus infections, but it has been reported in Beijing, Shanghai and Hong Kong, and several other countries including the United States and Thailand, stoking fears it is already spreading worldwide.

There is no vaccine for the new virus, which China says is mutating.

Chinese state media broadcast images of one of Wuhan’s transport hubs, the Hankou rail station, nearly deserted, with gates blocked or barred. The government is urging citizens not to leave the city.

Meanwhile, Dubai has announced that it will screen passengers arriving on direct flights from China, the airport operator said on Thursday – as health authorities around the world scramble to prevent a global pandemic.

Dubai International is the world’s third busiest airport and a major international transit hub including Cyprus for connecting flights to Asia. It is the base of major airline Emirates which has regular flights to Cyprus.

Thousands of Chinese travellers are expected to pass through Dubai airport for the Lunar New Year weekend, the operator said.

President calls on Merkel to pressure Erdogan over drilling