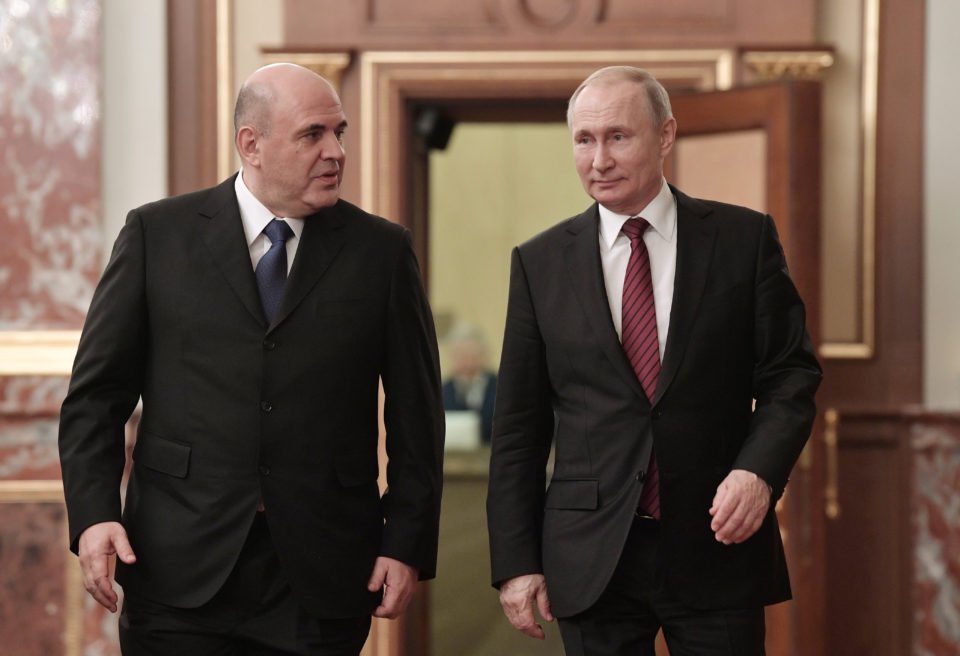 Five years ago somebody posted photographs on the internet showing a man who looked a lot like Vladimir Putin in photographs from 1920 and 1941. In both shots he was in military uniform, defending the interests of the Russian people then as he still does today.

But how can this be? He wasn’t even born until 1952. So the wave of faux speculation starts that Putin is an immortal hero who returns at intervals to save Russia. Or maybe just that he’s an immortal vampire. At any rate, he’ll be around forever. It was nonsense then, and it’s nonsense now.

Last week the Russian president announced a wave of constitutional reforms, and the vast majority of foreign observers, especially in the West, immediately jumped to the conclusion that Putin is changing the system so that he can stay in power forever.

Twenty years in power (his current term as president expires in 2024) is not enough for Putin, the foreign pundits insist. He can’t risk leaving power, they explain, or Russians would start asking where his vast illicit wealth came from. And then the pundits spin off into lengthy tirades about how he is Evil Incarnate, even comparing him to Stalin.

Joseph Stalin, who ruled the old Soviet Union from 1924 until his death in 1953, was a mass murderer without a conscience. Nobody was safe from his paranoia: he even killed most of the other heroes of the Bolshevik Revolution. He was probably responsible for the deaths of ten million Russians.

And Vladimir Putin? Here’s Simon Tisdall, columnist and former foreign editor of The Guardian: “Like Stalin, (Putin) has made many enemies and caused untold misery….cronyism and corruption on a vast scale…military aggression and disruption abroad…..Again like Stalin, retirement is not a safe option for the ex-KGB spy who normalised assassination as a modern-day tool of state policy.”

Where to start? Perhaps with the obvious point that Stalin killed tens of thousands for every death that can be attributed to Putin. Moreover, corruption in Putin’s Russia is far less than it was in the 1990s under the first post-Communist president, the Western-backed Boris Yeltsin, a drunken puppet who made ordinary Russians cringe.

‘Military aggression and disruption abroad’? Guilty as charged, in the illegal restoration of Crimea to Russian control (though most people in Crimea welcomed it), and in backing anti-government rebels in eastern Ukraine.

But there is a litany of Western invasions and military interventions (Afghanistan, Iraq, Libya, Serbia, Syria, Yemen) that didn’t meet the highest legal standards either, and had equally messy outcomes. Nor do Western governments lag behind on the assassination front.

More importantly, Russia’s western border is a thousand kilometres east of where it was in 1914. It is a minimum of 300 km. east of where it was as recently as 1991. Putin has not challenged that new frontier once (with the partial exception of Ukraine) in 21 years in office. You could have a much more frightening and disruptive person than Putin in the Kremlin.

The old KGB was a ruthless organisation, but also a rational and realistic one. Putin is a man steeped in that tradition, not an adventurer or a fantasist, and we should probably be grateful for that. So what are the odds that he will still be running things after 2024?

He will be 72 years old in 2024: definitely time to start thinking about what happens after he’s gone. And I’m going to make a bold assumption here: that he is a Russian patriot.

Being Russian means that he fears disorder above all else: Russians sometimes call themselves “Italians of the North”, and they don’t mean it in a good way. So he wants a strong state, run with a firm hand, even after he has retired, which means that a clear and orderly succession is very important.

However, living on under somebody else’s firm hand is not an attractive prospect for Putin. He may or may not have fabulous sums of stolen money tucked away – the evidence for that is unclear – but you make a lot of enemies in a quarter-century in power, and they could hurt you badly after you have relinquished it.

So what Putin needs is a position that gives him the final constitutional say when big changes loom, but lets him withdraw from the daily exercise of power. Something like the chairmanship of a strengthened State Council that can overrule both president and prime minister when necessary (but does so very rarely).

And lo! That appears to be exactly what he has in mind. The details of his proposed reforms are not yet clear, but a weaker president, a stronger prime minister, and a State Council presiding serenely from afar are all part of the package.

I’m not saying that’s what will actually happen, but I think it’s what he’d like to happen.

Our View: Do MPs need 155 pages of rules to tell them how to behave?

Cyprus needs to find the solution, not Britain