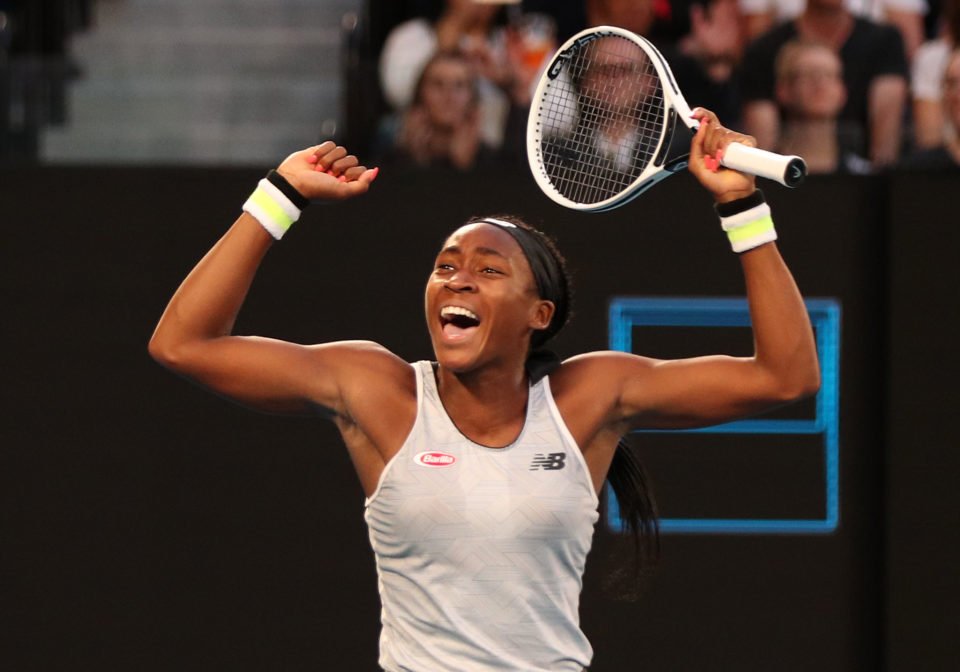 Coco Gauff continued her dream run at the Australian Open on Friday when the 15-year-old knocked out defending champion Naomi Osaka 6-3 6-4 in a stunning upset to reach the fourth round.

Osaka was the third former women’s champion to bow out at Melbourne Park on Friday after her immediate predecessors Caroline Wozniacki and Serena Williams lost their respective matches earlier in the day.

Gauff, on her Australian Open debut, beat seven-time Grand Slam champion Venus Williams in the first round and will next face either China’s Zhang Shuai or American 14th seed Sofia Kenin for a place in the quarter-finals.

“Honestly, what is my life like? Two years ago, I lost in the first round of juniors, and now I’m here, this is crazy,” Gauff told the crowd on Rod Laver Arena.

Gauff had lost to Osaka 6-3 6-0 at the U.S. Open last year but easily avoided a repeat as a string of backhand errors off the Japanese third seed’s racket gave the 15-year-old the break midway through the opening set.

The pattern repeated itself in the second set, as a lacklustre Osaka continued to misfire and Gauff served out the victory after just 67 minutes on court.

She let out a huge roar in the direction of the players’ box before heading to the net to receive the congratulations of the vanquished champion, who not so long ago was hailed as the future of women’s tennis.

That title might soon sit on Gauff’s shoulders but tennis is not the only thing on the teenager’s mind with her remote schooling continuing throughout her travels.

“My teachers are giving me some time, given the circumstances,” she said.

“I’m allowed to put in some assignments late, which is nice.”