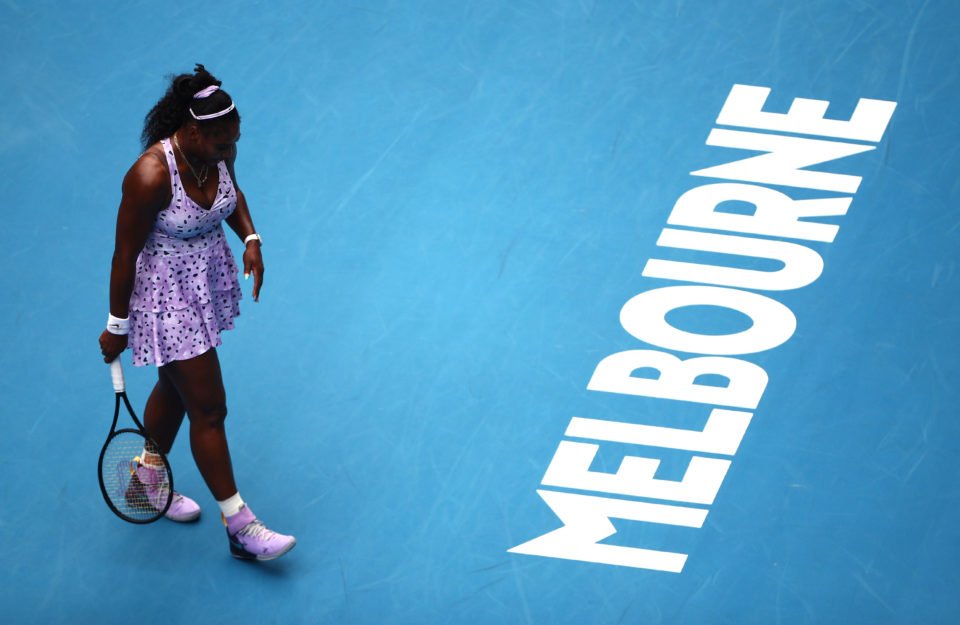 Highlights of the fifth day at the Australian Open, the first Grand Slam tournament of the year, on Friday (times AEDT; GMT+11):

Big-serving Canadian Milos Raonic thumped down 19 aces as he knocked out sixth-seeded Stefanos Tsitsipas of Greece 7-5 6-4 7-6(2) to reach the second week in Melbourne for the seventh time.

American 15-year-old Coco Gauff, beaten in straight sets by Naomi Osaka in the third round of the U.S. Open last year, came up with a superb display to stun the defending Australian Open champion 6-3 6-4 in 67 minutes and reach the round of 16.

A determined Marin Cilic overcame a slow start and a mid-match blip to send ninth-seeded Spaniard Roberto Bautista Agut packing with a 6-7(3) 6-4 6-0 5-7 6-3.

American Tommy Paul, who stunned 18th seed Grigor Dimitrov in the second round, failed to get past Marton Fucsovics, losing 6-1 6-1 6-4 to the Hungarian.

Seven-times champion Novak Djokovic made short work of his second Japanese opponent in as many matches, felling Yoshihito Nishioka 6-3 6-2 6-2 in 85 minutes to reach the fourth round of a Grand Slam for the 50th time in his career.

Chinese 27th seed Wang Qiang extended former world number one Serena Williams’ wait for a record-equalling 24th Grand Slam singles title, producing a superb performance to seal a 6-4 6-7(2) 7-5 win over the American and move into the fourth round.

Caroline Wozniacki said that a tough match which went the distance was the appropriate way to end her career.

“It was only fitting that my last match would be a three- setter, a grinder and my career would finish with a forehand error. I guess it was meant to be,” Wozniacki said in a courtside interview.

“I really am happy. I’m excited for what’s to come. You might see me around off the court.”

1458 END OF THE ROAD FOR WOZNIACKI AFTER JABEUR LOSS

Tunisia’s Ons Jabeur beat former world number one Caroline Wozniacki 7-5 3-6 7-5 in the third round to send the 2018 champion into retirement.

Wozniacki has said the Australian Open would be her final tournament as she looks forward to the next stage of her life with her husband of seven months, ex-NBA All Star David Lee.

1352 SCHWARTZMAN SHOWS HIS FUNNY SIDE

Diego Schwartzman was in a humorous mood following his win over Dusan Lajovic, when asked in a courtside interview about his potential fourth-round meeting with Yoshihito Nishioka or world number two Novak Djokovic.

“I just know Nishioka, because he is my size,” Schwartzman said of the Japanese 24-year-old, who like him is also 5ft 7in. “The other guy I really don’t know.”

Argentina’s Diego Schwartzman staved off a late comeback attempt by Dusan Lajovic to beat the Serb 6-2 6-3 7-6(7) and reach the last 16 for the second time, matching his best performance at Melbourne Park.

1231 BARTY ROARS INTO FOURTH ROUND

World number one Ash Barty kept alive hopes of a local champion for the first time since 1978 with a 6-3 6-2 demolition of 29th-seed Elena Rybakina.

Barty needed just 78 minutes to beat the 20-year-old from Kazakhstan to advance to the fourth round.

1100 PLAY STARTS ON TIME WITH DOUBLES

Play started on time with most of the outside courts hosting first round doubles matches, while world number one Ash Barty opens the third round in the singles on Rod Laver Arena against Kazakhstan’s 29th-seed Elena Rybakina.