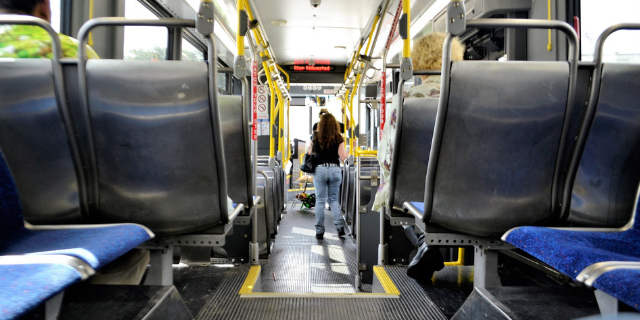 Transport Minister Yiannis Karousos pledged on Friday to seek a practical solution to the problem of transporting children under six-years-old after new road safety measures mandating child seats on buses have made it impossible for them to go on trips due to lack of transport.

During yet another meeting at the House transport committee in the presence of the finance and education ministers, Karousos said he would present buses with three-point car seats and booster seats as per the law provisions for the transport of children under six.

The minister said the booster seats would be fitted in the presence of parents, teachers, but also children, to see whether this procedure would be feasible and safe for children. He said he would get back to the committee with practical solutions.

The new road safety measures for children were introduced in September 2018 and provide that for children under six, guardians must provide a safety system, or the child won’t be allowed on the bus.

Children under 135cm must be placed in a child’s seat or booster seat. Buses must be fitted with three-point belts for the fitting of the booster seats.

But since not many buses had three-point seat belts, it was impossible to serve kindergarten pupils.

Following reactions from parents, teachers, and bus owners, the law had been suspended for one year, until last June. With the implementation of the legislation, preschool children mainly remain in their schools and do not go on excursions or other activities, as their bus transfer is considered practically impossible, MPs heard on Friday.

Karousos said that at the moment there are 68 buses with three-point seat belts in Nicosia, 50 in Limassol, 35 in Larnaca, 47 in Paphos and 5 in the Famagusta district.

Acting director of the road transport department, Yiannis Nicolaides, stressed the importance of properly fitting the booster seats with a three-point belt arguing that improperly fitting them with such belts could be more dangerous.

There was also a debate on whether the two-point seat belts would be preferable with bus owners and the private preschool education association favouring this option for practical reasons.

A police representative said it is inconceivable to believe that two-point belts were better than the three-point ones, arguing that the issue is fitting the booster seat properly.

The head of the committee, Giorgos Prokopiou said they expect proposals to solve the problem from Karousos and other stakeholders within a month.