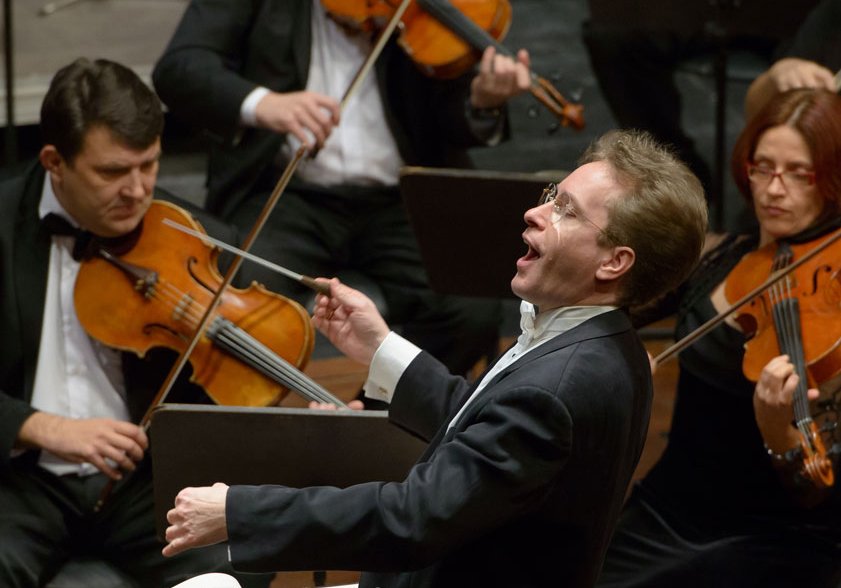 On the occasion of the 250th birthday anniversary of Ludwig van Beethoven, the Cyprus Symphony Orchestra will embark on a complete concerts cycle throughout 2020, devoted to the great composer, the first concerts of which will be staged on Monday and Tuesday.

“We inaugurate the Beethoven Cycle,” says the orchestra, “with the unsurpassed artistry of the internationally distinguished pianist Cyprien Katsaris as he honours Beethoven’s most classical piano concerto, his first one. Also classical in form but romantic in its musical language, Symphony no. 1 carries traces of Beethoven’s mature style. Our programme is enriched delightfully by an imaginative dialogue between the flute and the orchestra, a piece by Constantin Papageorgio in a first performance.”

Papageorgio is a member of the Orchestra and a founding member of his own PapaGeorgio String Quartet. His piece performed in these concerts is not the first to be presented to the public. Several of his compositions have been performed in Europe and the US.

His rhapsody for solo flute and small orchestra is a 2018 production, written for his spouse, flautist Virginie Bove who will be performing as a soloist at the concerts. Papageorgio’s piece consists of two parts, with the first one revealing serenity, wonder and nostalgia.

The other musical highlight of the concerts is Katsaris, a French-Cypriot pianist and composer. He won numerous international competitions, performed with world-leading orchestras such as the Berlin Philharmonic, the Staatskapelle Dresden and the Leipzig Gewandhaus Orchestra and he’s been a jury member for various international piano competitions.

His career is rich and lengthy and his achievements monumental. In 2016 he was awarded the Excellence in Letters, Arts and Sciences Award by President Nicos Anastasiades.

The first Beethoven concert on Monday will take place at the Nicosia Municipal Theatre and the second at Markideio Municipal Theatre in Paphos. Led by conductor Jens Georg Bachmann, the concerts are expected to gather a wide audience.

“For two and a half centuries, Ludwig van Beethoven remains the most popular classical composer worldwide,” says Bachmann. “Beethoven’s pieces are the most streamed and downloaded in the digital world today. Obviously, the power of his music still strikes innumerable human hearts and uncountable souls. Nonetheless, the challenges he imposes on the performers are still borderline demands of their craft. Whether exciting, invigorating, soothing, monumental or intimate, what is the timeless power of his music that, across his over 722 compositions, undyingly compels listeners and musicians to this day? Come and find out!

“In celebration of his 250th birthday, this year the CySO and I will embark on a full cycle of his nine symphonies as well as his five piano concerti and instrumental and vocal works – in a fascinating blend of international and national artists, as 2020 also marks the 60th anniversary of the Republic of Cyprus.”