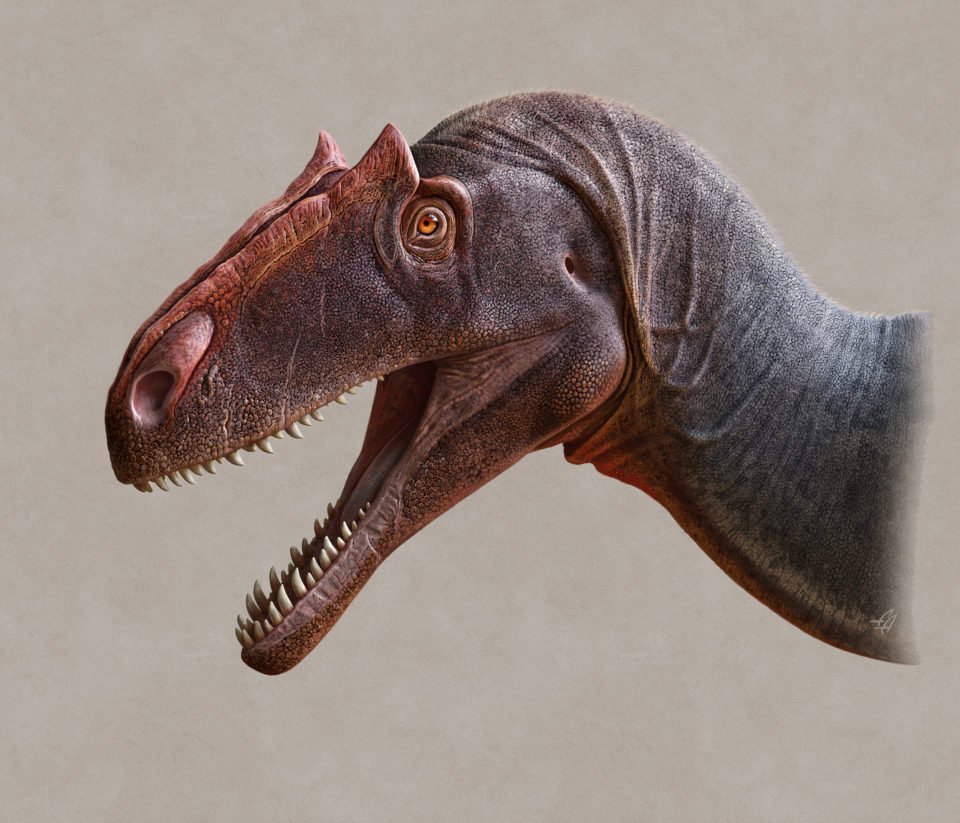 A “remarkable” meat-eating dinosaur that roamed the North American flood plains 155 million years ago has been officially recognised as a new species, 30 years after the first specimen was discovered.

Palaeontologists have analysed and described Allosaurus jimmadseni in the journal PeerJ – after seven years of painstakingly preparing its bones for the study.

Believed to have lived between 157-152 million years ago, A. jimmadseni is the geologically-oldest species belonging to the allosauridae family from the Jurassic and Cretaceous periods.

The species evolved at least five million years before its cousin Allosaurus fragilis – which was first described in 1877.

Dr Daniel Chure, a retired palaeontologist at the Dinosaur National Monument in north-eastern Utah and co-lead author on the study, said: “Recognising a new species of dinosaur in rocks that have been intensely investigated for over 150 years is an outstanding experience of discovery.

“Allosaurus jimmadseni is a great example of just how much more we have to learn about the world of dinosaurs.”

The first specimen of A. jimmadseni was unearthed in 1990 at the Dinosaur National Monument, which is also home to other dinosaur fossils including Apatosaurus, Camarasaurus, Diplodocus and Stegosaurus.

Since then, museums across the country have collected and prepared materials of the species, creating two near-complete skeletons.

The species was named after Utah’s state palaeontologist James H Madsen Jr, who died in 2009.

Although only recently officially recognised, replicas of A. jimmadseni specimens have been on display at the Dinosaur National Monument since 2011.

Measuring 26-29ft (8-9m) long and weighing around 4,000lbs (1.8 metric tonnes), scientists believe this theropod was the top predator in its ecosystem.

A. jimmadseni had long forelimbs and sharp, recurved claws that were likely used for grasping prey and, like all other allosaurid dinosaurs, had a large head full of 80 sharp teeth.

While the species had several unique features, one of which includes low facial crests extending from the horns in front of the eyes forward to the nose, the researchers say its skull was weaker with less of an overlapping field of vision than its younger cousin, A. fragilis.

Dr Mark Loewen, a research associate at the Natural History Museum of Utah in the US, who also led the study, said: “The skull of Allosaurus jimmadseni is more lightly built than its later relative Allosaurus fragilis, suggesting a different feeding behaviour between the two.”

While it is believed there are anywhere between one and 12 species of Allosaurus, the researchers said their study officially recognises only two species – A. Fragilis and A. jimmadseni.

Dr Brent Breithaupt, a regional palaeontologist for the Bureau of Land Management in Wyoming, US, said: “This exciting new study illustrates the importance of continued palaeontological investigations on public lands in the west.

“Discovery of this new taxon of dinosaur will provide important information about the life and times of Jurassic dinosaurs and represents another unique component of America’s heritage.”