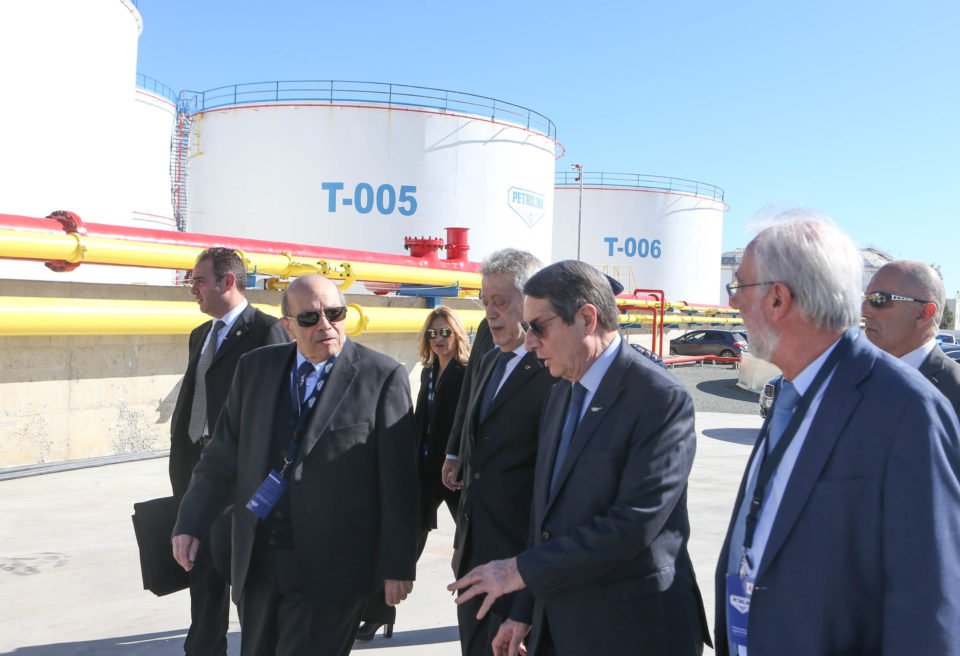 The government’s goal has been and continues to be the transformation of Larnaca into a modern European city, Anastasiades said, adding that the promotion of projects such as Petrolina’s new terminal in Vasilikos is the driving force for the economy.

The president described the event as “a new day for Larnaca, for the energy centre and for Cyprus.”

He added that Petrolina is one of the first companies active in Larnaca, as they have invested in storage and fuel management infrastructure in Vasilikos area, signaling the beginning of the country’s energy plans.

After his speech, Anastasiades went to the place where the fuel is located and pumped fuel from a pump to a tanker, and then a plaque was unveiled.