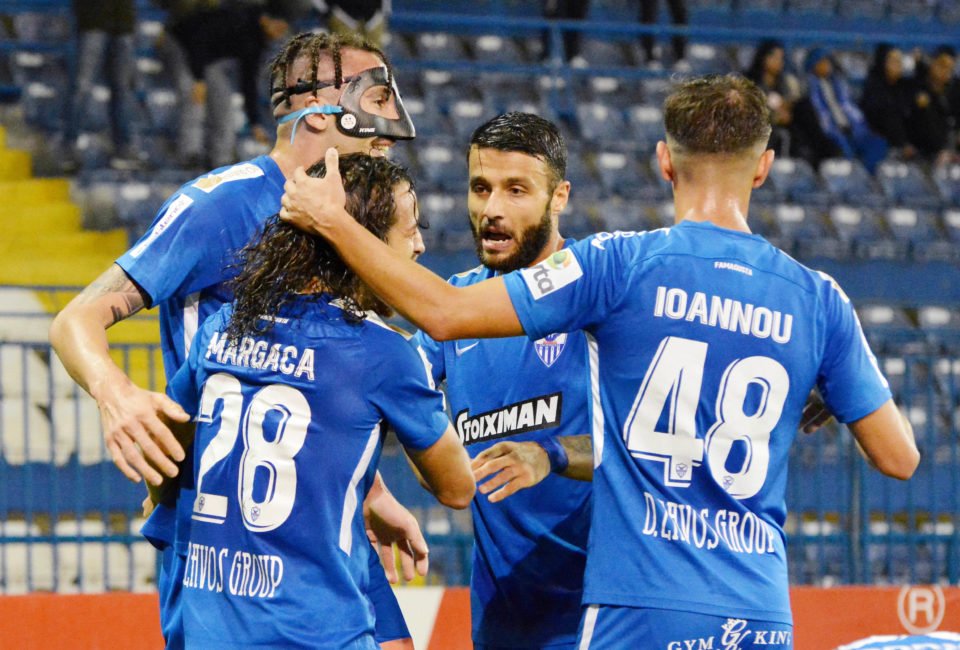 The football league resumes this weekend following the ‘unexpected’ abstention from refereeing by the officials last week and all eyes will be on the top of the table clash between second placed Omonia and runaway leaders Anorthosis.

Both teams will be eager to take the three points even though leaders Anorthosis should be content even with a draw, as this will preserve their four-point lead at the top.

The ‘break’ worked to the Famagusta’s team advantage as key players who were nursing injuries and were set to miss the game if it had been played last week seem to have fully recovered and will be available for selection by their coach Timur Getsbaya.

Goalkeeper Loria, their top scorer Ruben Rayos as well as Greek midfielder Vassilakakis are set to return to the fold with only Georgian international Tornike Okriashvili set to miss out along with Renato Margaca who has been on the sidelines for a few weeks now.

Omonia’s goalkeeping woes continue as their first-choice goalkeeper Fabiano Ribeiro has been ruled out for at least a month. Ribeiro was signed back in October to replace Omonia’s two other goalkeepers, Ouzoho and Panagi who were injured while on international duty and are set to miss the rest of the season.

Rookie goalkeeper Charalambos Kyriakides will be under the goalposts for Omonia with the youngster admitting that he did not expect to be called into first team action so soon.

“I certainly did not expect this, but I am more than ready for the upcoming match against Anorthosis” he said.

It will be a stern test for Kyriakides as he will be up against the team that boast the best attack with 34 goals in 15 games.

There are no other injury concerns for Omonia’s Norwegian coach Henning Berg.

Three points behind Omonia is Apollon, who on paper have the easiest game from the top 4 teams, as they take on lowly placed Ethnikos Achnas in Limassol.  The last time Apollon dropped points was back in early November when they drew with Apoel in Limassol. Since then Apollon have six straight wins.

The honeymoon period for Apoel’s new coach Kåre Ingebrigtsen is well and truly over with his team unable to score in their last three games.

Goal shy Apoel face bottom placed Doxa Katokopias at the Makareion stadium with the home side desperate for points that will give them a glimmer of hope in their battle to avoid relegation.

AEK, who are currently languishing in 7th place, entertain AEL who are just ahead of them by one point.

In the final two games Nea Salamina take on last but one Enosis Neon Paralimniou while Pafos FC meet Olympiakos.