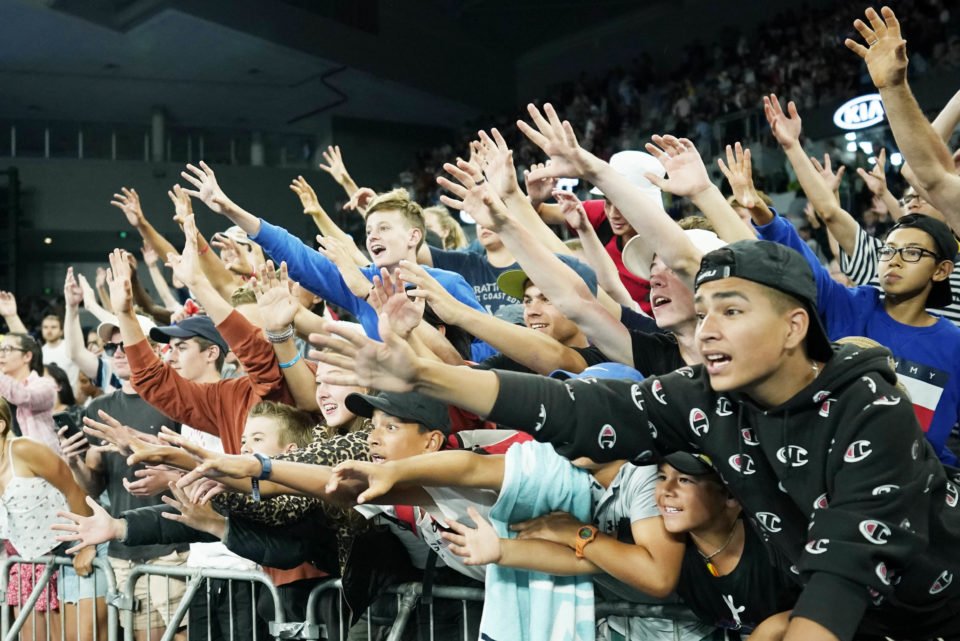 Nick Kyrgios lost his temper and blew a two-set lead but still managed to win a five-set thriller to storm into the fourth round of the Australian Open with a 10-8 victory over Karen Khachanov in the super tiebreaker on Saturday.

Russian 16th seed Khachanov played a full part in the four-hour, 26-minute epic, saving match points in both the third and fourth-set tiebreaks before sending his final backhand wide to trigger delirium in Melbourne Arena.

“It was crazy, that was insane, I’ve got no words to describe how I’m feeling right now,” said Kyrgios, who pounded 33 aces and 97 winners over the contest.

“This is just epic man, I don’t know what’s going on.

“I was losing it mentally but my support team just wheeled me over the line, I thought I was going to lose. It’s definitely one of the best wins of my career, for sure.”

Kyrgios’s public image has been transformed since he called on the millionaires of the tennis world to help the victims of Australia’s bushfire crisis, triggering an appeal that has raised more than A$5.5 million ($3,755,675).

He further endeared himself to his compatriots by sweeping into the third round at his home Grand Slam with victories on the Melbourne Arena court where he feels most at home.

The “new Nick” narrative continued through the first two sets on Saturday as he took an imposing lead over Khachanov.

Kyrgios produced a customary mix of the obscene — pithily urging the crowd not to shout out during points — and the sublime — the trademark “tweeners” and a drop shot at the net of breathtaking insouciance.

He even received the loss of the third-set tiebreak with the closest he could manage to equanimity and it was only after he introduced an element of the ridiculous that he suffered his meltdown.

Leading 4-4 30-0 in the fourth set, Kyrgios unnecessarily went for another “tweener” and got it spectacularly wrong, losing the point and cutting his finger in the process.

The umpire gave him a time code violation as he wiped his finger on the towel, which triggered a reaction from Kyrgios long familiar to the Australian public.

“Are you stupid? Can you not see?” he exploded at the official after throwing down his racket and holding out the injured finger, further describing the man in the chair as “an idiot” with an expletive thrown in for good measure.

However, unlike after some of his previous meltdowns, his game did not fall apart and he continued to throw his tiring body around the court after losing the fourth-set tiebreak as the match headed towards the new 10-point decider.

The was touch and go until a searing Kyrgios backhand winner down the line tied it up at 8-8 and gave the Australian 23rd seed the momentum, which he rode to victory two points later.