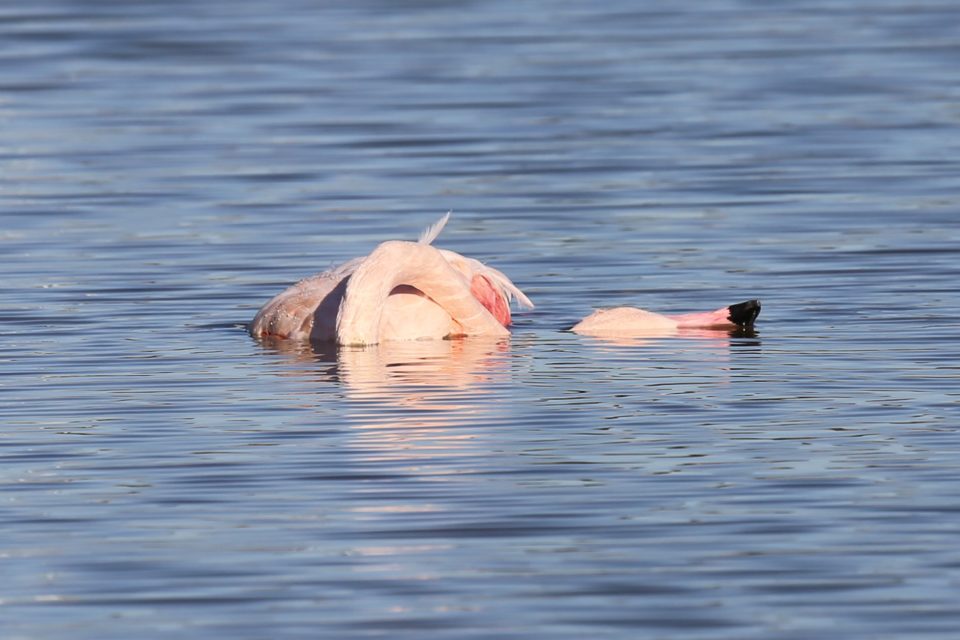 One of the dead flamingos at Larnaca salt lake

Dead flamingos at the Larnaca Salt Lake some of which seemed to have been decapitated, shocking images of which were seen on social media on Saturday, were probably the result of lead poisoning.

Game Fund Head Pantelis Hadjiyerou said approximately 20 flamingos were found on Saturday morning, but he said their deaths were exacerbated by the cold weather.

He added the stress from the cold along with potential lead poisoning could have accelerated the death of the birds, causing the scene in Larnaca.

Hadjiyerou said the deaths were not particularly concerning, as “approximately so many flamingos die each year”.

Commenting on the lead poisoning, Hadjiyerou said the birds could have been poisoned by lead pellets left as in the salt lake, following the shutdown of a shooting range, but they could also have been infected from another region in the world, as flamingos are migratory birds.

On Wednesday, he said a population count was conducted by the Game Fund, which showed 9,000 flamingos in Larnaca and 8,000 in the Akrotiri wetlands. However, he noted that prior to the population count in a span of 15 days seven more flamingos were found dead.

Hadjiyerou said these flamingos were sent for testing to determine their cause of death, where lead pellets were found in their stomachs, which caused their deaths. 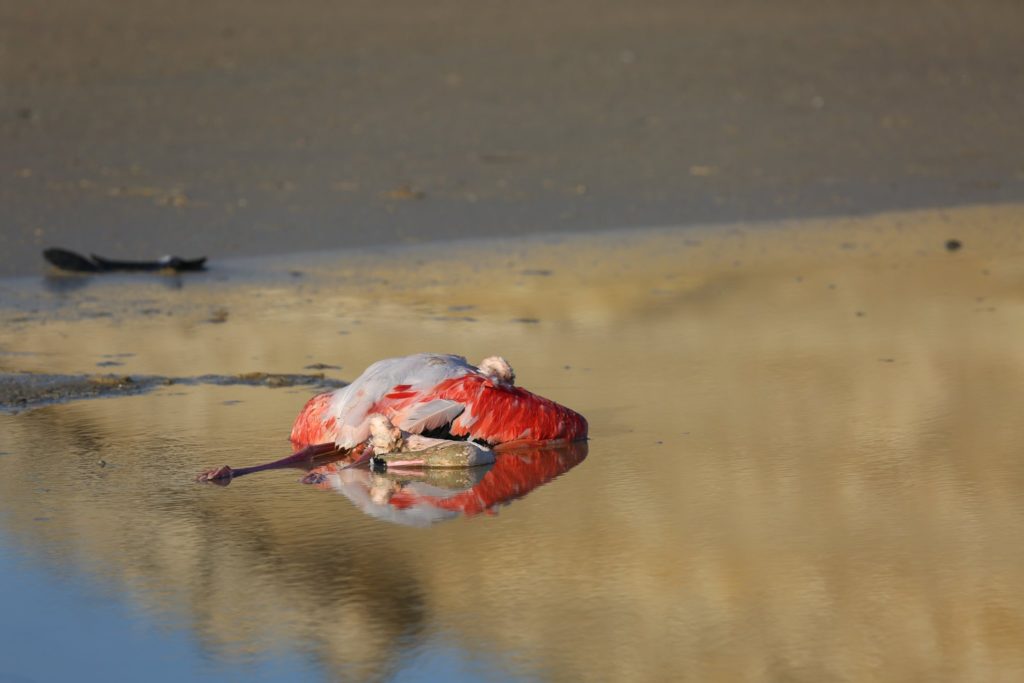 The Cyprus Green Party was the first to condemn the dead birds, calling for an immediate investigation into the matter.

Deputy head of the party Efi Xanthou wrote on social media: “Something tragic has happened at the Larnaca Salt Lake. The criminal (and negligent) that caused their death must be investigated.”

Green Party head Giorgos Peridikis said the action reminded him of a time other animals were poisoned by lead in large quantities.

Agriculture Minister Costas Kadis said the matter is being investigated.

Birdlife Cyprus’ director Martin Hellicar said the flamingoes could have died from lead poisoning from residue left in a nearby former shooting range, which was flooded due to the recent heavy rains.

He added the incidents have been occurring over the past few days, and that the Game Fund has collected the bodies of the birds for testing to determine the exact cause of death.

Images showing decapitated birds, Hellicar said, could be a result of foxes that scavenged on the corpses.

“If we are unable to host them [the birds] in Larnaca, then we are useless,” he said.