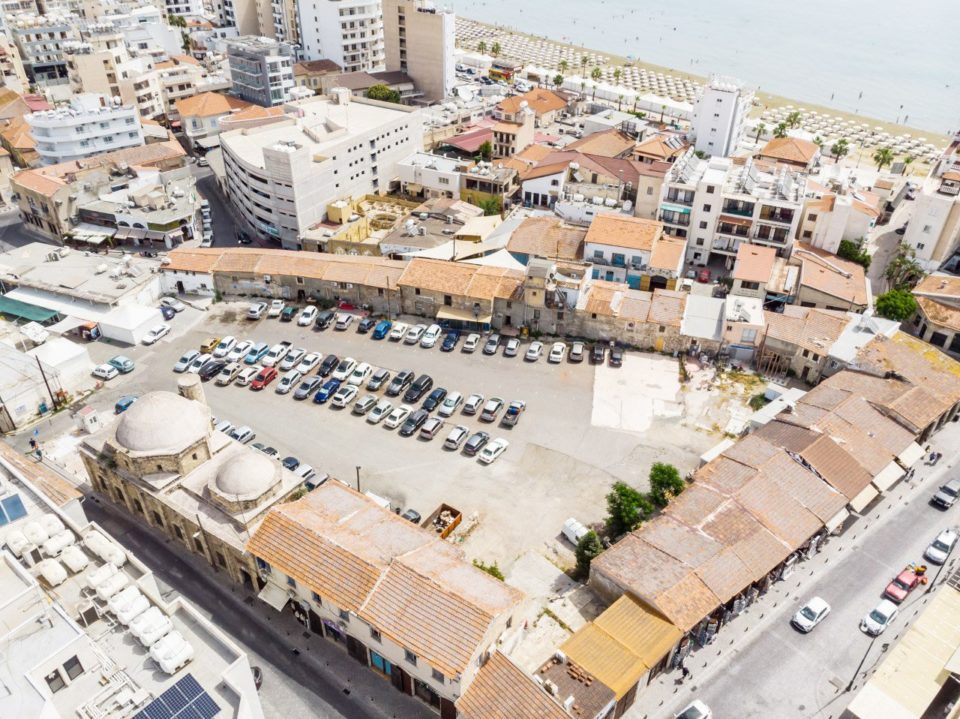 THE Turkish Cypriot religious authorities are seeking legal measures against the Larnaca municipality’s decision to revamp the Zouhouri mosque complex area, arguing they should be consulted because all Muslim places of worship belong to their religious foundation, Evkaf.

Larnaca municipality announced earlier this month that it was seeking tenders from contractors to carry out the redevelopment of the old Turkish Cypriot market near Zouhouri Tekke in the old town. The project was estimated at €2.9m and is based on the designs of architectural firm Sigma & Co, which was awarded the design contract in 2019. The plan is to revamp the market square, now used as a car park, and surrounding workshops.

The project covers the area immediately surrounding the mosque which will not be touched. But news of the redevelopment has angered the Turkish Cypriot religious authorities who said they were not consulted prior to any decisions taken.

“This is not the way to a peaceful co-existence,” Imam Shakir Alemdar told the Sunday Mail.

Alemdar is the mufti of Larnaca covering also Nicosia, Limassol and Paphos and serving at the Hala Sultan Tekke. He is also the representative of the mufti of Cyprus.

He said according to the Republic’s laws, the muftiate of Cyprus is responsible for the administration of the Zouhouri complex as with all other Muslim places of worship.

The imam said he had also sent an email to the municipality back in 2018 when the architectural competition was announced but received no response.

“No reply from them,” he said.

He said the area now used as car park and 35 shops all belong to Zouhouri and their aim was to generate income for the upkeep of the mosque.

“That land belongs to the mosque,” he said, adding that what is happening was an abuse of power.

Since 1974 the shops have been mainly workspaces for Greek Cypriot refugee carpenters and other tradesmen.

“It is a holy place, we don’t want its commercialisation,” the imam said, adding they would have liked to be involved in any project.

He said the mosque was built around the 1860s but sits on top an older one.

He also said the Zouhouri mosque is of unique architecture and a very holy site as there is a tomb inside of a holy person.

These moves are “extremely offensive”, he said, but also illegal according to their Greek Cypriot legal councillors.

The imam said they are seeking advice on possible legal measures against this decision.

He also said that while the island’s religious leaders have good relations between them it’s bureaucracy that’s hindering religious freedom.

As an example, he mentioned that during the 11 years he has been operating the Bayraktar mosque in Nicosia, he has been asking for an ablution area to be constructed there but his request fell on deaf ears, he said.

Following the 1974 Turkish invasion, the interior minister as the designated guardian, is tasked to manage Turkish Cypriot properties with the aim of helping refugees by temporarily allowing them usage, and to also protect and make sure that the rights of the rightful owners are not overlooked “until the end of the unstable situation created by the Turkish invasion”.

“The law is clear on this,” Matheopoulos told the Sunday Mail. He added that there are also a series of court decisions to back it.

He said Larnaca municipality was granted permission by the guardian for the redevelopment of the Zouhouri area.

Larnaca Mayor Andreas Vyras argued that, on the contrary, the upgrade will give a different image to the site which is now abandoned.

He said the area has been entrusted to the municipality by the guardian of Turkish Cypriot properties and that any redevelopment will be “with full respect to the monument.”

“The laws on the management of Turkish Cypriot properties are clear,” he said.

Larnaca municipal engineer, Andreas Karakatsanis told the Sunday Mail the renovation will upgrade the site and will not change anything.

The renovation mainly concerns revamping the yard and restoring the interior facades of the buildings around it since they are in a very bad state.

Some makeshift buildings that were erected in the yard by vegetable sellers will be demolished with kiosks set up in their place so that they can continue working there, he said.

The renovation will also provide access to the yard to some cafes already in the area and provide space for tables and chairs.

A hostel that now sits derelict on site will also be renovated to host visiting artists, he said.

The mosque, which has been declared an ancient monument, will not be touched.

An online petition was launched against the revamp of the site calling for support to raise the issue with Larnaca municipality.