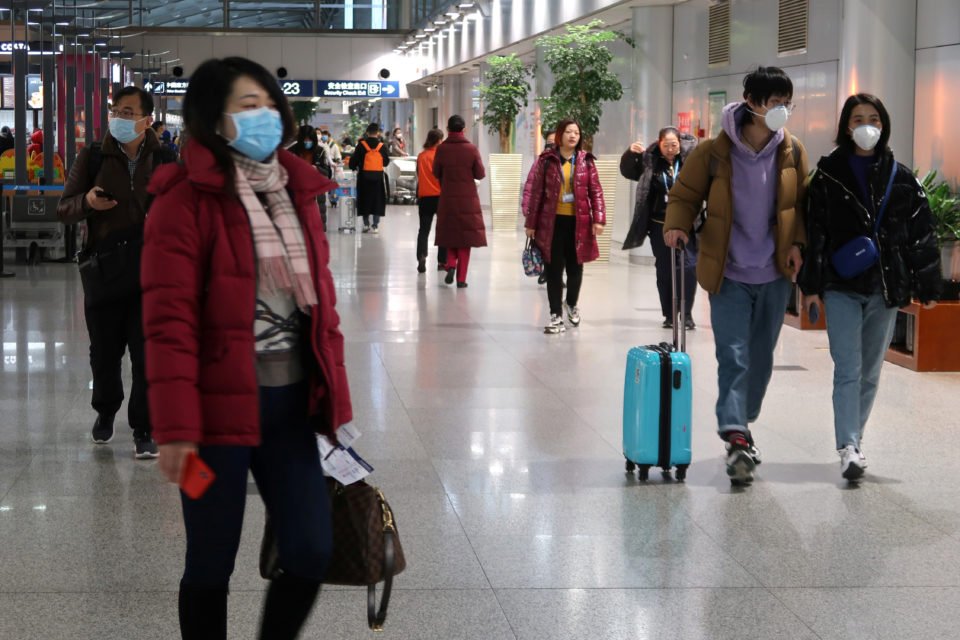 The Cypriot Ministry of Foreign Affairs has until now received a small number of phone calls concerning the issue of the coronavirus, and nothing that may cause concern has come up so far, the Cyprus News Agency reported on Sunday.

Persons who called seeking information were either Cypriots who visit China, or people in Cyprus who schedule to visit China or have relatives there.

Meanwhile, Cyprus’ Ministry of Health on Sunday advised citizens not to visit Wuhan if this is not absolutely necessary while gave instructions to those who will visit the city about the measures they need to take to avoid being infected with the virus.

They are advised to frequently wash their hands with warm water and soap for at least 20 seconds or use antiseptics containing alcohol if soap is not available. They must also cover their mouth and nose with a tissue or their sleeve (not their hand) when coughing or sneezing.
They should also avoid contact with animals (live or dead) and their secretions as well as purchase animals and products of animal origin (such as non-cooked meat).
Members of the public are also advised to monitor their health and seek medical help if they develop symptoms such as cough, fever or shortness of breath.
After returning from a trip to China, and in particular from the city of Wuhan, members of the public are advised to monitor their health for the next 14 days. If they experience symptoms such as fever or  respiratory symptoms such as difficulty in breathing or coughing, up to 14 days after returning home, they must stay home and seek immediate medical attention, reporting their recent trip to their family physician or at the Ministry of Health’s Infectious Disease Control Unit at 22605601, 22605659 or the 24-hour number 22887171 of the call center.

The foreign affairs ministry issued a Travel Advice on Saturday urging Cypriot citizens to avoid traveling to  Wyhan in the province of Hubei.

The ministry also called on Cypriot citizens to monitor local and international media for developments concerning the said virus and to follow the instructions issued by the Chinese authorities including personal protection measures.

It also said that as of January 23 all public transport in the city of Wuhan have been suspended including bus and train services to and from the city, while flights to and from the city’s airport have been also suspended. The Chinese authorities have also implemented restrictive measures in an additional 13 cities of the Hubei province, the Cypriot ministry notes.

According to the World Health Organization cases of pneumonia from a so far unknown coronavirus have been confirmed in the city of Wuhan, while cases are confirmed in other regions of China. Furthermore, the People’s Republic of China National Health Commission has announced that until January 25 a total of 1,287 cases of the virus (2019-nCoV) have been confirmed in 29 Chinese provinces, of which 95 critical and 41 fatal (40 in Wuhan city, Hubei province, and one in the Heilongjiang province).

Moreover, 10 cases have been confirmed in Hong Kong, 5 in Macau and 3 in Taiwan, the ministry added.