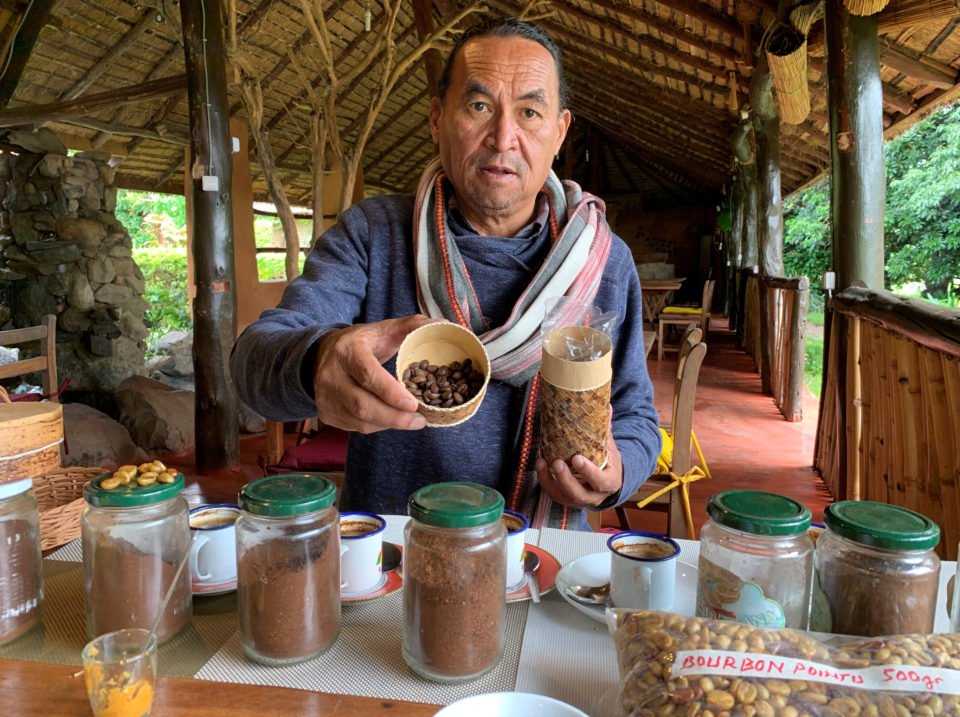 In the rich volcanic soils of central Madagascar’s Itasy province grows a rare and fragrant coffee coveted by bats and humans alike. The twist: humans want it even more after the bats have nibbled on it.

Farmers around the world are turning to premium and rare beans, some including an animal touch, to shore up their incomes amid a global production glut that has driven down prices .

But this may be the first time such coffee is being commercially produced in Africa, said Matthew Harrison, buyer at speciality coffee sourcing company Trabocca.

“Before, most people here in Itasy did not have any interest in growing coffee,” said Ravaonasolo, president of a local coffee group. “Today it’s become our livelihood.”

Bourbon pointu sells domestically for about $101 per pound (200 euros/kg), more than 50 times the price of commodity-grade coffee. A bit of bat spit pushes the price higher.

Wild bats chewing on ripe coffee berries results in a reaction between their digestive fluids and outside air that gives a uniquely smooth flavour, say customers.

It’s the brainchild of farmer and agricultural entrepreneur Jacques Ramarlah.

Two years ago, he reintroduced bourbon pointu beans to the area from nearby Reunion Island. He later introduced bat coffee after observing them nibbling the best beans.

Now, Ramarlah works with about 90 farmers who send him beans for processing and marketing, some at his on-farm restaurant.

The farmers produced two tonnes of coffee this year, with plans for 20 tonnes by 2021, for export to discerning markets like Japan. His customers mostly come from local high-end restaurants and hotels. Bat coffee will be a small portion of production.

Extremely high-value coffee is a very niche market, but it is growing, said Harrison, the Trabocca buyer.