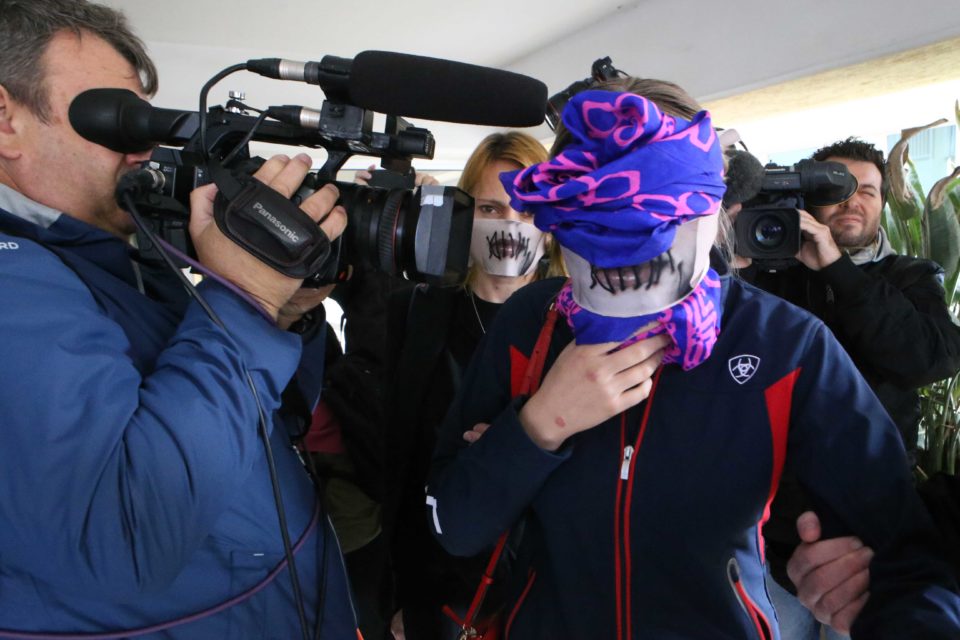 The British teenager convicted of lying over being gang raped in Ayia Napa last July has for spoken out about what happened to her for the first time.

In an interview with the Sun, the first since she returned to the UK after her suspended jail sentence, she said the 12 Israelis who raped her “were like a pack of animals — a pack of wolves.”

She repeated that she was forced to sign a confession by Famagusta police which stated she made up the rape.

“I told the truth. The fight has just begun,” the 19-year-old teenager told the Sun, referring to an appeal lodged to get her conviction overturned, a four-month jail sentence suspended for three years.

According to the interview, she was raped after striking up a “normal holiday romance” with a young Israeli with whom she went to a hotel room.

“I knew he was leaving the next day so we started kissing. About five minutes later, I heard the sound of the room door opening and turned around.”

“He grabbed me and threw me on the bed.”

“He pinned my shoulders down by kneeling on them — he was well-built, strong — I couldn’t move. From under his knees, I turned and saw the light growing from the doorway.”

She reported the other 12 attackers then entered the room and she was assaulted for 20 minutes before she managed to escape.

When she went to police, she was questioned for eight hours without a lawyer, she said, before being forced to sign a confession.

“I knew straight away I’d done something really, really wrong by signing it.”

“I was panicking by now and I told a social worker in the police station what had happened. But she just said, ‘There’s nothing you can do now’.”

The Sun also cited excerpts from her prison diary, in which she wrote:

“At night I lie awake, sleep will not take me.”

“I can see their hands grabbing me, touching me. It makes me sick.”

The young British woman said her dreams of studying have been shattered by the post-traumatic stress disorder she suffers from.

“I’d like to go back to college maybe but I just need time to breathe.”

“The most I can manage is going to the gym with friends and spending time with my collie Kai. I can’t think further ahead than that yet.”

The teenager claimed she was raped by up to 12 Israeli tourists in a hotel room in the town of Ayia Napa on July 17 before being charged herself after signing a retraction statement 10 days later.