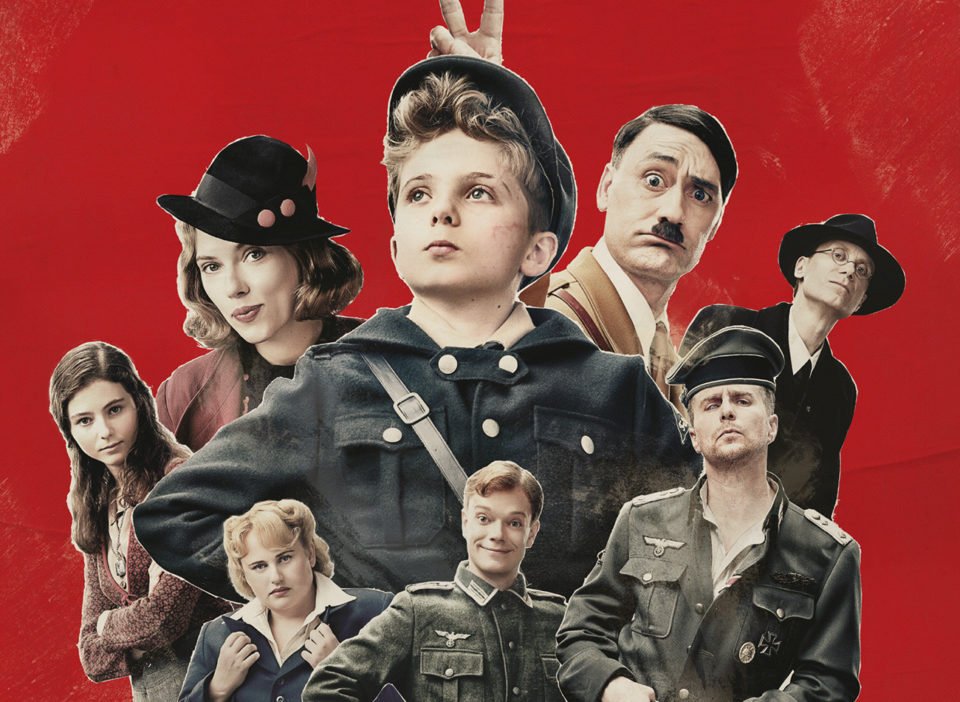 Jojo Rabbit is the most charming film centred around Nazi ideology to grace cinema screens since… well, ever. Leave it to the wonky, delicious mind of actor-turned-director Taika Waititi to paint a whole new perspective on Germany circa 1944 with his signature brush and allow the use of charming and Nazi in the same sentence. A brush so deeply dipped in satire it’s about as heavy as the hammer of Thor. And Waititi knows exactly how heavy that is. After successfully directing Marvel’s Thor: Ragnarok – easily the funniest and most entertaining movie from the Marvel Comic Universe to date – the stars aligned for him so fast and so hard that he practically became a superhero himself. One that has the power to turn anti-Semitism into punchlines and Nazi sympathisers into sympathetic characters.

Taking inspiration from Christine Leunens’ novel Caging Skies, Jojo Rabbit follows the story of 10-year old Johannes Betzler (played by the adorable Roman Griffin Davis) who is completely obsessed with all things Nazi. So much so that his imaginary friend, closest confidant and sort-of father figure is none other than Adolf Hitler (Waititi) himself. Johannes joins a Hitler Youth Camp, supervised by Captain Klenzendorf (Sam Rockwell, rocking it as per usual), and gets bullied because he refuses to kill an innocent rabbit. Walking away from the ordeal with a supposedly-nasty-but-actually-really-cute nickname – Jojo Rabbit – he goes home into the loving arms of his single mother Rosie (Scarlett Johansson). Things take a twist when Johannes discovers that his mom has been hiding a young Jewish girl Elsa (Thomasin McKenzie) in their attic. Resolved to expose and destroy her at first because he believes that Jews are the worst thing ever, Johannes ends up befriending Elsa instead. These emotions whip up a major whirlwind inside young Johannes thanks to his Nazi fanaticism, and ultimately shape the heart of Jojo Rabbit’s story.

There’s simply no way that the film’s irreverent approach to one of the darkest periods in history will please everyone. Satire is a fickle beast, and while Waititi’s screenplay is super careful in never making sure it crosses into territory that might be considered genuine Nazi sympathy, it’s impossible to play around with this kind of subject without pushing someone’s button, somewhere. Especially when you have the director of the movie playing Adolf Hitler like he’s having the time of his life.

Ambitiously marketed as an “anti-hate movie”, it’s no wonder that Jojo Rabbit only fails when taken too seriously and over-analysed for all the things it may or may not be implying about the current state of affairs in the US and a certain President that Hollywood loves to hate (and yes, sometimes even compare to Hitler). And whenever the film takes itself too seriously – particularly with one devastating moment that comes out of the blue – it fails because it pops the comfy satirical bubble and begs the ‘is he being serious right now?’ question both literally and figuratively. That’s when the satire starts to feel flippant and when it’s easy to remember that making fun of Nazis is a very, very easy and safe thing to do.

Luckily though, the film doesn’t take itself too seriously too often. It shines through the performances, especially from 12-year-old newcomer Davis, who is tasked with carrying the entire thing on his shoulders and does so like a 40-year-old thespian. Scarlett Johansson is the one getting all the awards attention however – including an Oscar nod – for her portrayal of the perfect mother/human Rosie and it’s easy to see why: she’s instantly loveable, clearly the soul of the film, and plays the tragicomic balancing act better than any other adult in the film. Waititi’s adapted screenplay is also nominated for an Oscar. Waititi’s wit is infectious, sparkling and popping throughout – especially through a handful of secondary characters who are worth the price of admission alone. These are Stephen Merchant as Gestapo team leader Deertz (doubt there’ll ever be a funnier ‘Heil Hitler!’ greeting sequence in any medium), Rebel Wilson as Hitler Youth Camp instructor Fraulein Rahm, and young Archie Yates as Jojo’s friend Yorki who is blessed with delivering the film’s greatest line when the Germans lose the war: “definitely not a good time to be a Nazi.”

While Jojo Rabbit doesn’t hold a candle to The Death of Stalin – a much finer example of how to satirise extreme ideologues – in terms of sophisticated nuances and storytelling mastery, it has enough charm and entertainment value to work as a comedy. Then again, if it had less slapstick comic relief Hitler it would’ve been a tad more dignified and if it didn’t take its lofty ambitions of being an “anti-hate” film too seriously, it would’ve also worked as a proper satire too.