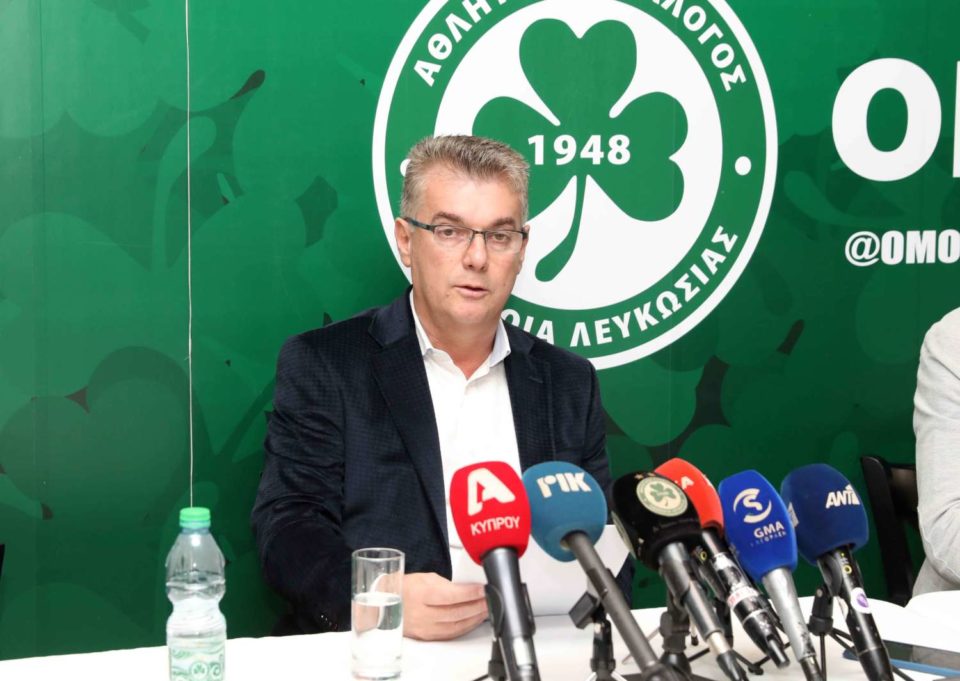 Omonia Nicosia football club is offering up to €25,000 to whoever comes forward with useful information about corruption in football, club president Stavros Papastavrou announced on Monday.

“Until the end of the current season, we are offering a fee starting from €5,000 and up to €25,000 to anyone who will bring us information that turns out to be useful,” he told a press conference where he gave an update regarding the club’s plans to fight corruption in Cypriot football.

In an unprecedented move on January 10, the club issued a statement accusing the Cyprus Football Association (CFA) and other teams in the Cypriot football league of corruption and urged the European and world football governing bodies Uefa and Fifa to intervene.

The statement also made serious allegations about people connected to the underworld involved in Cypriot football.

During Monday’s press conference, Papastavrou said the club has completed a report on the state of Cypriot football and they are ready to give it to the Uefa representatives that are currently in the country to investigate match-fixing claims.

“We are at Uefa’s disposal,” he said. “We are willing to work with them and help them with their investigation.”

He added that illegal betting was not the only problem football in Cyprus faced.

“There are several other problems, including corruption and intimidation that we have to face in order to clean up the situation. If we do not act immediately, we are facing an absolute disaster.”

Papastavrou announced Omonia would create a website in English, where they will regularly publish dodgy mistakes made by referees, “in order to shed light on issues that are preventing our football from growing”.

“We will also hire a former referee, who will be in charge to analyse and identify those mistakes and will send his findings to the Uefa.”

He said people can email anonymously any information about unclear decisions or blatant mistakes taking place on the pitch.

“The emails will be handled by a lawyer who will be responsible for investigating, cross-checking and trying to substantiate the claims,” he said.

All final reports will be given to the attorney-general and to Uefa.

“Through this action we are hoping to gather other evidence that will help the police and the CFA to function properly,” he said.

Following the press conference, police called on Papastavrou to provide them with the evidence of his claims.

They did not say whether they had arranged a meeting with Papastavrou.