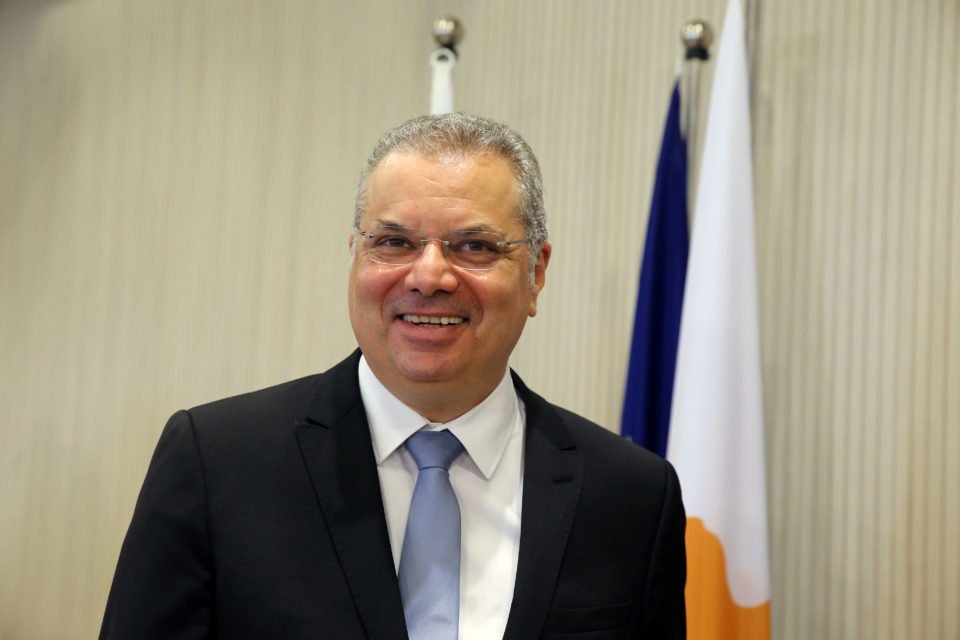 Interior Minister Nikos Nouris on Monday said the government was preparing a new policy to curb illegal migration to Cyprus where migrants make up 3.8 per cent of the population at a time when other frontline countries have under one per cent.

Among the promoted changes are closed reception centres for asylum seekers.

Speaking after Monday’s cabinet meeting, Nouris said that his ministry was working on a new migration policy in a bid to curb migrant flows “in a rational way and always within the framework of human rights”.

He said the new policy would be soon submitted to the cabinet for approval.

“Beyond the fact that there is a massive influx across the buffer zone, at the moment the problem is not refugees but economic migrants who are increasing,” the minister said.

He said measures are crucial as in the Republic the number of migrants corresponds to 3.8 per cent of its tiny population, when other EU countries that are so-called frontline states such as Greece and Italy have under one percent.

“We cannot let the problem be prolonged, specific measures need to be taken,” he said.

He added that he has made contacts with EU officials and Cyprus has received reassurances for technical help and support for the re-admission and return of migrants.

“We will try to implement them the soonest possible,” he said.

The minister did not elaborate further but his interior ministry announced over the weekend that Cyprus had secured technical support from Frontex and the European Asylum Support Office (EASO) to create closed reception centres. It also received reassurances that Frontex is ready to handle most of Cyprus’ migrant returns to third countries.

The ministry said that the migration influx “is one of the most serious problems the Republic has ever faced”.

It added that Nouris had a meeting last week with EU Commission for Home Affairs Ylva Johansson and during an intervention at the informal meeting of the EU’s ministers of justice and internal affairs, he sought the inclusion in the new EU policy of provisions for setting up a unitary list of safe countries, the activation by Frontex of a mechanism for the return of migrants to third countries and also an EU initiative for readmission agreements with non-EU states.

Former Interior Minister Constantinos Petrides announced last July that plans were underway with EU assistance to create one or two more reception centres catering for a total of 1,000 people. At that time he said there were 15,000 asylum seekers while another 15,000 had been granted subsidiary protection status.

According to media reports on Monday the closed reception centres will host migrants filing for political asylum while their applications will be processed within 15 days. If they are rejected, Frontex will arrange for their return to their home countries.

In November the government also announced they were contemplating amending the Green Line code of implementation to prohibit the movement of third-country nationals arriving from an illegal entry point, such as Tymbou (Ercan) airport to areas controlled by the Republic.

The interior minister said at the time they wanted to tackle illegal migration issues and tackle public security issues.