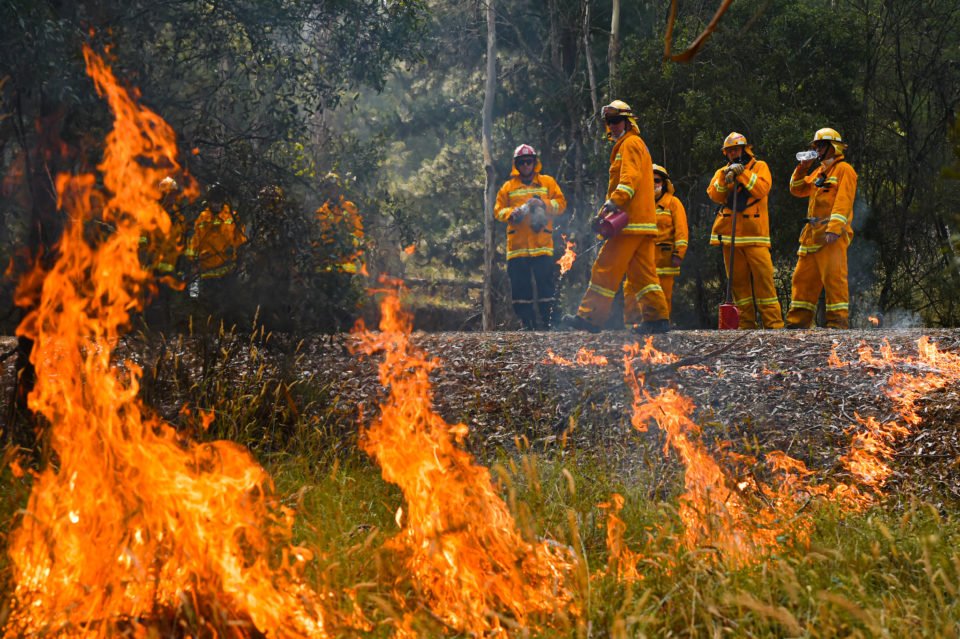 File photo: Australia had its hottest, driest year ever - a precursor to the ongoing deadly bushfires

Australian officials warned communities in bushfire-ravaged eastern states to strengthen fire defences on Tuesday amid forecasts of soaring temperatures and strong winds, as one approaching blaze cloaked the capital in thick smoke.

Bushfires have killed 33 people and about 1 billion animals since September, while 2,500 homes and an area the size of Greece have been destroyed.

Firefighters have used several days of cooler, damper weather across much of the continent to try to gain control of more than 100 blazes still burning before temperatures rise again from mid-week.

One blaze in a national park south of Canberra was upgraded to the emergency warning level, as the emergency services chief told residents to stay on alert, given rising winds could spark spot fires in the suburbs.

People in some areas near in Namadgi National Park were told it was too late to leave.

“The fire may pose threats to all lives directly in its path,” Emergency Services Agency Commissioner Georgeina Whelan told reporters. “…Firefighters may be unable to prevent a fire from reaching your property. You should not expect a firefighter on your door.”

Winds of 5 kph had reached gusts as high as 40 kph (3.1-25 mph), she said, fanning the blaze and worsening conditions.

Australia’s Bureau of Meteorology and firefighting services were predicting temperatures to top 40 Celsius (104 Fahrenheit) over the weekend. “Worsening conditions are forecast for later the week so prepare now,” the New South Wales Rural Fire Service said on Twitter.

People should clear their properties of any flammable vegetation, while any broken roof tiles should be repaired to protect houses from airborne embers, it said.

Here are Tuesday’s key events in the bushfire crisis:

* NSW firefighters were tackling 60 fires. Only one fire is at “watch and act” warning level, meaning there was no immediate danger. The rest are at lower warning levels.

* In Victoria state, there were 16 warnings in place, none of which was deemed an immediate threat to property.

* A high pressure weather pattern is set to move across Australia’s east coast later this week, bring soaring temperatures over the weekend.

* Researchers from the University of Sydney on Tuesday released a report that found just three days of low-level bushfire smoke exposure increased the threat of cardiac arrest, with people over 65 at higher risk.