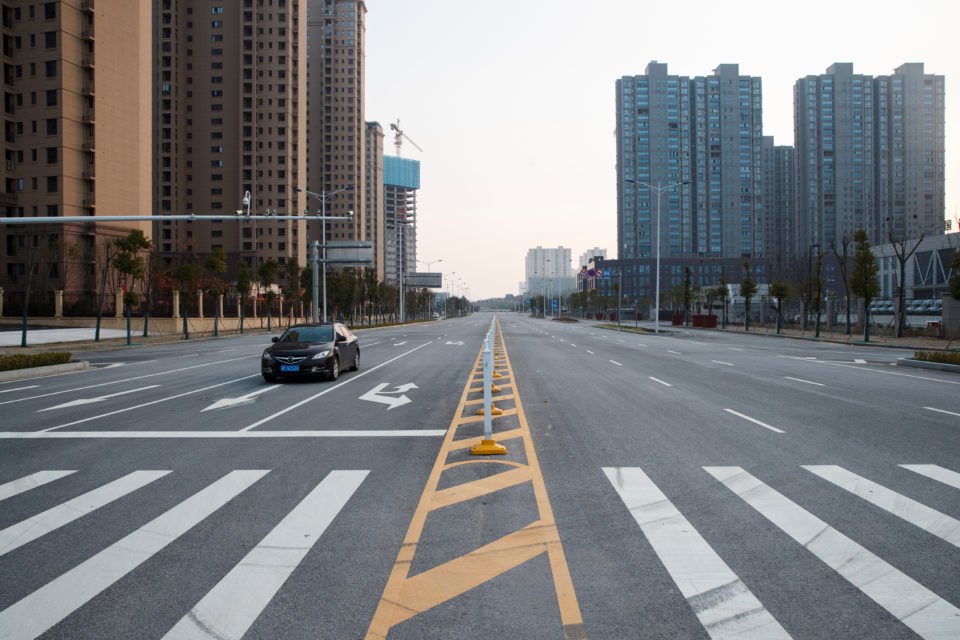 A car drives in an empty street in Yueyang, Hunan Province, near the border to Hubei Province, which is under partial lockdown after an outbreak of a new coronavirus, in China January 28, 2020. REUTERS/Thomas Peter

Countries around the world are planning to evacuate diplomatic staff and private citizens from Chinese areas hit by the new coronavirus, which is spreading quickly.

Wuhan, a city of 11 million in the province of Hubei and the epicentre of the outbreak is in virtual lockdown and much of Hubei, home to nearly 60 million people, is under some kind of travel curb.

Following are some countries’ evacuation plans, and how they are planning to manage the health risk from those who are returning.

• France will send its first plane to repatriate nationals from Wuhan on Wednesday and return the next day. The flight will carry people with no symptoms, junior transport minister Jean-Baptiste Djebarri told television channel CNews. “These people will be put under quarantine. And then there will be a second flight, at a yet undefined date, with people showing symptoms … who will be cared for in Paris,” he said.

• South Korea plans to send charter flights this week to evacuate its citizens from Wuhan, Prime Minister Chung Sye-kyun said on Tuesday. The planes will arrive in the city as early as Thursday, he told a ministerial meeting aimed at discussing efforts to prevent the spread of the new coronavirus.

• Japan will send a charter flight to Wuhan on Tuesday night. Foreign Minister Toshimitsu Motegi said the flight can carry around 200 passengers, but added about 650 citizens hope to return to Japan. Motegi said Tokyo is making arrangements for extra flights to Wuhan as early as Wednesday. Those with symptoms such as fever will be sent to hospital on landing at Tokyo’s Haneda airport, while those with no signs of virus can go home and then to work or school, but will be advised to avoid crowds and take their temperatures twice a day.

• Morocco will evacuate 100 citizens, mostly students, from the Wuhan area.

* The U.S. State Department said it will evacuate personnel from its Wuhan consulate to the United States and offer a limited number of seats to private U.S. citizens on a flight. Some private citizens will be able to board the “single flight” leaving Wuhan on Jan. 28 for San Francisco, it said.

* Britain is talking to international partners to find solutions to help British and other foreign nationals leave Wuhan, a spokesman for Prime Minister Boris Johnson said.

* Canada has about 167 nationals in the Wuhan area, Foreign Minister Francois-Philippe Champagne said on Monday, and eight people have sought consular assistance, which is being provided. While the minister did not rule out possible evacuations, he did not indicate there were any planned at the moment, adding that each consular request would be evaluated on a “case by case basis”.

* Russia has been in talks with China about evacuating its nationals from Wuhan and Hubei province, Russia’s embassy in China said.

* Authorities in Myanmar said they had cancelled a planned evacuation of 60 students who were studying in Wuhan. Kyaw Yin Myint, a spokesman for the Mandalay municipal government, told Reuters that a “final decision” had been made to send them back after 14 days, once the virus’ incubation period had passed.

* India says gearing up to evacuate citizens from China after coronavirus. Local media reported earlier that an Air India plane was on standby to evacuate an estimated 250 Indians from Wuhan, a city in Hubei province that is at the epicentre of the virus.

* Hong Kong leader Carrie Lam announced on Tuesday a suspension of high-speed rail and ferry links with mainland China as the global financial hub scrambles along with many countries to limit the spread of a new coronavirus.

* Taiwan raised its travel warning for China on Tuesday saying that people should avoid going unless absolutely necessary amid an outbreak of the new coronavirus there, and said it had begun to release stocks of face masks but would limit purchases.

* Three Russian regions in the Far East have closed their borders with China until Feb. 7 amid fears over the outbreak of coronavirus there, the TASS news agency cited the governor of Khabarovsk region as saying on Tuesday. Moscow city authorities have put in place special safety measures at hotels and tourist sites due to fears over the outbreak of coronavirus in China, Mayor Sergei Sobyanin said on Tuesday.

* Dubai state-controlled port operator DP World has suspended all staff travel to China until further notice due to the coronavirus outbreak there, a spokesman told Reuters.

Psem to quiz all students over four-monthly exams