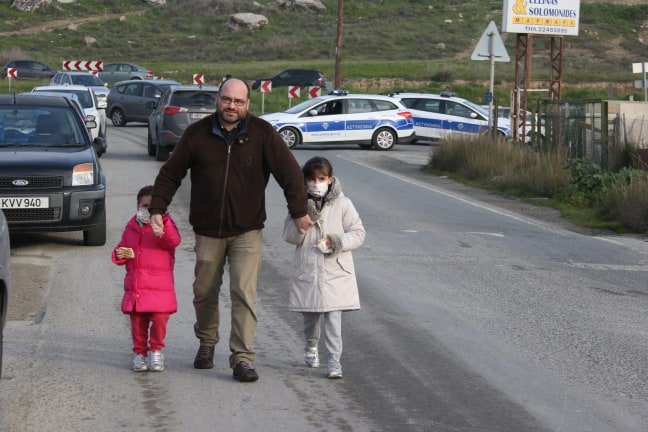 Children at a primary school in Dali refused to attend the first hour of classes on Tuesday in protest over the air pollution caused by asphalt factories located in industrial zones nearby.

Parents lodged a petition demanding from the education ministry to transfer their children to other schools.

“Our children breathe the fumes coming from specific industrial units in the area on a daily basis,” the head of the parents’ association Kyriakos Kyriakou said in a speech during the protest.

“Our school is one of the biggest in Cyprus, counting 444 children. There are 125 children at the nursery school next door,” he said.

“About 70 per cent of parents signed the petition, if we exclude sixth graders who are graduating,” Kyriakou told Cyprus Mail.

Teachers at the school also participated in the protest, while some have already asked to be transferred.

A post on social media on Monday morning by a teacher in Dali school said the pollution was worse in the morning.

“You are killing us every day,” the teacher said, begging officials to take action for a cleaner teaching environment for the sake of the children.

The school is surrounded by five industrial zones but the main pollution source appears to be two asphalt plants.

A committee with representatives from four different ministries was tasked last October to discuss the possibility of relocation with the owners of the plants.