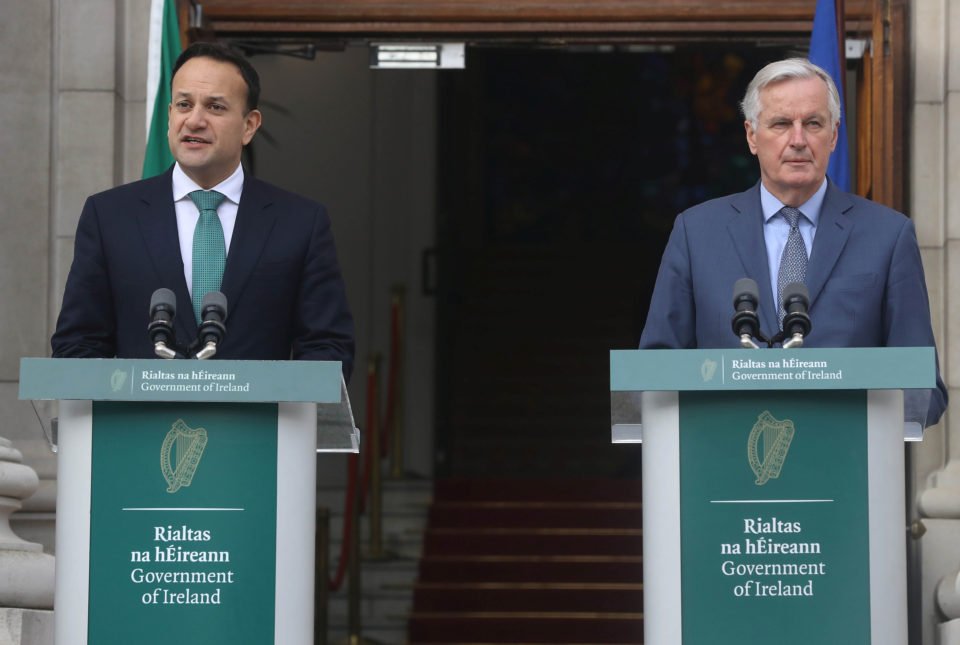 The European Union will “never, never, never” compromise on the integrity of its single market, its chief Brexit negotiator warned Britain , saying London must now face reality after underestimating the costs of leaving.

Some British politicians have suggested Brussels might be flexible on its rules in order to protect trade flows in talks due to begin in the coming weeks after Britain’s formal exit from the bloc on Friday.

But Michel Barnier, speaking in the British region of Northern Ireland widely seen as most at risk from Brexit, warned negative consequences were unavoidable.

“Leaving the single market, leaving the customs union will have consequences. And what I saw … in the last year, is that many of these consequences have been underestimated in the UK,” he said. “Now we have to face the reality.”

Barnier said that while Brussels was willing to be flexible and pragmatic in trade talks, Britain’s choices have made frictionless trade with the EU impossible.

If no trade agreement is reached, Britain still faces the risk of a cliff-edge Brexit in 2021 when an 11-month status quote transition ends, he added.

“If we have no agreement, it will not be business as usual and the status quo, we have to face the risk of a cliff edge, in particular for trade,” Barnier said.

The EU has repeatedly said the level of access UK products can continue to enjoy will be proportionate to the commitments London makes on EU rules, particularly in relation to state aid.

“It is not clear to me whether, when the UK leaves the EU and the Single Market, it will also choose to leave Europe’s societal and regulatory model. That is the key question, and we are waiting for an answer.” Barnier said.

Irish Prime Minister Leo Varadkar earlier on Tuesday said there would have to be some checks on goods going from Britain into Northern Ireland, despite British Prime Minister Boris Johnson’s repeated insistence that these will not be needed.

Johnson’s willingness to allow some EU regulations to apply in Northern Ireland to prevent the need for a border on the island was the crucial concession he offered last year to obtain a withdrawal deal with the bloc.

Barnier was asked repeatedly by journalists in Belfast whether trade talks could avoid the need to have checks, but he would only say the text of the withdrawal agreement that governs it was binding and could not be revisited.

“The Withdrawal Agreement must be applied with rigour and discipline by all sides. It cannot be re-opened under the guise of implementation,” Barnier said. Implementation will be crucial in building trust for the trade talks, he added.

Varadkar earlier on Monday told Britain’s BBC the European Union would have the upper hand in trade talks, having the “stronger team” due to its larger population and market.

Johnson’s aim of getting a deal by the end of 2020 “will be difficult,” Varadkar added.