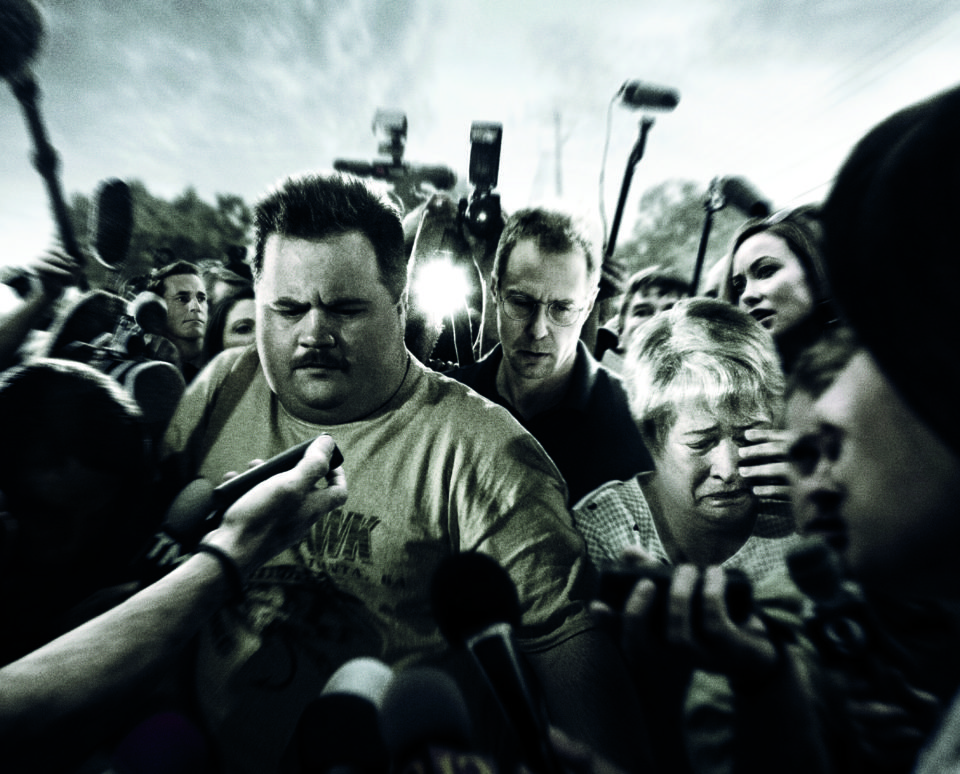 The story of Richard Jewell and the incident that defined his life has been relegated to the obscure pile of history, probably forgotten by those who knew of it in the first place – and I can’t imagine that that’s a lot of people. Who even remembers that the Summer Olympics were held in Atlanta, Georgia in 1996? But this just adds to legendary Clint Eastwood’s brilliance, who must’ve felt that crafting and releasing Richard Jewell in this day and age was perfect timing. It’s been nearly 25 years, but this incredible story feels frightfully relevant today. “The world will know his name and the truth,” bellows the official tagline, but considering how poorly the film has done at the US box-office (more on that later) perhaps the more accurate verb would be ‘should’, not ‘will’.

Resist the temptation of Googling Richard Jewell and stay away from Wikipedia. At least until you’ve seen the film. This is the story of the titular security guard (played by Paul Walter Hauser in an exceptionally nuanced performance) who has always dreamed of being a cop. He’s an overweight nerd who loves reading the penal code, and a socially awkward slow talker who still lives with his mom Bobi (Kathy Bates) so, naturally, a lot of people don’t take him very seriously. But he’s also mild-mannered, very polite and so earnest it’ll almost break your heart – so, naturally, some people can’t help but not root for him. One of those people is Watson Bryant (Sam Rockwell), a real-estate lawyer who sparks an acquaintance with Richard ten years before July 27, 1996.

On that fateful night in 1996, Richard goes to do his job as a security guard at Centennial Olympic Park – home to the Summer Olympics. Always on the alert and going the extra mile because he proudly considers himself a fellow law enforcement officer, Richard spots a suspicious-looking backpack and immediately takes action. Doing absolutely everything by the book, he ends up saving thousands of lives when the backpack explodes and injures over 100 people, killing one. He is praised for his heroics for all of 15 minutes, before jaded FBI agent Tom Shaw (Jon Hamm) and bored Atlanta Journal reporter Kathy Scruggs (Olivia Wilde) sink their teeth into the case. The former is desperate to solve the case since he was the agent on duty that night, and the latter is desperate for an interesting headline, so they both run with the idea that Richard Jewell fits the perfect profile of the frustrated white man turned lone wolf bomber.

What transpires from there on out isn’t hard to imagine. Richard’s life is turned upside down when the media herd flip the script and turn hero into suspect overnight, and he’s forced to elicit Watson’s help to represent him as his attorney. For the sake of readers who resisted the temptation of Wikipedia-ing how the story concludes, I’ll keep the rest spoiler-free.

Eastwood is still directing his guts out at the age of 89, showing no signs of limping or slowing down. Richard Jewell’s running time whizzes by thanks in large part to Eastwood’s long-time editing partner Joel Cox (whose work is more Oscar-worthy than most of the nominees up for Best Editing this year). The breath-taking pace and rhythm of the film is also helped by the compelling performances from the stellar ensemble cast. Hauser and Bates are the standouts, portraying a mother-son bond so naturally and beautifully that it’s impossible not be genuinely moved by it.

Only a director with Eastwood’s balls of steel would deign to release a film in the United States, in 2019, that shows how vicious and evil the media can be. Today’s world really should know Richard Jewell’s name and the truth behind his character assassination by the FBI and the media. The dismantling of legal concepts like due process and “innocent before proven guilty”, the toxic trend of digging into people’s past to paint a present picture just to fit an appeasing narrative, and the rise of fake news, is very prevalent in Western society today. Which is why it’s more important than ever to see the consequences this can have on innocent targets.

Of course, it’s very telling that Richard Jewell was immediately met with controversy thanks to one scene that didn’t feature Richard at all. Today’s media made a mountain out of a molehill from a scene featuring Kathy and Tom, so much so that they’ve labelled it misogynist and sexist – accusatory keywords that are thrown around very often these days and easily weaponised. Case in point: Richard Jewell may very well end up being one of Clint Eastwood’s biggest box office flops. Here’s hoping it won’t take as long as 25 years for critics and movie lovers to come to their senses and realise the urgency of the messages this film champions.