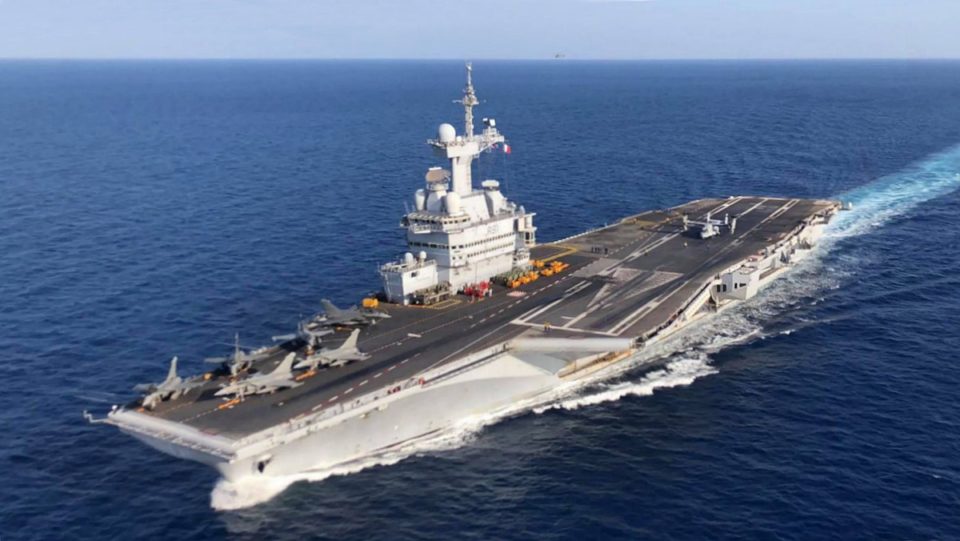 French Ambassador to Nicosia Isabelle Dumont said her country supports Cyprus’ efforts to solve problems with Turkey at a political level while also arguing that the solution of the Cyprus problem is possible.

The ambassador also said that sanctions against Turkey are not a goal since that would mean negotiations have failed.

In an interview with the Cyprus News Agency, Dumont also talked about the close relations between Cyprus and France, arguing that the port visit late next month to Limassol by the Charles De Gaulle aircraft carrier shows the very strong relationship between the two as it will be the only port the boat will visit during its mission in the Eastern Mediterranean.

The vessel is expected to arrive in the region at the end of January as part of its mission on fighting terrorism in Syria and Iraq. The Charles De Gaulle will stay in the region for a few weeks and will be accompanied by ships from Spain, Portugal, Belgium, the Netherlands, Germany and Greece, she said.

“It goes along with the permanent naval French presence in the Eastern Mediterranean and demonstrates the will of France to act as a stabilising factor in the region,” the ambassador told CNA.

She said that while the aircraft carrier group will be working on this operation, it will also be carrying training exercises with Cypriot marine and air forces. It is expected to call at Limassol port at the end of February, at the end of its mission.

The ambassador said that the issues that have come up due to Tukey’s stance in the Eastern Mediterranean need to be dealt with at political level.

As regards the EU measures against Ankara, she said her country supports Cyprus “because we think that it seems that it is the only way to get Turkey to step back and this is our objective. Our objective is not to put more and more sanctions against Turkey but to have Turkey respect the international law.”

On Ankara’s ongoing illegal drilling operations in off the island, Dumont said what Turkey is doing in the EEZ of Cyprus is contrary to international law.

“France has been constantly reaffirming its commitment to the sovereignty of Cyprus including its EEZ,” the French ambassador said.

On the use of the Evangelos Florakis naval base in Mari by the French navy, for which Cyprus and France have signed a letter of intent, Dumont said that “we are still working on this. The idea is to enlarge this Cypriot naval base with the support of France and we are still in the process of discussing that.”