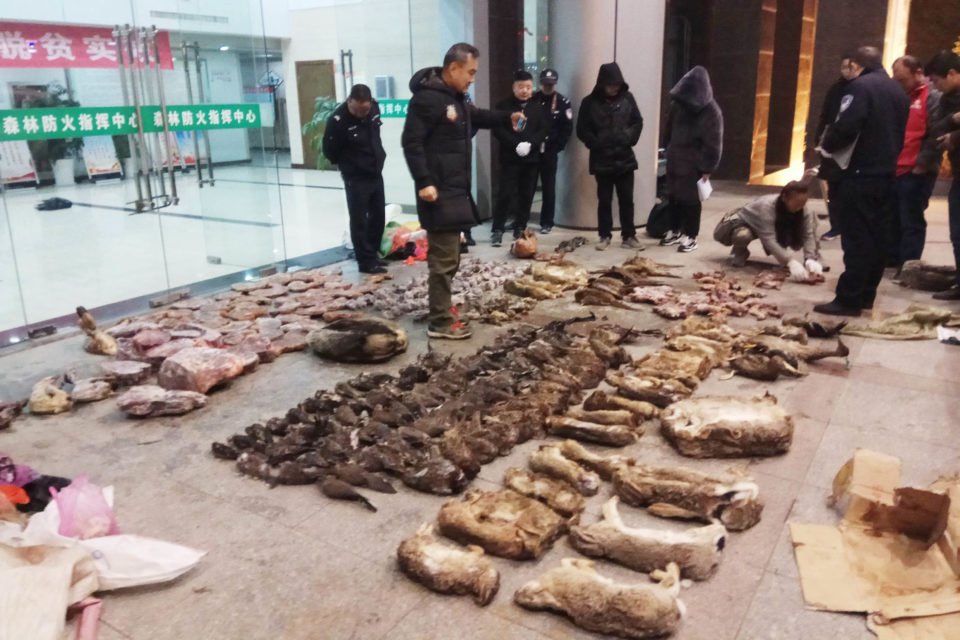 "Stop eating bats," said one Twitter user in Thailand, the top destination for Chinese tourists. "Not surprising that the Chinese are making new diseases," another Thai user posted alongside a video clip that showed a man eating raw meat.

The coronavirus outbreak has stoked a wave of anti-China sentiment around the globe, from shops barring entry to Chinese tourists, online vitriol mocking the country’s exotic meat trade and surprise health checks on foreign workers.

The virus, which originated in China, has spread to more than a dozen countries, many of them in Southeast Asia which has sensitive relations with China amid concerns about Beijing’s vast infrastructure spending and political clout in the region and sovereignty disputes in the South China Sea.

But as far away as France, a newspaper has come under fire for its “Yellow Alert” headline, echoing a historic Western racist term “Yellow Peril” used to sow fear of Asian influence, while authorities and schools in Toronto, Canada, have warned against discrimination against Chinese Canadians.

“Stop eating bats,” said one Twitter user in Thailand, the top destination for Chinese tourists. “Not surprising that the Chinese are making new diseases,” another Thai user posted alongside a video clip that showed a man eating raw meat.

China’s foreign ministry did not immediately respond to a faxed request for comment. China has said the virus outbreak should not be politicised.

“Because your country is beginning (to) spread disease…we do not accept to serve the guest from China,” read a sign in English outside the Danang Riverside hotel in the central Vietnamese city of the same name. Authorities later told the hotel to remove the sign, its manager said in a Facebook post.

Vietnam, which was under Chinese occupation centuries ago and contests Beijing’s sweeping maritime claims in the South China Sea, has particularly fraught relations with China.

But it is not alone in the region.

Over 60% of respondents to a poll of Southeast Asian officials, academics and other professionals said in a survey this month that they distrusted China. Nearly 40% said they thought China was “a revisionist power and intends to turn Southeast Asia into its sphere of influence”. The survey did not mention the virus.

Many countries have imposed visa restrictions on travellers from Hubei province – the epicentre of the virus – while some airlines have suspended all direct flights to mainland China.

But this is not enough for hundreds of thousands of people in South Korea and Malaysia who have signed online petitions urging authorities to ban Chinese from visiting their countries.

In an unusual move, Samal Island in the southern Philippines on Thursday banned not just tourists from China but from all countries affected by the coronavirus to the popular beach spot. China’s boom in outbound tourism has created a pattern of international travel unprecedented in human history and driven the growth of businesses to serve Chinese travellers around the world. From a trickle in the 1980s, Chinese tourist numbers grew to estimates of more than 160 million in 2019.

In Myanmar, officials launched surprise health checks on Chinese workers in the northwestern Sagaing region after a local lawmaker accused them of spreading the virus.

Aung May Yee, a regional MP, posted on Facebook that five cars filled with Chinese workers had arrived at a copper mining project near Letpadaung town from across the border and it was her “national duty” to alert authorities.

“At first, I suspected that they are coming illegally and hiding in there because of the virus,” she told Reuters by phone, adding that checks had found they were travelling on legitimate documentation and had no symptoms of illness.