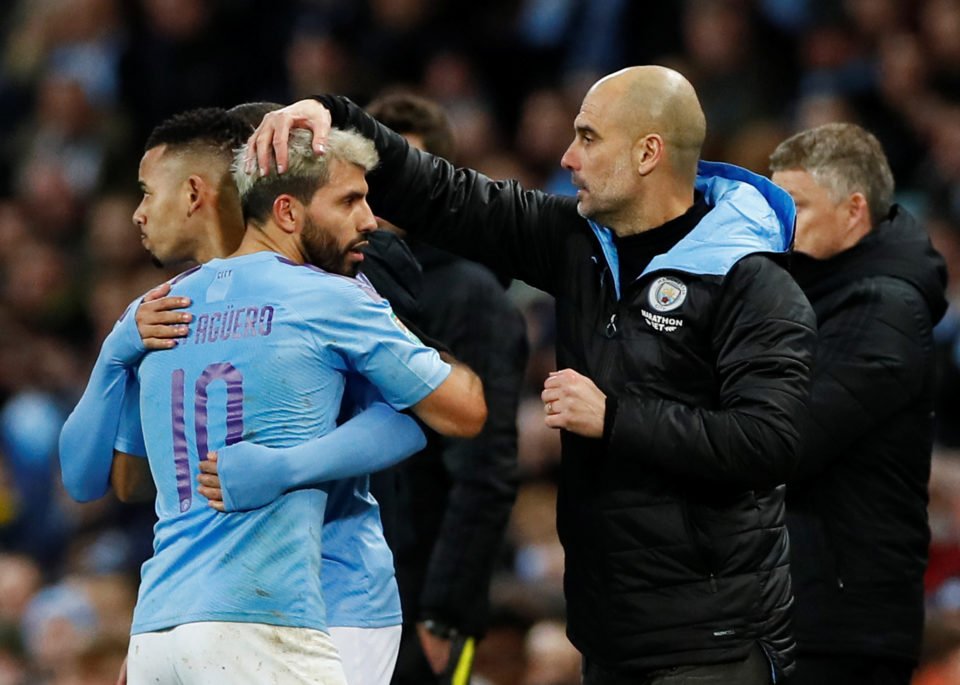 Pep Guardiola's men will face Aston Villa in the Carabao Cup final, advancing 3-2 on aggregate despite losing a tense second leg to neighbours Manchester United at the Etihad

Manchester City lost 1-0 to Manchester United on Wednesday night but hung on to reach the League Cup final 3-2 on aggregate and will face Aston Villa at Wembley.

Nemanja Matic’s 35th-minute strike gave United victory at the Etihad Stadium but the midfielder was later sent off and it was not enough to overturn the 3-1 deficit from the semi-final first leg at Old Trafford.

Matic struck home a thumping half volley off the post as City failed to clear Fred’s curling free kick in United’s first threatening attack of the game.

But the Serbian was shown a red card for his second bookable offence 15 minutes from time and United were unable to get the second goal which would have sent the tie to penalties.

Matic’s first goal in more than a year offered United the tantalising possibility of turning round the tie after City had made the early running and twice forced saves out of goalkeeper David de Gea.

Raheem Sterling had the ball in the net six minutes after United went ahead but was offside and 13 minutes into second half he conjured up a horror miss as he tried to round De Gea and stroke the ball into the net.

The goalkeeper did enough to force him a touch wide, allowing time for defenders to drop behind and when Sterling found space to strike, he was off balance and hit the ball over the crossbar.

There was another let-off for United when Harry Maguire was caught in possession, but City again dithered and allowed the defence to block the chance.

With six minutes to play, Sergio Aguero netted after a clever through ball from Joao Cancelo, but was marginally offside.

United had a rare opportunity to get the second goal with an 88th-minute free kick after Maguire was fouled just outside the penalty area, but Fred struck his shot against the wall.

The final is on March 1 when City will seek to win the trophy for a third successive year and a fourth time in five seasons.