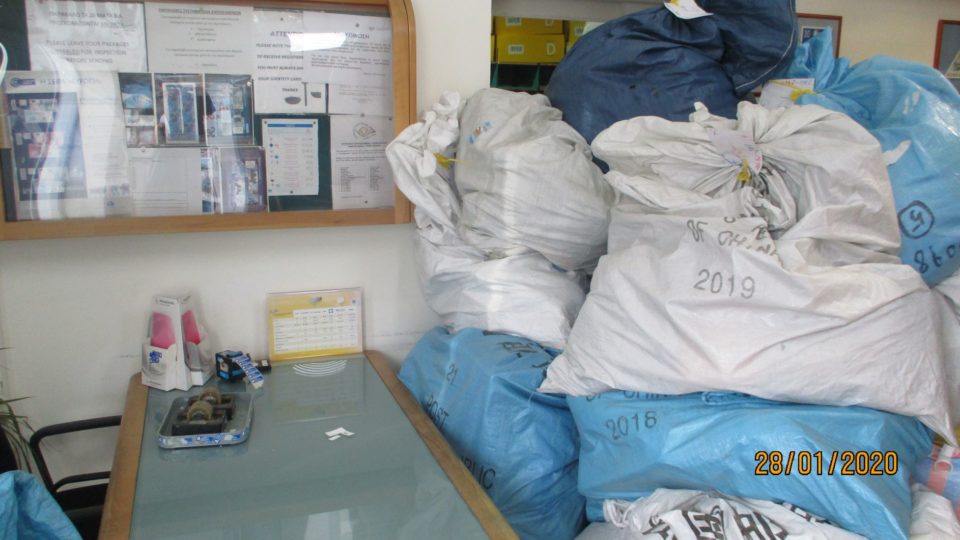 District post offices in Limassol will be expanded following growing complaints by residents over long delays in receiving their mail, the acting head of postal services said on Thursday.

Loose sacks of mail pack small post offices such as Kapsalos and Ayios Ioannis, barely leaving space for the public to walk in and demand their packages which are often over two weeks late.

A postal worker from Kapsalos post office, who wanted to remain anonymous, told the Cyprus Mail that some days they receive 50 bags of mail.

“I am devastated here but people are right to complain” the worker said.

The worker said the delays are not just down to limited space in district post offices. It can take mail between five and ten days to reach the main Limassol office from Larnaca, then a few more days before all the mail arrives at the regional post offices.

“Then there is a delay of two to three days from our side until we sort out all the mail,” said the postal worker.

Sofronis Chartas, the acting director of postal services, visited the Kapsalos post office on Thursday and ordered more shelves to be brought in to make it easier for the three postal workers to sort out the mail.

“We already rented the former winery next door to expand the space so the mail can be sorted,” Chartas told the Cyprus Mail. “We are expecting the works to start soon and be completed maximum by the end of February.”

According to Chartas, the post offices of Kapsalos and Agios Ioannis are particularly tardy in sorting mail of lack of space.

An available space is being sought to expand Agios Ioannis post office as well.

“We apologise for causing any distress to the public,” he said.

But Zoe Erotokritou, who runs the Agios Ioannis post office, told the Cyprus Mail lack of space is only part of the problem. She said there simply is not enough staff.

There are only two postal workers, and a few days delay before they can sort out the mail.

“People are very polite, they just want their mail so they might report the issue or complain,” she said, “but I would do the same.”

Chartas conceded staff shortages were an issue. He told the newspaper he has requested from the finance ministry that more positions, frozen in the financial crisis in 2012, be opened up