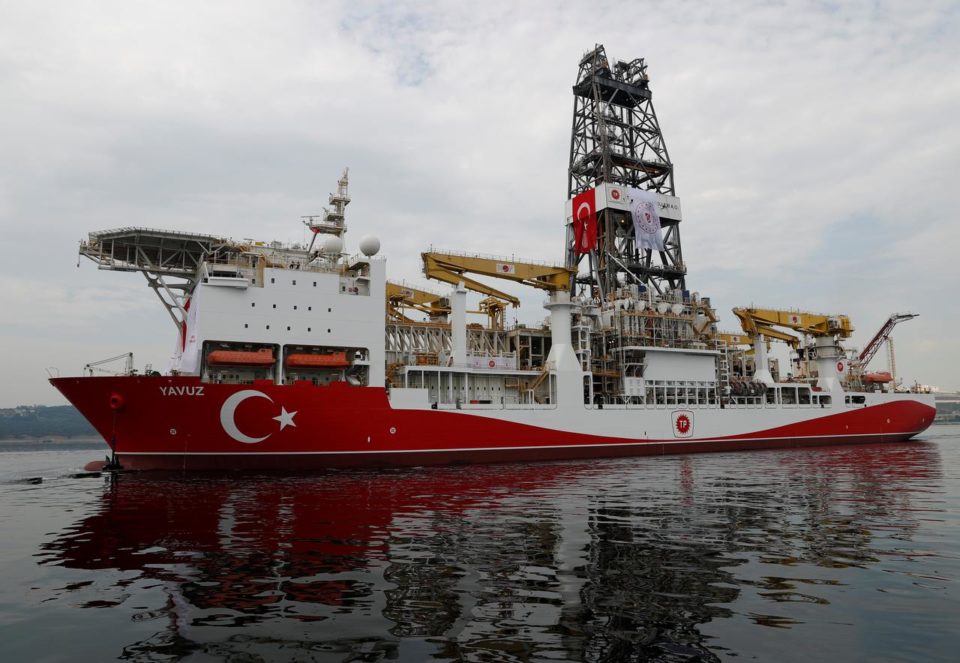 Nicosia on Thursday dismissed out of hand an offer from Ankara for all sides to cease hydrocarbons exploration off Cyprus until a settlement of the island’s political problem.

Earlier in the day, the Turkish foreign ministry called for a freeze on offshore gas explorations and drilling. Should Greek Cypriots refuse, it added, Turkey would press on with its maritime operations around the island.

“These [Turkish Cypriot] rights can only be guaranteed either by jointly suspending all offshore activities in the south of the island until a comprehensive settlement is reached in Cyprus, or by launching a cooperation mechanism by the Greek Cypriots with the Turkish Cypriots in accordance with the 13 July 2019 proposal,” said a statement by Turkish foreign ministry spokesman Hami Aksoy.

“Otherwise,” Aksoy added, “Turkey will continue resolutely to protect the rights of the Turkish Cypriots.”

Responding several hours later, Nicosia said Ankara’s offer was based on the false premise that Greek Cypriots were ‘usurping’ the rights of Turkish Cypriots on the island’s wealth.

“The government wishes once again to stress that the pretext invoked by Turkey, that it is supposedly protecting the rights of Turkish Cypriots, is baseless and moreover incommensurate with international law and the Law of the Sea (Unclos 1982),” government spokesman Kyriakos Kousios said.

The July 13 proposal cited by Aksoy referred to that floated by Turkish Cypriot leader Mustafa Akinci, for cooperation between Greek and Turkish Cypriots, including on revenue sharing from hydrocarbons proceeds.

Ankara said its ongoing survey and drilling activities off Cyprus “aim at protecting the rights of the Turkish Cypriots, not Turkey. Until these rights are guaranteed, the TP [Turkish state petroleum company] will continue to operate in these licence areas.”

Turkey also rejected calls on it to negotiate maritime jurisdictions west of the island.

“The delimitation of maritime jurisdiction areas to the west of the island of Cyprus will only be possible after the resolution of the Cyprus issue. It is out of question for Turkey to start maritime boundary delimitation negotiations with an entity that does not represent the Turkish Cypriots and usurps the title of the ‘Republic of Cyprus’ since 1963.”

“The Cyprus government has never usurped, nor intended to usurp, the rights of Turkish Cypriots, in contrast to Turkey’s own actions which are to the detriment of Greek Cypriots, primarily, but also of the Turkish Cypriot people,” said Kousios.

Kousios recalled a proposal made by President Nicos Anastasiades to Akinci on August 9, 2019. That proposal envisaged creating an escrow account for Turkish Cypriots into which part of the proceeds from gas sales would go – but on condition that Turkey recognize the exclusive economic zone of Cyprus.

“We again call on Turkey to enter into dialogue in order to delineate the exclusive economic zone between the Republic of Cyprus and Turkey,” said the spokesman.

Earlier this month, Turkey issued a marine advisory by which it reserved for drilling operations an area inside Cyprus’ offshore block 8. The advisory stated the Turkish drillship Yavuz will be carrying out drilling from January 18 to May 24.

Only this week the government said it was forging ahead with plans to prospect for more gas despite rising tensions with Turkey. Energy minister Giorgos Lakkotrypis told MPs that scheduled exploratory and appraisal drilling, as well as efforts to monetise the Aphrodite gas field, would continue this year.

The ENI-Total consortium is planning at least three drills in Cypriot waters in the 2020-2021 period.