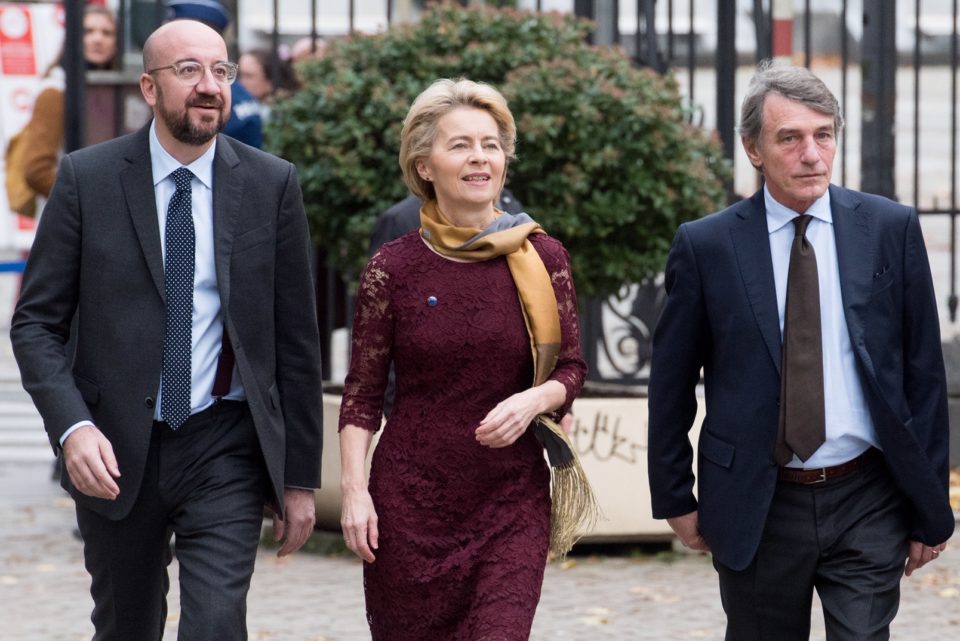 As the night draws in this evening, the sun will set on more than 45 years of the United Kingdom’s membership of the European Union. For us, as presidents of the three main EU institutions, today will inevitably be a day of reflection and mixed emotions – as it will for so many people.

Our thoughts are with all of those who have helped to make the European Union what it is today. Those who are concerned about their future or disappointed to see the UK leave. Those British members of our institutions who helped shape policies that made lives better for millions of Europeans. We will think of the UK and its people, their creativity, ingenuity, culture, and traditions, that have been a vital part of our Union’s tapestry.

These emotions reflect our fondness for the United Kingdom – something which goes far beyond membership of our Union. We have always deeply regretted the UK’s decision to leave but we have always fully respected it, too. The agreement we reached is fair for both sides and ensures that millions of EU and UK citizens will continue to have their rights protected in the place they call home.

At the same time, we need to look to the future and build a new partnership between enduring friends. Together, our three institutions will do everything in their power to make it a success. We are ready to be ambitious.

How close that partnership will be depends on decisions that are still to be taken. Because every choice has a consequence. Without the free movement of people, there can be no free movement of capital, goods and services. Without a level playing field on environment, labour, taxation and state aid, there cannot be the highest quality access to the single market. Without being a member, you cannot retain the benefits of membership.

Over the next weeks, months and years we will have to loosen some of the threads carefully stitched together between the EU and the UK over five decades. And as we do so, we will have to work hard to weave together a new way forward as allies, partners and friends.

Whilst the UK will cease to be an EU member, it will remain part of Europe. Our shared geography, history and ties in so many areas inevitably bind us and make us natural allies. We will continue to work together on foreign affairs, security and defence with a common purpose and shared mutual interests. But we will do it in different ways.

We do not underestimate the task that lies before us but we are confident that with goodwill and determination we can build a lasting, positive and meaningful partnership.

But tomorrow will also mark a new dawn for Europe.

The last few years have brought us closer together – as nations, as institutions and as people. They have reminded us all that the European Union is more than a market or economic power but stands for values that we all share and defend. How much stronger we are when we are together.

This is why the member states of the European Union will continue to join forces and build a common future. In an age of great power competition and turbulent geopolitics, size matters. No country alone can hold back the tide of climate change, find the solutions to the digital future or have a strong voice in the ever-louder cacophony of the world.

But together, the European Union can.

All of this gives us a renewed sense of shared purpose. We have a common vision of where we want to go and a commitment to be ambitious on the defining issues of our times. As set out in the European Green Deal, we want to be the first climate neutral continent by 2050, creating new jobs and opportunities for people in the process. We want to take the lead on the next generation of digital technologies and we want a just transition so that we can support the people most affected by change.

We believe only the European Union can do this. But we know we can only do it together: people, nations, institutions. And we, as presidents of the three institutions, are committed to playing our part.

That work continues as soon as the sun rises tomorrow.

Our View: Many hurdles ahead for ‘liberated’ Britain