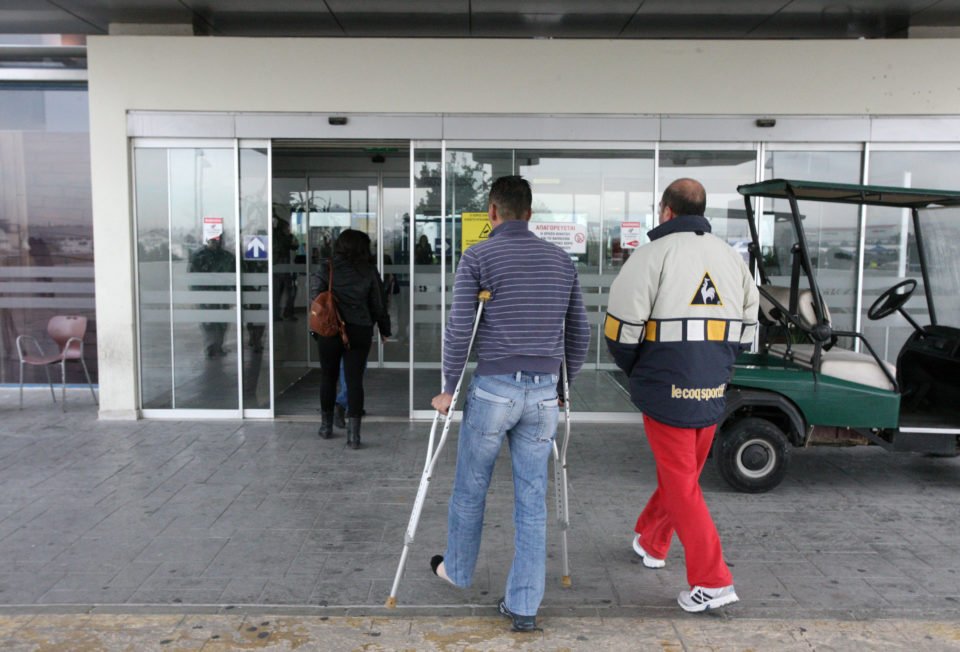 The strike by 550 hourly-paid staff at Nicosia general hospital was suspended on Friday morning and all employees went back to work shortly after 9am.

The cleaning staff who first went on strike were joined by all the other support staff at the hospital in a show of support.

The work stoppage, which started at 6.30am, was called off after a meeting of representatives of state health services Okypy, the health ministry and unions, who decided an intensive dialogue will start on Monday to resolve all problems.

It was agreed to set up a committee which will identify the problems. The results of the dialogue will be evaluated and the unions will then decide how to move on.

“As of Monday, given that the strike measures have been suspended, we are starting to discuss these problems and solutions must be reached within 15 days,” secretary of union Pasyek Peo Savvas Constantinou said. “In a month the whole situation should be assessed and we will move on with the implementation of our decisions.”

The union warned if the employees’ demands are not met they will step up the measures.

“Although we are determined to go on with the measures, nevertheless through today’s debate, they have shown a positive spirit of understanding the problems and the willingness to resolve the problems as soon as possible,” Constantinou explained.

Cleaners called the strike in protest over management decisions by Okypy which they claim have caused staff shortages.

Strike measures were decided when five cleaners were given the position of caretaker, whereupon the rest of the cleaners protested, arguing the cleaning operation could not function properly when employees are removed from an already understaffed department.

Nicosia general hospital spokesman Tassos Kakoullis said the cleaning sector at the hospital is understaffed by 25 employees, noting the removal of the five cleaners was the straw that broke the camel’s back.

He said the department should have 135 people working for it as the hospital is huge but there are currently just 110.

Unions said the shortages put the health of patients in hospitals at risk.

On Thursday, hourly-paid workers at Makarios hospital staged a one-hour work stoppage in solidarity with their colleagues.

Kids should be taught to accept responsibility for their actions