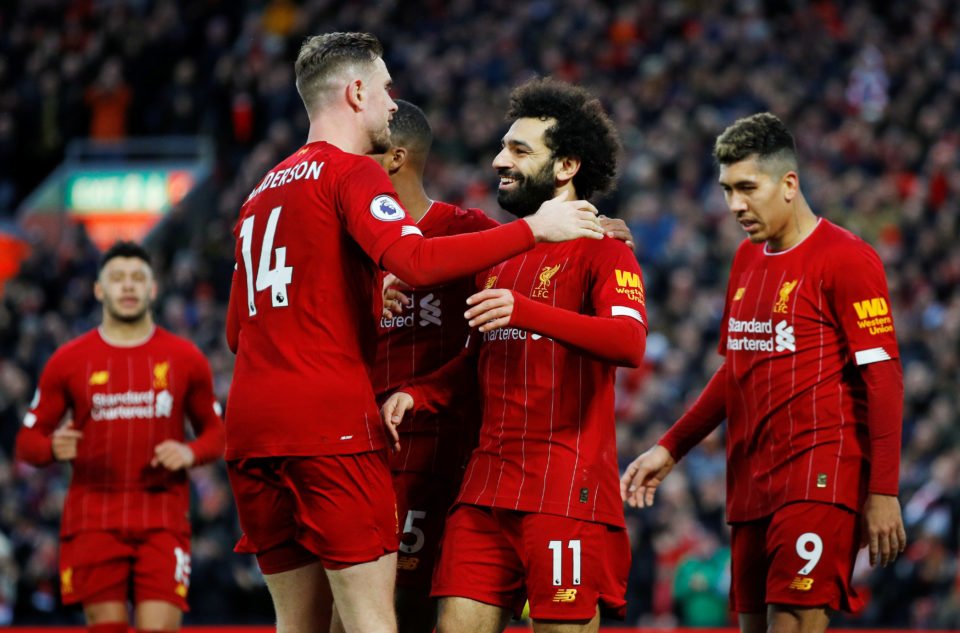 Premier League leaders Liverpool opened up a 22-point gap at the top of the table with second-half goals from Alex Oxlade-Chamberlain, Jordan Henderson and a Mohamed Salah brace giving them a 4-0 home win over Southampton on Saturday.

It was Liverpool’s 20th successive home win dating back to last season, matching Manchester City’s record set between March 2011 and March 2012. It left them miles clear of second-placed champions City, who visit Tottenham Hotspur on Sunday.

Missing the injured Sadio Mane, Liverpool looked disjointed in the first half with goalkeeper Allisson Becker twice denying Danny Ings after Southampton’s Alex McCarthy made an excellent double save at the other end.

Oxlade-Chamberlain, who also came close in the first half with a deflected shot, fired the home side ahead in the 47th minute when he cut inside and left McCarthy wrong-footed with a fine low drive from 18 metres.

Henderson doubled the lead on the hour when he drove the ball into the roof of the net from 10 metres out thanks to some good work by Roberto Firmino, who broke down the left flank and squared the ball back to his skipper.

Salah put the icing on the cake with two late goals – a dinked 72nd-minute finish as Henderson turned provider, followed by a scrambled stoppage time effort after he was released by Firmino.

Elsewhere, Everton’s Theo Walcott gave his team a 3-2 away win at Watford after scoring in the 90th minute, Newcastle and West Ham drew at home 0-0 and 3-3 against Norwich and Brighton, Bournemouth beat Aston Villa 2-1 at home and Sheffield won away at Crystal Palace 1-0.