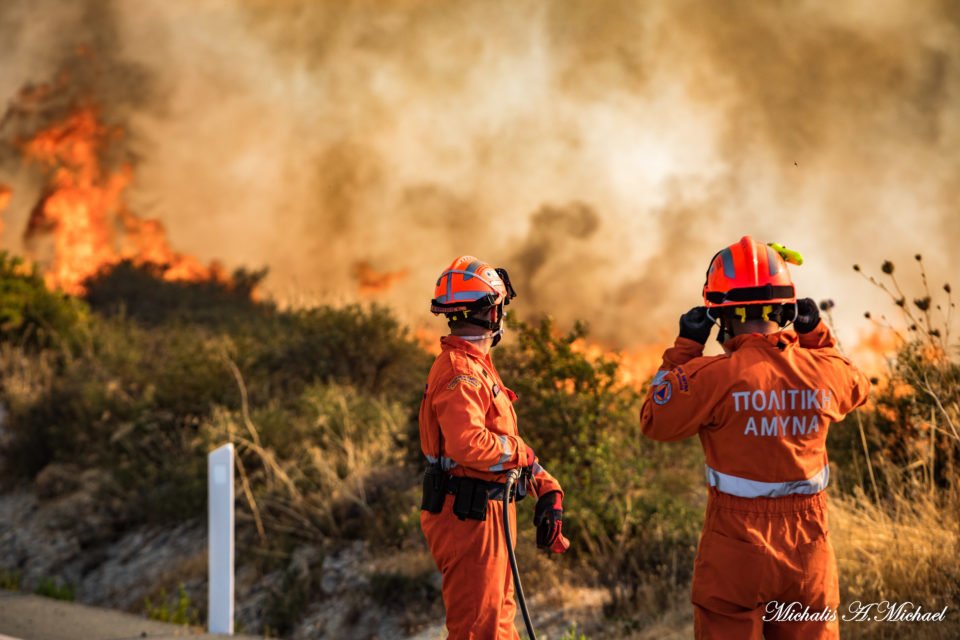 A major line of defence in all types of disasters, the Civil Defence is poised for major changes

From floods to fires, from earthquakes to explosions, the Civil Defence department provides the crucial support system to the police and fire departments during natural and human-made disasters.

But the force, which offers such vital support, is readying itself for a fundamental overhaul as it prepares for future challenges. The aim is to recruit more volunteers and change its structure which for decades has relied on often unwilling and frequently evasive ‘conscripts’ who have become adept at ‘draft-dodging’.

In its present form, the force operates with a permanent staff of 31 working with 520 permanent volunteers islandwide.

To bolster this small number, by law all female citizens of the Republic are supposed to complete a two-year obligatory part-time service in Civil Defence after they finish school or university, while men have do the same after they are too old for National Guard reserve duties. This is on top of the national service they do in their late teens.

“During the first year, they are trained in first aid, how to use the radio transmitters and how to erect tents,” explained Pari. “While during the second year they apply what they have learned by attending public events such as the Limassol carnival or street parades to assist with any health emergencies.”

But for years, many have wriggled out of their obligation to serve, as the state does not penalise those who fail to appear.

According to the department, Famagusta has the higher percentage with 99 per cent of residents having served in the force, followed by Larnaca with 85 per cent while Nicosia and Limassol come last with only around 50 per cent of people doing their stint with the Civil Defence.

The overall shortfall is why the force needs 45 to 60 minutes to respond to a call from the police or the fire service, as they heavily depend on volunteers who are not always immediately available.

Kyriakos Hadjigeorigou, the current acting civil protection commander, spoke to Sunday Mail about his experience during the tragic Mari explosion on July 11, 2011 when a large amount of ammunition and military explosives self-detonated at the naval base, killing 13 people.

“When the explosion happened in Mari, I received a phone call by the police a few minutes after six in the morning,” he said.

At first it was decided that only first aiders should go to the scene. This was judged by Hadjigeorgiou as totally insufficient so he called for paramedics instead.

“First aiders would not have been able to respond to the explosion.”

Hadjigeorgiou said as an initial move towards an overhaul a workshop with selected volunteers from all towns took place last year. The aim was to share opinions about the urgent needs of the force and submit them to the experts who will be in charge of the reorganisation.

To this end, the government decided to increase the number of volunteers from just over 500 to 2,000 in the next two years and ban the obligatory service within the next four years.

The submission of bids from Cypriot and international entities will start by the end of February, with the aim to change existing legislation dating back to 1996 and create a training academy for all specialties.

“We will prepare a detailed plan explaining how the department will assist this change and submit it to the government,” Pari said.

Pari explained why the compulsory service which was introduced decades ago is no longer fit for purpose.

“There was a strong desire from locals to get trained following the events of ‘74. These days, especially young people, do not have the same priorities.”

Just a few example serve to highlight how important the promised overhaul is.

Pari, for example, was in charge of the creation of the first reception centre for migrants at the old Pournara military camp Kokkinotrimithia six years ago, following the arrival of the first big group of Syrian refugees.

“In just a few hours we had to assemble the first station to welcome more than 300 people,” he said.

“Kokkinotrimithia is the only reception shelter still used to host migrants for the first three days after their arrival on the island while they undertake their medical exam,” the senior officer explained.

The management of the reception shelter is currently assigned to a joint venture of Ilarchos security and the NGO Centre for Social Cohesion, Development and Care under the supervision of the Civil Defence.

Apart from their involvement with the arrivals of refugees and migrants, the force played a vital role during recent flooding following the heavy rainfall.

“Civil engineers used to construct infrastructures based on the possibility of a small natural disaster every 20 years,” explained Pari, who is a civil engineer specialising in earthquakes.

“Now they must build them based on the possibility of one larger damage every 100 years. We already had three floods this last decade, when we were expecting one in 20 years, two of them were this and last year,” he said.

Serious earthquakes are a perennial fear. Civil Defence is in charge of performing national risk assessments to measure the possibility of different natural disasters and their consequences. The fact that Cyprus does not experience minor earthquakes is not positive, as it increases the possibility of a large one in the near future. The last major earthquake on the island was in 1996.

In case of a terrorist attack or war, the force automatically becomes independent from the state and helps people without interfering with the military.

There are also 2,500 shelters available for use during conflict.

“They are meant to be used only in case of a war for a few minutes to protect people during the bombing. They are not meant to be inhabited nor do they belong to the civil defence,” explained Pari.

Various responsibilities fall under the department, which has small stations in different areas of all the towns to ensure they have direct contact with people through the community leaders.

But despite its many successes, there is no getting away from the need for change.

“I am not saying we cannot do our job, but the department needs a restructure” said the acting head of the service.

A road map to peace in the East Med