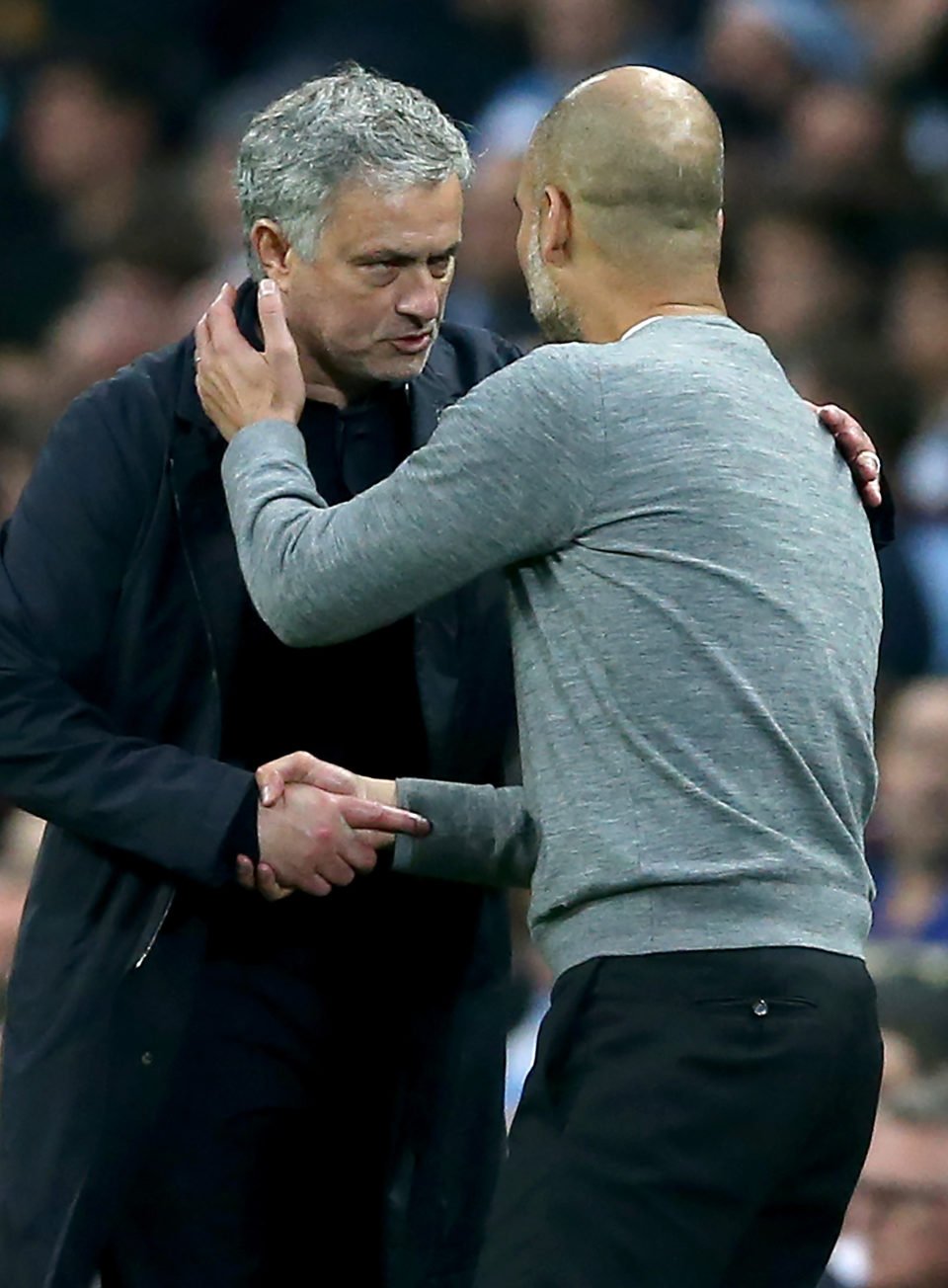 Mourinho replaced Mauricio Pochettino as Spurs manager in November but has endured a mixed start in north London, guiding the club to just one win in their last five Premier League matches.

The Portuguese was sacked from his previous two jobs – at Manchester United and Chelsea – and has been criticised for his tactics in recent months.

Guardiola dismissed the notion that Mourinho’s methods are outdated when compared to his and those of Liverpool manager Juergen Klopp.

“The value of Jose, a manager with a lot of experience with a lot of success, is not to be judged on one season, or 1-1/2 seasons,” Guardiola told a news conference. “I’ve always had incredible respect for what he’s had in his career.

“You have seasons with good and bad periods, and have to rebuild things. For 15 or 20 years he’s been there (successful) all the time and that must be respected, it’s the most difficult thing to be there all the time.

“Michael Jordan won six NBA titles, they lost more than they won but he was the greatest athlete – you keep going and work hard.”

Guardiola’s City proved to be too strong for Mourinho’s United during the Portuguese’s 2-1/2 seasons in charge at Old Trafford, but the rivalry was less ferocious than when the pair were the respective managers of Barcelona and Real Madrid.

“Maybe we are older and more experienced,” Guardiola added.”I know every time we played people weren’t talking about who is going to win, just my performance or his, and after that they’d be happy. It didn’t happen.”

Guardiola has not ruled out centre back Aymeric Laporte from City’s trip to Spurs. The Frenchman felt fatigued following his comeback game against Sheffield United.

“If Laporte had a set-back, I would tell you – I only tell the truth,” Guardiola said. “Maybe he can play against Spurs, but we don’t know just yet and if he can’t, he will be fine for West Ham.”

Meanwhile, Mourinho is excited about his latest young signings as he seeks to rebuild last season’s Champions League finalists following a slump this term that has left them struggling for a top-four spot in the Premier League.

The Spurs boss, criticised in the past for relying too much on experienced players, appears keen to develop a young squad, having recruited Dutchman Steven Bergwijn, 21, and Portuguese loan signing Gedson Fernandes, 19, in the January window.

Fernandes made his first start in the FA Cup fourth round tie at Southampton last weekend and Mourinho said Bergwijn will be involved in the game against Manchester City.

“He is the kind of player that is good for now but is also good for our future, and also good for the direction that we want to go,” he said.

Mourinho added that Eriksen’s departure to Inter Milan for a transfer fee of 20 million euros was a good piece of business by Tottenham chairman Daniel Levy since the playmaker only had six months left on his contract.