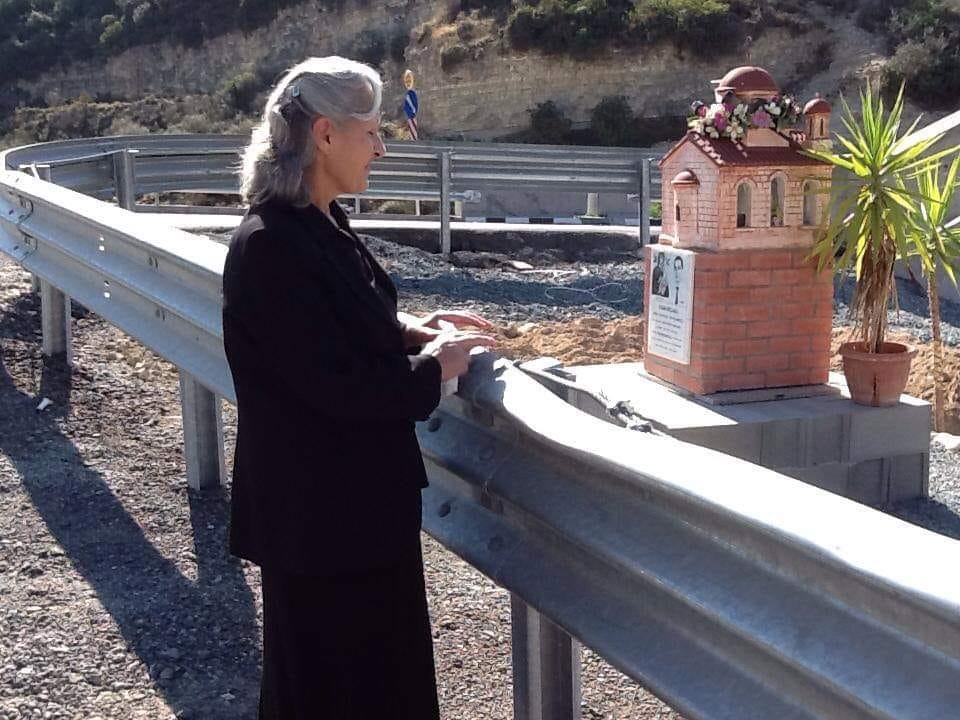 The European Court of Human Rights’ (ECHR) ruling this week that Cypriot authorities had botched an investigation into the death of a soldier found under a bridge in the district of Limassol in 2005 was a small victory for his family, who have spent the last 15 years fighting to find the truth.

Thanasis Nicolaou, 26, was found under a bridge in Alassa on September 29, 2005. The bridge is about 12 kilometres from Thanasis’ home and barracks. He was meant to report back to his unit after an overnight leave.

His death was quickly ruled a suicide by state pathologist at the time Panicos Stavrianos. Based on that, the police did not even entertain the possibility of foul play.

To say the investigation by Lania police station was deficient would be an overstatement. A separate probe by the National Guard was equally inadequate.

From the outset, the family believed Thanasis’ death was foul play and was covered up. For the past 15 years the family has been fighting to prove their case, spearheaded by Thanasis’ mother, Andriana Nicolaou.

“I’m not letting go, but I need help, I need support,” she told the Sunday Mail. “I have the weapons; I need an army.”

A cancer survivor, Nicolaou said she had two choices after her son’s death; either to fight or die.

“I chose to fight,” she said. “This fight gives me strength.”

In 2010, the family took the fight to the Strasbourg-based ECHR, which this week found that Cyprus had violated Article 2 of the Convention on the Right to Life, having botched the investigation.

“The Court finds that the foregoing considerations are sufficient to establish that the domestic authorities failed to carry out an effective investigation into the circumstances surrounding Mr Nicolaou’s death and accordingly that there has been a violation of the procedural aspect of Article 2 of the Convention,” the ECHR said.

Thanasis had moved from Australia with an architect’s degree from Melbourne University, to set up a new life and an office in Cyprus.

But he first had to complete six months of compulsory army service, during which, according to his parents, he was bullied for the first three months before his death.

“Turning to the circumstances of the present case, the Court notes that two police investigations, a military investigation, an investigation by two criminal investigators appointed by the Council of Ministers and two inquest proceedings were conducted. The overall investigation into Mr Nicolaou’s death, which spanned approximately thirteen years, was brought to a close in September 2018 with the Attorney General’s decision that it had not been possible to secure evidence indicating that Mr Nicolaou’s death had been the result of a criminal act,” the ECHR said.

To lawyer Constantis Candounas, who represented the family at the ECHR, the only remedy would be for the state to order a fresh investigation from scratch.

“It’s tragic, no one knows; and the reason they don’t know is because it wasn’t investigated properly,” he said.

The initial verdict of suicide has been changed over the years to “not suicide” with “inadequate evidence for criminal activity and probable death as a result of a fall from a height.”

It was Stavrianos’ position that Thanasis fell 20 metres to his death. He said there were fractures to various parts of his body but the mother says no X-rays were taken.

The family says they have gathered evidence that disputes this verdict and indicates foul play with probable drowning.

They are now trying to have Thanasis’ remains exhumed so that they can be examined by Greek pathologist Phillipos Koutsaftis, the former head of the Athens coroner’s service.

The hearing was scheduled for Monday at the Limassol district court, but the family were notified this week that it had been moved to February 11.

After the initial police investigation, Stavrianos told the mother that Thanasis had probably got dizzy and fallen off the bridge.

According to the ECHR ruling, the root of the problem lay in the initial police investigation which “was marred by a number of significant shortcomings.” A fact acknowledged both by the investigators appointed by the cabinet and the attorney-general later on.

“The Court observes that it emerges from the case-file that the entire initial police investigation was from the very beginning conducted on the premise that this was a simple case of an unnatural death and that Mr Nicolaou had most likely taken his own life, never seriously questioning this premise or endeavouring to verify any other possible scenario. As a consequence, the investigation was not carried out by experienced criminal police investigators with forensic experience and the line of investigation was limited, leading to oversights and, as many questions were left unanswered, a tenuous conclusion.”

It became blatantly obvious that the officers at the scene had failed to take sufficient measures to protect the area and to conduct a thorough examination of the scene. They were not meticulous in gathering evidence and failed to collect DNA samples from Thanasis’ car and personal belongings, namely, his glasses, wrist watch (found underneath his back), wallet and clothes, and to test the vomit found next to him as well as sand and water found in his mouth. They had also failed to investigate the provenance of beers that he had drunk.

No toxicological analysis of the stomach content had been conducted because the vial holding the content of the stomach had, for unspecified reasons, not been sealed.

Andriana Nicolaou herself had found blood drops some three metres from where Thanasis’ body lay. Tests later matched the blood to her son.

His mobile phone was never found but no request had been made for an official and full recovery of the data and no such recovery took place.

The investigation had been confined to an unofficial record of incoming and outgoing calls without the names of the persons associated with the numbers.

As these records were only retained for six months by CyTA it was no longer possible for the investigators to trace the calls.

And although the bullying claims were examined by the police during the initial investigation, statements had not been taken from all the soldiers serving in his unit.

“The initial police report did not even mention the problems faced by Mr Nicolaou in the army, never mind whether they could have had any link to his death,” the court said.

Andriana Nicolaou believes the court cannot refuse their request for an exhumation after the ECHR ruling.

The question is how much longer would it take for the truth to emerge.

The DEVIL, the deep blue sea and Scotland, Palestine and Cyprus