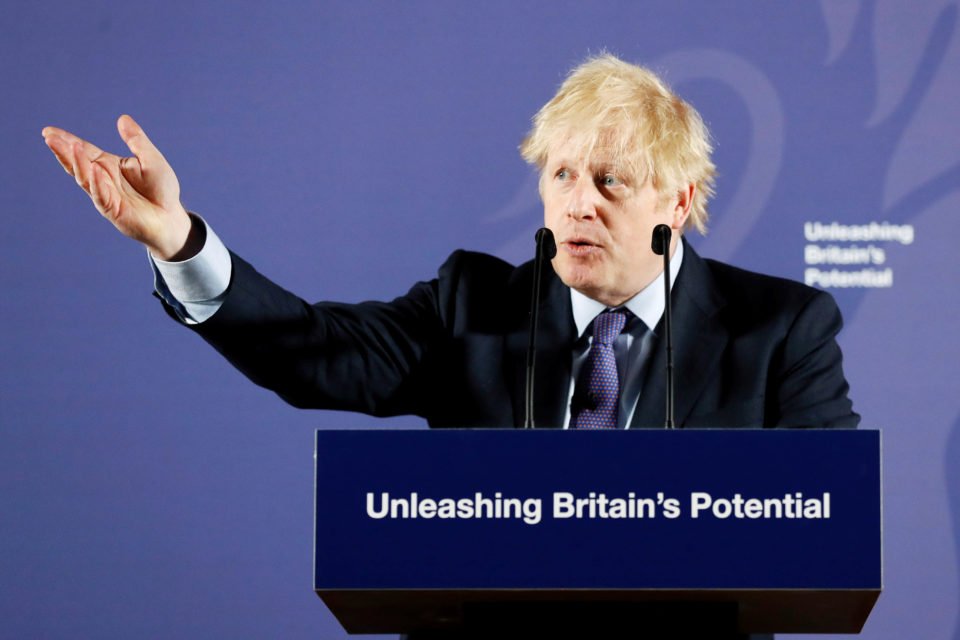 The European Union and Britain clashed over a post-Brexit trade deal on Monday, with the two sides setting out very different visions of a future relationship that could result in the most distant of ties.

Almost three days since Britain officially left the EU, both sides presented their aims, with the question of whether London will sign up to EU rules to ensure frictionless trade shaping up to be the defining argument of the negotiations.

Both want to secure a trade agreement, but Britain has set a deadline of the end of the year and the EU has warned that if Prime Minister Boris Johnson wants a no-tariff, no-quota deal, he will have to sign up to its rules to ensure fair competition.

Johnson said he would not do that, in a speech that harked back to Britain’s past trading successes, promising that his government would again be a champion of free trade and jealously guard his country’s new-found “sovereignty”.

“Humanity needs … some country ready to take off its Clark Kent spectacles and leap into the phone booth and emerge with his cloak flowing as the supercharged champion of the right of populations of the earth to buy and sell freely among each other,” he said, referring to Superman’s alternate character.

Saying Britain was ready “for that role”, he went on to say London was ready to accept an agreement with the EU, the world’s biggest trade bloc, similar to that enjoyed by Canada, whose rules are not aligned with those of the EU.

“There is no need for a free trade agreement to involve accepting EU rules on competition policy, subsidies, social protection, the environment or anything similar, any more than the EU should be obliged to accept UK rules,” Johnson said.

Promising to maintain “the highest standards”, he said that if such a deal was not achievable “then our trade will have to be based on our existing Withdrawal Agreement with the EU”.

“The choice is emphatically not ‘deal or no-deal’. The question is whether we agree a trading relationship with the EU comparable to Canada’s – or more like Australia’s,” he said in the Painted Hall at the Greenwich Royal Naval College where grand 18th Century paintings celebrate Britain’s naval power.

At the moment, much of EU-Australia trade runs along basic World Trade Organization rules, though there are specific agreements for certain goods. Australia is in the process of negotiating a trade deal with the 27-nation EU.

The acceptance of what for many experts is little more than a so-called no-deal Brexit sent sterling lower by more than 1%.

With the talks not due to start until March, the tough talk could be part of a negotiating strategy for both sides.

But for Johnson, according to sources, December’s election, which handed him a large majority in parliament, was an endorsement of his policy of putting Britain’s right to set its own rules and to trade with other nations above the demands of business for continued frictionless trade.

The EU, in turn, does not want to see Britain undercut its rules.

Brussels says it wants an ambitious zero-tariffs and zero-quotas trade deal, but has been clear this will be conditional on open and fair competition between the two, the EU’s Brexit negotiator said.

Michel Barnier, unveiling the European Commission’s mandate for talks with Britain on their future relationship, said there should be a level playing field over the long term on social, state aid and environmental standards.

“You cannot accuse us of a lack of ambition,” he told a news conference in Brussels. “First and foremost, we will defend the interests of the union, its citizens and its businesses.”

“We’ll continue to prepare for a situation where no deal is being arrived at. We certainly don’t want that to happen. We’ll work to avoid that, but if we can’t manage a deal by the end of the year there will be a cliff-edge on many fronts.

“There will some areas where there’ll be no other solution. I’m thinking about trade and fisheries here,” Barnier added.

Touching on one of the thorniest parts of the future negotiations, Barnier said a free trade agreement must include a deal on fisheries that would give reciprocal assess to waters, and conditions on these must be established by July 1, 2020.

“We are ready to offer all this even though we know that there will be strong competition between the UK, our immediate neighbour, and the EU in the future,” he said.

High school students to abstain from school in exam protest

Opposition pounces on president over use of private jet