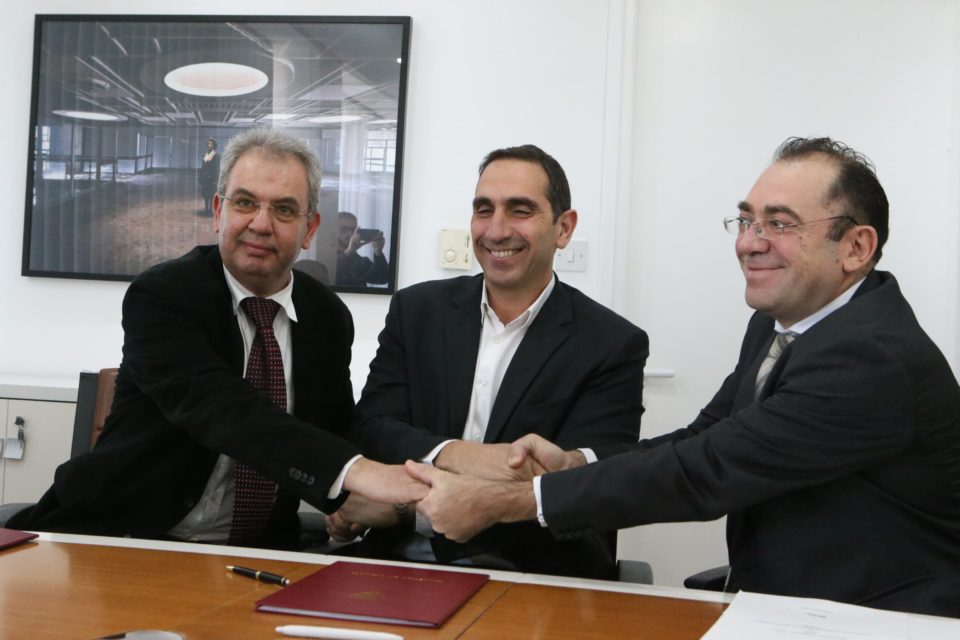 The head of the private hospitals’ association Pasin on Monday signed the long-awaited memorandum with the health insurance organisation (HIO) which forms the basis of negotiations for private clinics to enter Gesy.

The health minister, Costantinos Ioannou, HIO chief Thomas Antoniou and the head of the private hospitals’ association Savvas Kades, signed the initial agreement to mark the beginning of negotiations among its members.

“It is the result of hard work and good will,” said HIO chief Antoniou said.

The memorandum’s conditions will be incorporated in the form of a contract which will be signed by HIO and individual private hospitals that choose to join the system.

Antoniou said the private hospitals wanting to join Gesy must express interest by February 15 so that separate negotiations can start.

Other private clinics who decide to join the national health scheme after February will be able to do so at a later stage but on different terms, the HIO chief said.

“The signing of the memorandum is a great start,” said Kadis “but it is not enough. This is only the beginning.”

By May 31 the sides should have agreed on the individual budgets for each hospital.

Recording shows Iran knew immediately it had shot down plane