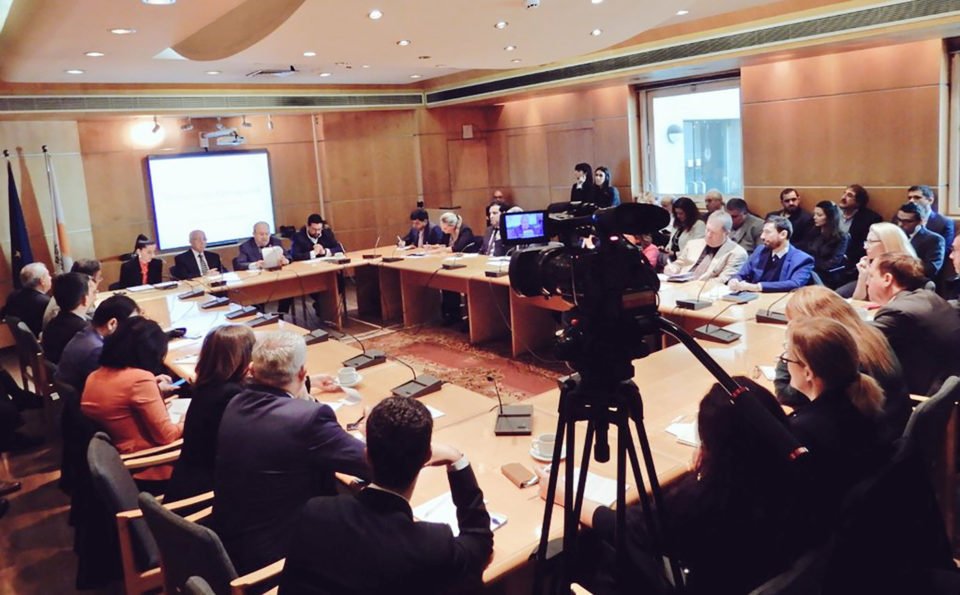 Famagusta can serve as a bridge for the overall solution of the Cyprus problem and for the reunification of Cyprus, Famagusta mayor Simos Ioannou said on Tuesday.

Speaking during a meeting between the Famagusta council with representatives of the diplomatic missions of EU Member States in Cyprus and members of the diplomatic corps based in Nicosia at the foreign ministry, Ioannou referred to “actions taken by Turkey and the illegal regime in the occupied areas for the colonisation of our enclosed city or its opening under an occupational regime.”

This is a plan, he said, “that is literally a stab in the very heart of the thousands of citizens of Famagusta who are living today as refugees in every corner of free Cyprus.

“At the same time, Turkey’s actions undermine the very prospect of a comprehensive solution to the Cyprus problem, which plays an important role for peace and stability throughout the region.”

He also added that “the Famagusta issue is a key issue in the Cyprus problem and all the reports of the UN Secretary-General explicitly state that Turkey is responsible for the fate of the enclosed city of Varosha.

“Turkey is responsible for the current state of the city and for the rejection of the efforts made by the Cypriot governments throughout all these years to raise awareness regarding the enclosed city of Famagusta.”